Adam Corbin thrown off the scent at Crafty Fox Half Marathon 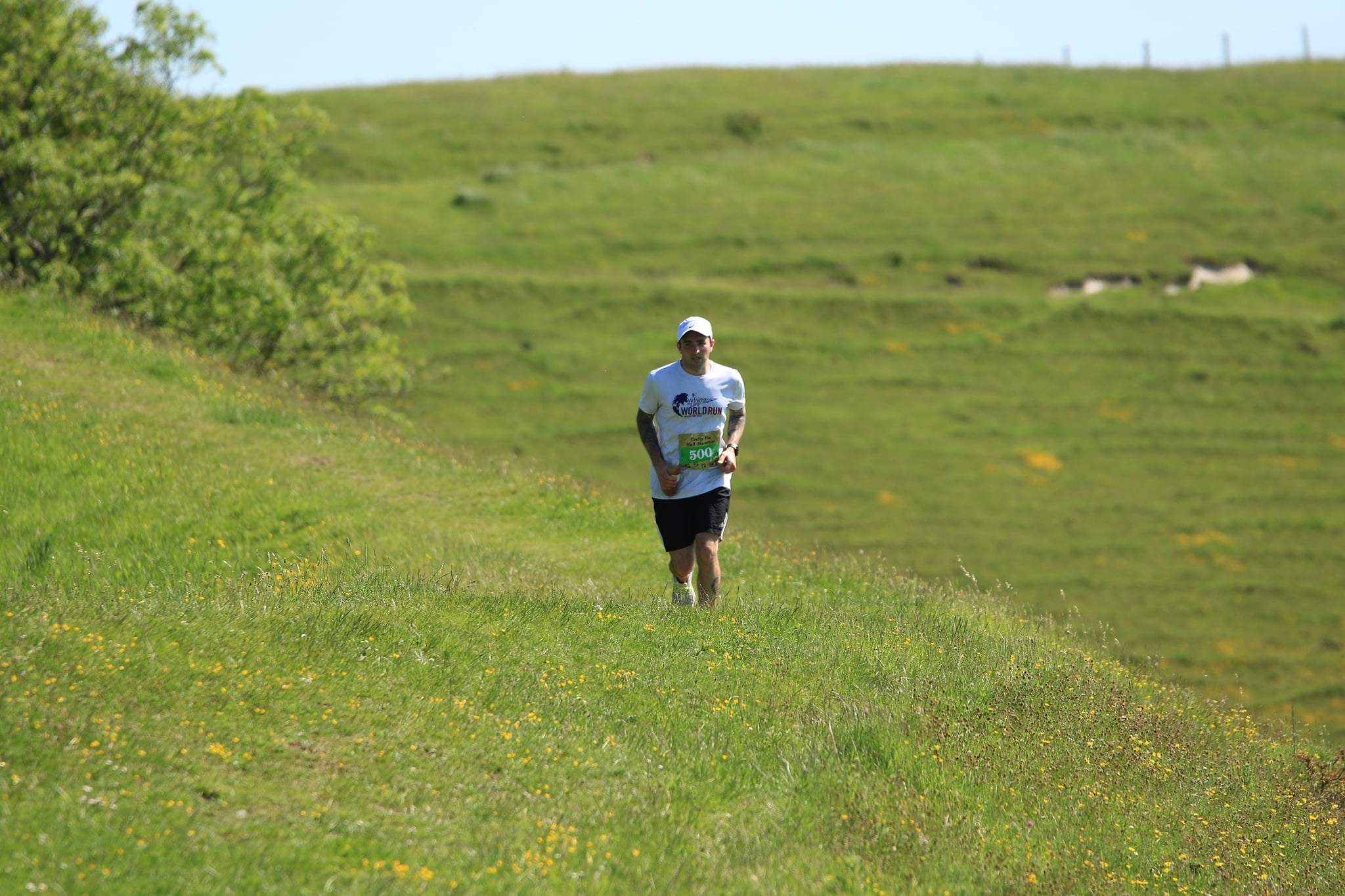 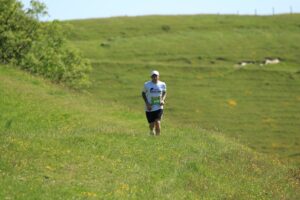 As is the case with most White Star Running events, the Crafty Fox Half Marathon is on a very tough off-road route with numerous steep climbs and sharp descents to negotiate. It’s certainly not the type of race you want to make any harder for yourself than it already is.

The course is takes in the Wessex Ridgeway and Dorsetshire Gap along a wonderfully scenic, countryside escape. Featuring over 1,500ft of elevation, it would be a challenge to any runner of any ability.

If you have a love for really testing trail races with hills-a-plenty then this is definitely the event for you. For Adam Corbin though, he was slightly out of his comfort zone on this sort of terrain.

To his credit though, Adam agreed to give it a go and went along with his former Westbourne Running Club teammate Kevin Drayson. After all, it’s just a half marathon out in the countryside. What could possibly go wrong?

Adam was going into it in peak form, off the back of a lightening quick new PB time of 34:48 in the Egdon Easy 10k. This was a different prospect altogether though and he was in for a much rougher ride.

After a short downhill section it was straight onto the first very long, steep climb. That led up to about the 2 mile point, then there was a lengthy descent after that where Adam was really able to pick up the pace.

On the sixth mile there was another tough hill to content with which took him over the seven mile point and it was so far so good for Adam. 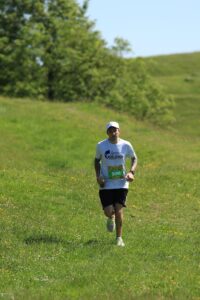 At that point he was in third place and going well. That was about to change though. On the eighth mile, he latched onto two other runners who were going in the same direction, assuming they were in front of him.

It turned out though that they weren’t actually in the race at all. They were just two guys out for a run. To make matters worse, they were following a different route as well and as a result, Adam went off course.

As soon as he realised he turned back but he then had to back up a really steep hill that he’d just gone down, unnecessarily.  It was a real blow to Adam as he lost a significant amount of time, during which he’d been overtaken by the third and fourth placed runners, knocking him down to fifth place. 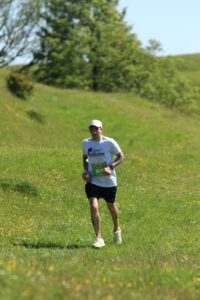 After that he lost motivation a bit and the remaining climbs were so long as steep that on some occasions he was reduced to walking pace. Nevertheless, he soldiered on though and was still able to maintain a good fast pace on the downhill sections.

Completing the course in a time of 1 hour 50 minutes and 51 seconds, Adam had taken 5th place in the standings, which was not a bad result in a field of 197 participants. It was tinged with frustration though as the little detour he’d made ended up costing him two places.

In the end he ran 13.93 miles when it should have been 13.76 miles. And he also did an additional 75ft of ascent which did prove costly. His average pace for the run was 7:57 minutes per mile which is pretty good considering he’d got through 1,656ft of climbing. 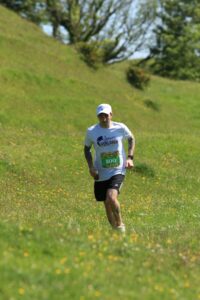 Finishing in a time of 1:50:51, Adam had to settle for fifth place in the end

Philip Mosley of New Forest Runners picked up the victory in a time of 1:37:48, with Lewis Clarke of Lonely Goat taking second in 1:38:11.

The runners who profited from Adam’s misfortune when he went off course were Jon Huggins who was third in 1:47:48 and Matthew Bosanquet of Lytchett Manor Striders who took fourth place in 1:50:18. Adam’s friend Kevin was 6th in 1:54:33.

Flora Johnson of Egdon Heath Harriers was first female, finishing in 1:58:56 which put her in 13th place overall. That gave her a huge margin of victory over Virginie Morris of Dorchester RIOT who was second lady in 2:17:37 and Paula Wright of Lytchett Manor Striders who was third woman in 2:17:45.

For a runner like Adam, who is at the top of his game at the moment, to struggle, illustrates how brutal the course was. It will be a lesson learnt for him as well in how one lapse of concentration can be costly. You have to always be vigilant in races like this and it’s not always as simple as just following the person in front. 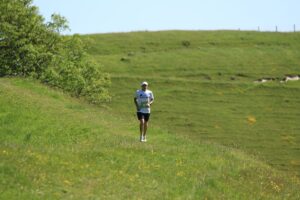 Suffice to say Adam won’t be rushing out to do another White Star event any time soon!!