All Brighton breezy for Stu Nicholas in his latest marathon marvel 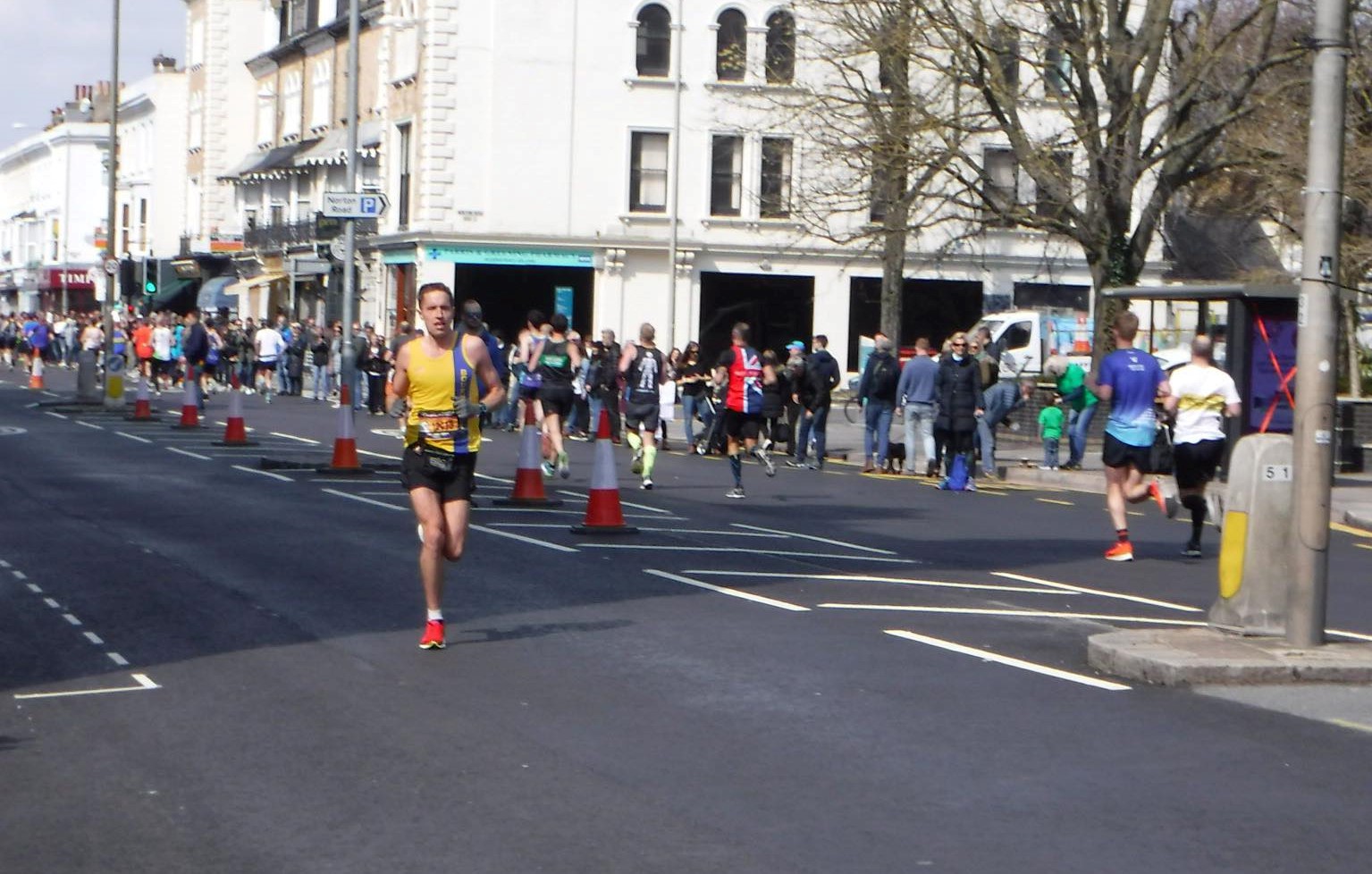 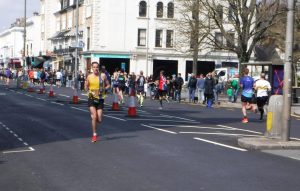 Out for a fast time, Stu Nicholas was taking no prisoners in the 2019 Brighton Marathon

In all of the 14 marathons Stu Nicholas completed last year to elevate his tally to 50, not many of them were, what you would term as fast road marathons. They were often either on tough off-road courses or multiple laps round the lake and included some treacherous treks along river banks and undulating, country road canters in scorching conditions.

Sometimes they were even back-to-back marathons in the same week, or in some cases, on the same weekend! He didn’t really do any of the so called ‘big marathons’ where he’d have the chance to go for an excessively fast time and have the benefit of a roaring crowd cheering him on at every turn.

That’s not to say he didn’t go fast in them though. Despite the tricky nature of the races, he still managed some terrific sub-three hour displays and went home with the winning time in many of them. But they weren’t really scenarios where he would have expected to be challenging for a PB or anything like that.

There was also the fatigue factor. When having to do so many marathons in quick succession, he often hadn’t had the chance to fully recover from  a marathon before he found himself out there doing his next one, so in that sense, he wasn’t really exercising his true potential. That was all part of the challenge though.

The 2019 Brighton Marathon represented a very different proposition for Stu. He’d had a bit of time to recover and recuperate since completing four marathons in four days at the Enigma Quadzilla back in February, where he won two and was second in the other two to finish as joint overall winner.

A couple of weeks later he ran a very strong 10 mile PB at the Bournemouth 10, so he knew he was in good shape. Now it was time to put the pedal to the metal and hit the streets of Brighton with gusto.

Race preparation is also a key factor of course and Stu had booked an Air B&B very close to the start line so all he had to do was roll out of bed and there he was.

The starting procedure included a Good For Age zone which enabled Stu to get away with no fuss and get into his stride relatively quickly. He began the race with a 5:46 mile, signalling his intent for the rest of the race. 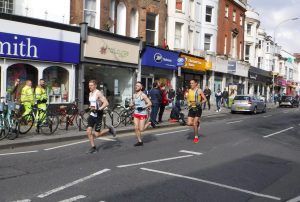 The first few miles were around the town centre, with Stu arriving at the 5k point in 18:03. After that it was a long out-and-back stretch towards Ovingdean which was into a headwind and with a slight incline.

Reaching the 10k stage in 36:38, it was certainly an impressive first part of the race for Stu. He only had one other runner to help put the work in over that sector though so it was tough going. The blessing was that on the way back it would be a tailwind and a decline.

It was then back into the centre for the half way point, which Stu arrived at in a terrific time of 1:17:38. The guy he was running with began to pull away after that but Stu remained disciplined, looking to keep his pace consistent. 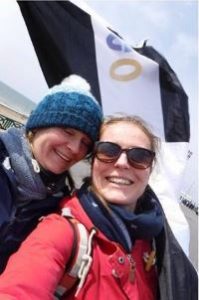 The miles from 13 to 18 were a dog leg to make up the distance. Stu ran this section on his own, just trying to push on as much as he could.

The section of the course that lay in wait between miles 18 to 22 was known as ‘the road to hell’ because it was simply a road that led to an industrial estate and back. It was right on the coast though so the a headwind wreaking havoc along the way.

The last four miles or so were on the over-cliff which meant loads of crowd support over the final stretch and encountering the masses heading in the other direction. They were about half way into their race at this point. The headwind once again came into play though and put paid to Stu’s chances for any further progress. 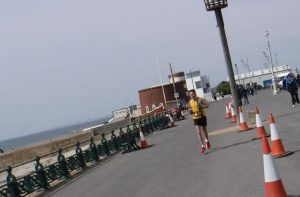 It was frustrating for Stu as he was on form for a sub 2:40 but he lost about a minute on each of the last four miles as a result of the hellacious headwind.

A big effort over the last 400 metres saw Stu overtake his aforementioned companion and he arrived at the finish line in a staggering time of 2:43:10. That put him in 24th place overall, which was a remarkable achievement in a field of 16,651 people. 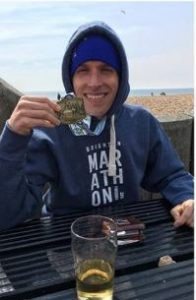 That was an improvement of 34 seconds on his previous best marathon time, which he did at London in 2017. His average pace for the run was an incredible 6:13 per mile.

Although he would have loved to have gone sub-2:40, given the testing headwind he’d had to face for much of the run, it was a fantastic performance from Stu and certainly showed signs of progression which is always pleasing.

The race was won by Peter Le Grice who, despite the windy conditions, charged to a 2:16:23 finish. That gave him a winning margin of almost two minutes on his nearest rival Paul Navesey who was second in 2:18:17. Ian Leitch took third place in a time of 2:18:34. 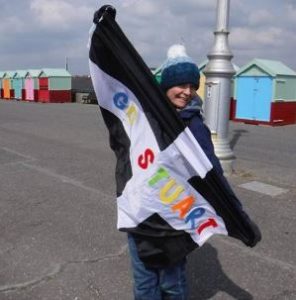 Stu was eternally grateful to his partner Anna and her sister Helen for their exemplary support during the race. Anna covered almost 12 miles, darting from place to place to cheer him on wherever she could.

After the race, Stu enjoyed the best rehydration technique known to man in the form of a couple of pints down the pub and there was certainly no disputing the fact that he’d earned them on this occasion. 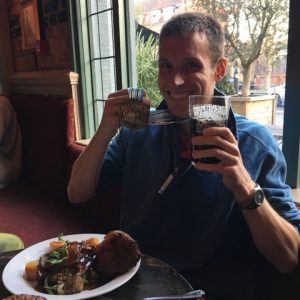