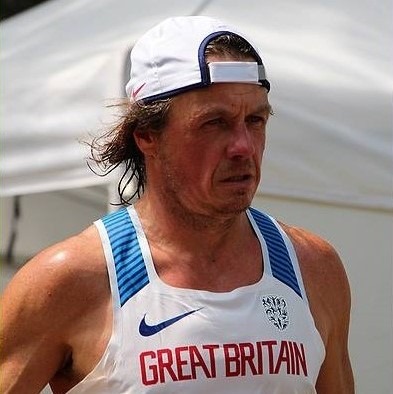 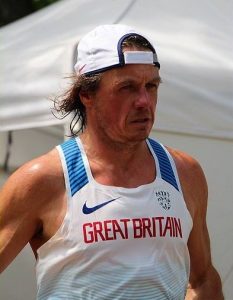 The remit for a 24-hour race is generally pretty simple. Cover as much distance as you possibly can within the 24-hour period. That means very little time for resting, refuelling, repairing or recuperating. Those that harbour ambitions to do well on an international scale know they have to have the stamina and strength to keep throughout the entire duration of the race.

Just as he was last year in the World 24-Hour Championships last year, Bournemouth AC’s resident rambler Pat ‘Paddy’ Robbins had been selected to represent Great Britain in the big showdown. For Pat, that meant a tough, rigorous training schedule over the Spring to prepare for the gruelling task ahead.

The venue for the 2018 European Championships was Timisoara in Romania, so Pat flew out to join the rest of his British compatriots for a bit of team bonding and camaraderie before the race commenced.

The trouble with 24-hour races though is that no matter how hard you train for them and how many sacrifices you make in the run up to them, you never quite know what’s going to happen on the day. You could pick up an injury or you could contract an illness of some sort. Anything could go wrong really. 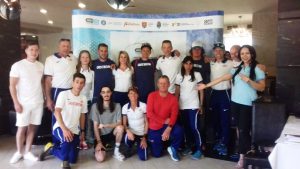 The boys from Team GB started off steadily, utilizing their experience to ensure they wouldn’t burn themselves out as the race went on. 8 hours into the day it was Spain who were in the lead, from the Czech Republic and Poland.

For the men, it is the top 3 out of the team of 6 who count towards the overall score. By the half way point at 12 hours, Germany had assumed the lead, having covered a total of 397 kilometres between their top three. Spain were now 2nd, just a kilometre being, with France in 3rd, just one more kilometre back.

In the women’s race is was Poland who lead with 379 kilometres between their top 3, with Croatia in 2nd and Hungary in 3rd. In terms of the individual competition, it was Aleksandr Sorokin of Lithuania who was out in the lead, by quite a long way, having covered almost 153 km. Enrico Maggiola of Italy was in 2nd place on 138 km. In the women’s individual, it was Anthonija Orlic of Croatia in the lead with 134 km, with Stine Rex of Denmark in 2nd on130 km. 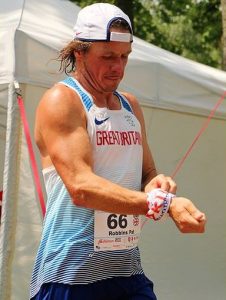 As the day unfolded, it became evident that the British men weren’t just there to make up the numbers. They were serious medal hopes. 16 hours in and Great Britain had crept up to 3rd place in the men’s rankings, with the trio of Daniel Lawson, James Stewart and Steven Holyoak having amassed 506 km between them. France and Germany were no neck-and-neck on 515.89 km.

In the women’s it was still Poland leading on 500 km from Hungary on 464 km and Croatia on 463 km. Aleksandr Sorokin was still well out front in the men’s, on 193 km, with Stine Rex and Patrycja Bereznowska now joint leaders of the women’s race on 170 km.

18 hours in, Team GB were still holding firm in 3rd place for the men, with France having edged ahead of Germany in the battle for the lead. In the women’s race, the British team of Tracy Dean, Alison Young and Wendy Shaw had crept up to 3rd place on 501 km. They now had Germany in their sites who were at that time in 2nd on 507 km. Poland now had a seemingly unassailable lead though on 558 km.

Poland’s top lady, Patrycja Bereznowska was now just over a kilometre ahead of Stine Rex in the women’s individual, with Aleksandr Sorokin still leading the men’s having now run 210 km.

The British team had climbed to 2nd in the men’s race at the 20-hour point, having now covered 622 km between their top 3 to France’s 634 km. Daniel Lawson was 6th in the individual competition on 216 km, with Aleksandr Sorokin still leading on 226 km. The chasing pack were closing in on him though, with Nicolas De Las Heras Monforte of Spain and Stephane Ruel of France both on 221 km, so just 5k behind.

Tracy Dean was now in 9th place in the women’s competition on 190 km, with Patrycja Bereznowska on 206 km, still marginally ahead of Stine Rex on 205 km.

At 22 hours, Stephane Ruel had caught Aleksandr Sorokin and they were in joint leaders on 242 km. The British men’s team were still sitting in 2nd, 5 km behind France. In the women’s race, Patrycja Bereznowska was beginning to pull away from Stine Rex and was now kilometres ahead.

With just 1 hour left to go, Stephane Ruel had moved into the outright lead in the men’s race and Andrzej Radzikowski was now chasing in 2nd place, with Aleksandr Sorokin slipping into 3rd. Then with 45 minutes to go Radzikowski had taken the lead with Ruel just behind.

That was how it finished as the full 24 hours elapsed, giving Radzikowski the victory, achieving a grand total of 265 km, with Ruel in 2nd place on 263.5 km. After leading virtually the whole way, Aleksandr Sorokin had to settle for 3rd in the end with 261 km. It was a truly gripping end to a fantastic race.

For the women, it was Patrycja Bereznowska who took the title reaching a total of 243 km, ahead of Stine Rex who did just under 242 km and Malgorzata Pazda-Pozorska of Poland who did 240.7 km.

Dan Lawson had a really strong second half of the race, taking 5th place in the men’s individual after completing a massive 253 km. Tracy Dean took 7th place in the women’s race, amassing a total of 224 km. 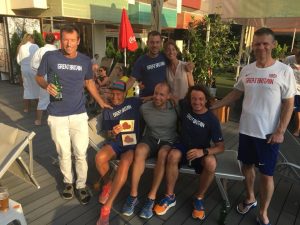 France took 1st place, with Stephane Ruel on 263.5 km, Ludovic Dilmi on 246.5 km and Patrick Ruiz on 244.5 km, giving them a total of 754.6 km. Germany took 3rd with the trio of Marcel Leuze, Christof Kühner and Stefan Wilsdorf amassing just shy of 726 km between them.

It was Poland who claimed the win, with Patrycja Bereznowska on 243 km, Malgorzata Pazda-Pozorska on 240 km and Monika Biegasiewicz on 236 km. That put them at a very impressive 720 km in total. The trio of Julia Fatton, Antje Krause and Anke Libuda secured 2nd place for Germany with a total of 656 km covered between them.

Unfortunately, Pat Robbins didn’t have the best of days from a personal perspective, ending the race have accrued just shy of 126 km, which put him in 82nd place overall. Whilst that may still sound like a lot, it doesn’t measure up to the 240 km he managed at the World Championships last year.

As previously mentioned though, anything can happen in a 24-hour race and injuries can often scupper the capacity of a runner to reach their true potential. That was certainly true in Pat’s case here. Nevertheless, he still played his role in a fantastic overall performance from the Great Britain team and all 6 members were awarded a silver medal for their magnificent 2nd place. 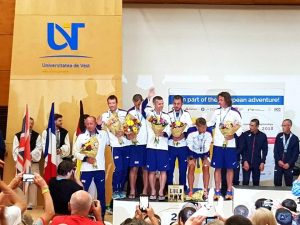