Two PB’s at the ABP Southampton Half Marathon 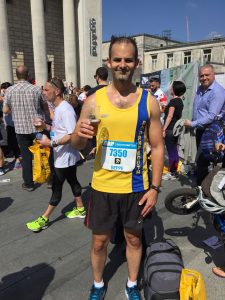 Three Bournemouth AC members took to the start line for ABP Southampton Half Marathon, which was held on the same morning as the marathon, starting an hour later. This meant that the two races merged in together as the participants reached the Itchen Bridge toward the end. It made for an interesting finish of dodging and weaving in and out of the marathon back markers as the half marathon competitors edged closer to the line.

After a rather frantic dash to finish, Richard Brawn found himself two seconds in arrears of breaching that famous 1 hour 30 barrier, rather frustratingly registering a time of 1.30.01 in the end. Richard couldn’t be too disappointed with that though, given that it was a PB of 3 minutes and 19 seconds.

The ABP Southampton wasn’t Richard’s primary target going into the race as he is currently midway through a 10 week training programme targeted at the Derby Ramathon Half Marathon on 4th June, where he was initially hoping to attempt a sub 1.30 finish.

To have completed the Southampton one in just one second over was an unexpected bonus for Richard, who enjoyed the post race beers they were giving out with immense satisfaction. Richard came in 129th place out of 3,755 and 92nd in the Senior Men’s category.

Tamzin Petersen also brought her game face to Southampton, knocking two minutes off her previous best finishing a time of 1 hour 47 minutes and 9 seconds. This put her 747th place overall and 79th female finisher out 1,532. 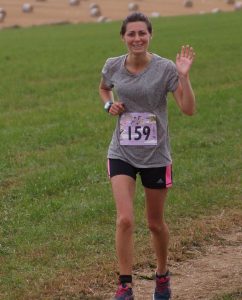 Tamzin’s previous best time of 1.49.14 was set at the Vitality Reading Half Marathon in March this year. She was very pleased to have seen such an improvement, especially given that the course at Southampton had it’s fair share of ups and downs. This included a very tough incline on the Itchen Bridge which came at around the 11 mile mark.

Also in action for BAC was Ross Blakemore, who found himself a little short of his best form, finishing in a time of 1 hour 32 minutes and 19 seconds. This is understandable given that the amount of training he can do has been rather restricted of late following the birth of his first born child Leo on 15th February. 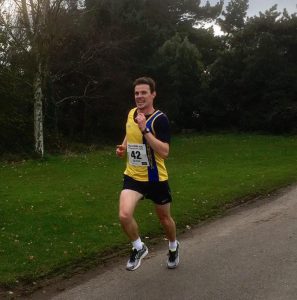 Ross still came in 170th place overall and 121st out of 1,316 in the Senior Men’s category. Coincidentally, he actually set his half marathon PB in Southampton in 2015, with a time of 1 hour 25 minutes and 51 seconds. 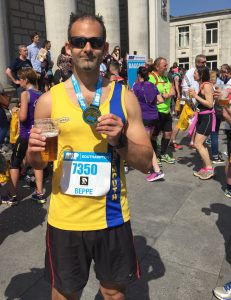