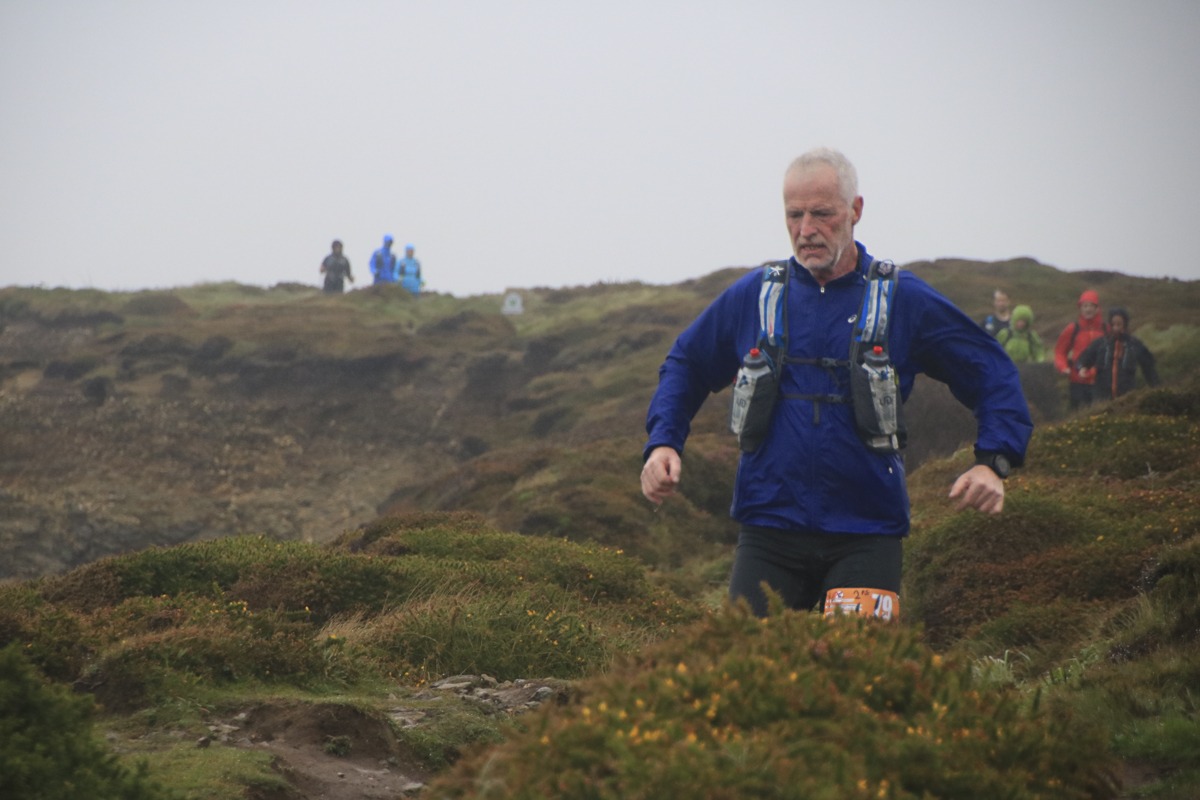 Running a marathon is always a difficult task in itself and it requires months of training and dedication to prepare correctly for such a long race. Running three marathons in three days though is an entirely different prospect. That requires a different level of mental and physical strength and a ‘never-say-die’ attitude that remains present regardless of what obstacles are in the way.

Of course, being a veteran of 77 marathons including a couple of appearances in the 5-4-3-2-1 Salisbury 50k event does help. And all the more impressively, having successfully completed every single one of those races, Andy Gillespie has proven himself to be as tough and determined as they come. He was about to put that unblemished record on the line though in the Atlantic Coast Challenge.

With the conditions guaranteed to be windswept and with wild and rugged terrain featuring steep climbs and testing descents, three consecutive days of gruelling racing would be in store for Andy, should he manage to complete all three marathons.

Day one began just north of Constantine Bay, near Padstow and went through Newquay and onto Perranporth. The last few miles took in some sand dunes and went across the long and luscious  sandy beach. Not quite so luscious when you have to run across the sand though! 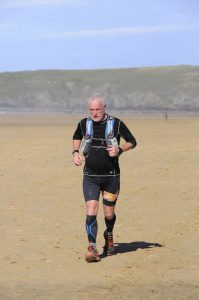 Andy completed the first marathon in 5 hours 39 minutes and 16 seconds, putting him in 95th position out of a total of 205 runners who started the race.

It was then onto day two for the second marathon, which started out at Perranporth and finished at St Ives Holiday Park. On this day the weather began to come into play, with high winds and rain adding to the already difficult task of running back-to-back marathons.

The rain had made it muddy under foot, which only served to add to the fun for Andy. This was possibly the easiest route of the three days though as most of the hills were over and done with by the 14  mile point.

There was another long beach in the last few miles at Gwithian. When battling against the wind, Andy felt like he was going nowhere no matter how hard he tried to run. He dug in though and made it to end, crossing the line in a time of 5:34:11, which put him in 66th place on the day. 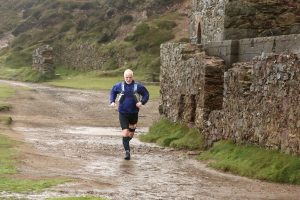 The conditions worsened somewhat on the second day, after the rain made for a muddy and sometimes slippery surface

Day three went from St Ives Holiday Park and finished up at Lands End. The only target for the majority of runners by this point was just to get to finish, somehow someway.

The route on this day would perhaps best be described as ‘technical’. The first few miles going into St Ives were soon forgotten about once they hit the coastal path.

The rain from the previous day had left a slippery, muddy surface and to make matters worse, the terrain on this part of the path was rocky.

After 7 and a half hours of running, Andy made it to Landsend where he was presented with a delicious pasty for successfully completing the challenge. The pasty made it all worthwhile for Andy and it didn’t even touch the sides, as they say!

Although it was a longer day of running, Andy vastly improved his position on the day, proving he really has the stamina and strength to cope well with these super long distance challenges. He finished in 47th place on the day in 7:30:41.

As you would expect in a multiple race challenge, the overall results were calculated by accumulated time over the three days. Andy’s total accumulated time was 18 hours 44  minutes and 8 seconds, putting him in 61st place overall. 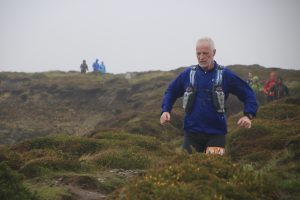 Only 149 out of the 205 runners who started out on the first day managed to complete all three marathons and make it to Lands End. That is testament to how tough the Atlantic Coast Challenge is.

Andy really enjoyed the three days though and, as is often the case with these types of events, the spirit and camaraderie that is built up between the runners is much greater than that of a one-off race.

Andy deserves the utmost respect for completing the Atlantic Coast Challenge. It demonstrates well the tremendous grit and determination he has to succeed in any race he enters and to see it through to the end no matter what the adversity.

This takes Andy up to an incredible total of 80 marathons so far and he’s showing no signs of easing up just yet. In fact, the challenges he’s taking on seem to be getting increasingly harder.

That only leaves 20 marathons to go to make it to the very exclusive 100 marathons club. Although it has to be said, 20 marathons is still a lot, but with the strength of character and the dedication he has, you certainly wouldn’t put it past Andy to achieve that.