Andy Gillespie toughs it out in Jurassic Coast Challenge 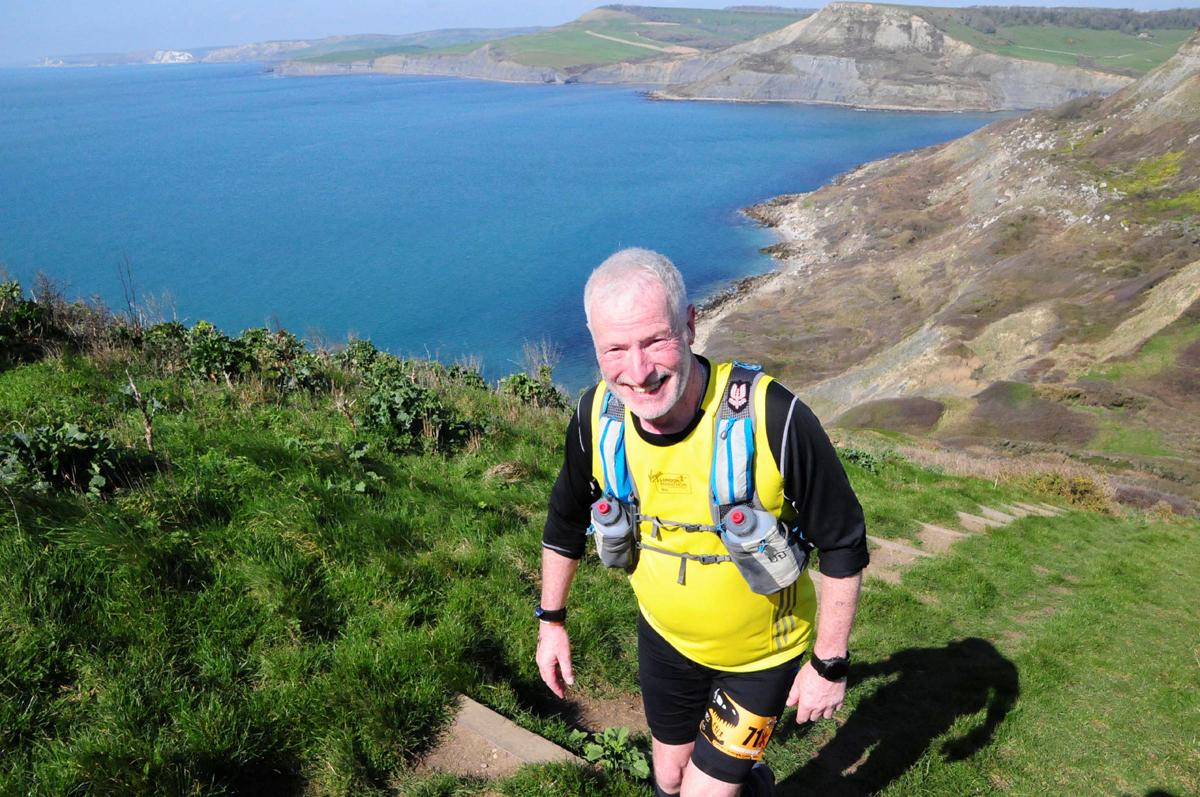 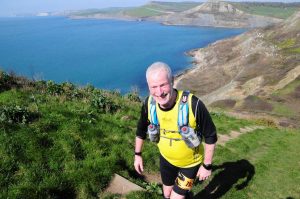 Certainly no stranger to the three-day eventing formula, Andy Gillespie was up to his old tricks again, this time taking on the Jurassic Coast Challenge, which meant taking on three marathons in three days.

His record of completing marathons is impeccable though and he’d managed to successfully complete every single one of the 92 marathons he’d attempted before this year’s JCC.

Despite all of his experience though, he still has to go through his fair share of trials and tribulations, just like any other marathon runner. The first day of the JCC turned out to be a struggle for Andy. It was one of those days when he wasn’t really feeling on form but just had to do his best to tough it out and get through it.

The routes for Day 1 and Day 2 had been swapped around this year, due to another event taking place at Lulworth on the Saturday. That meant Friday was the Weymouth to Lulworth leg, via Portland.

It started in the beach carpark on the road that crosses to Portland. The first checkpoint was at the lighthouse around 6 miles in and Andy felt okay at that point and was comfortable. Arriving in a time of 54 minutes and 8 seconds, Andy was sitting in 88th place at that time, out of 188 who started the event.

The route followed the coast path around the back of the prison and down pass the Olympic rings and back to the second checkpoint at the event HQ, which was at the Portland sailing academy. That was about 12 miles in and Andy arrived in a time of 2:11:37, which had moved him up to 80th position.

From there you make your way into Weymouth and to one of the parts of the course that really irritate Andy as some people like to cut corners. That of course is not in the spirit of the event and is something that will be addressed in the future as the organisers were in fact trialing a GPS system which records each persons route.

Andy tends to find he has a bit of trouble not telling people when I sees the cheating going on. The route actually went around the fort and back over the estuary bridge before heading round the theatre where the Weymouth 10 mile race starts off from. 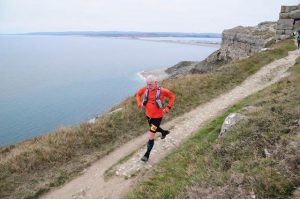 You then have the couple of miles along the seafront before you head out to Osmington. It was around this point that it started to go wrong for Andy. His energy levels seemed to deplete rapidly and he felt a little sick at times, which is rare for him.

Arriving at the third checkpoint in a time of 4:08:55, Andy was now in 84th place. He couldn’t really get any food down at this point though so struggled through the six miles over to Lulworth.

He ended up walking a fair bit over the roller coaster at Durdle and  really didn’t think he could carry on at this point. Reaching the end of the first marathon in 5:55:28, he was languishing in 87th place and was feeling really down in the dumps. He was, however, told to “man up. You’re only doing marathons” by someone on Strava and that comment seemed to resonate with Andy. 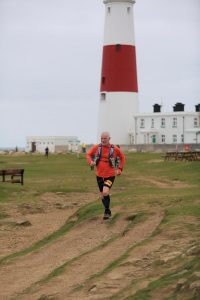 That evening he did manage to eat and drink a fair bit after a nice hot shower and got a good night’s sleep in. As they had a longer transfer to the original day 1 start at Charmouth the next day, Andy was put into group 2, the faster run group. Yes, you did read that right!! That meant he didn’t  start running until nearly 11:00 so had a longer recovery time.

The first five miles on day 2 included over 1800 feet of climb and included Golden Cap, so Andy’s strategy was to get past this bit in one piece and then try to pick it up later. This seemed to work well and he even went across the gravel beaches with no bother.

By the third checkpoint, he was up to 83rd place, coming in in a time of 4:42:34, before finishing strongly to register a time of 6:36:23, which put him in 79th place on the day. Other than one blister under his big toe nail, he was now in pretty good nick and was confident he could finish the event after all. 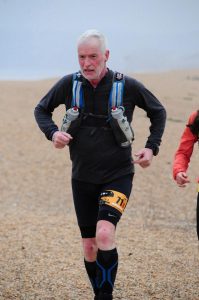 Although he was scheduled to go with the second group again for day 3, Andy managed to sneak onto the group 1 bus. He then started at the back of the group heading out from Lulworth Cove. The final destination was the ferry at Studland. The weather was fantastic which did wonders to help Andy’s spirits.

Again it was particularly hilly from the start with all the lumps and bumps that the coastal path has to offer. The first checkpoint was at Kimmeridge where Andy arrived in 1:39:21, putting him in 89th place. The route then we headed inland to Kingston before picking the coastal path up again just before the steps at St Aldhelms Head.

The second check point on day 3 was at the coast guard station and to to Andy that signaled the start of the run home. He arrived in 3:15:47, putting him in 80th place on the day.

Although very tired, he enjoyed the run into Swanage and it was along this section that he was caught by Jon Sharkey, who had entered for Day 3 only. He was a clear leader and running really well and he did make me feel a little slow, but of course, Jon is a tad younger.

Sharkey rolled back the years and romped home to seal a brilliant victory, crossing the line in 4:17:44, which was a very pleasing result for him. That gave him an advantage of over 6 minutes on his nearest rival, who was Kevin Price.

Once in Swanage and through checkpoint 3, where he clocked in at 4:56:11, putting him in 79th place, it was over Old Harry to Studland. 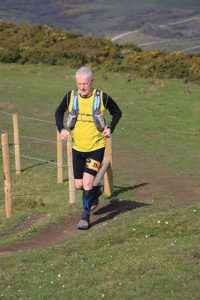 VOtwo have a reputation to keep up and you have to run the full length of the beach just to make sure that you use up any left over energy. Andy reached the finish in 6:40:58, which put him 78th on the day.

Over all, the entire JCC run amounted to  83.9 miles, with Andy chalking up a total combined time of 19 hours 12 minutes and 49 seconds, which put him in 68th place overall.

That was 43 minutes quicker than last year, which was a bonus for Andy considering how he felt at the end of day one. That’s now 95 marathons down for Andy as he edges ever closer to the magic 100.

The overall winner of the three days combined was Robert Laing of Kent AC who finished in a time of 12:56:08, giving him a winning margin of almost 5 minutes over Ammon Peipgrass of Harpenden Arrows who was 2nd in a time of 13:01:28.

The first lady in the overall standings was Abigail Jones of Poole AC who finished with a total combined time of 15:34:36, putting her in 10th place on the leader-board.

That gave her a winning margin of just over 9 minutes over Maria Parnham who was 2nd lady, finishing with a total combined time of 15:43:55 to take 11th on the overall standings.