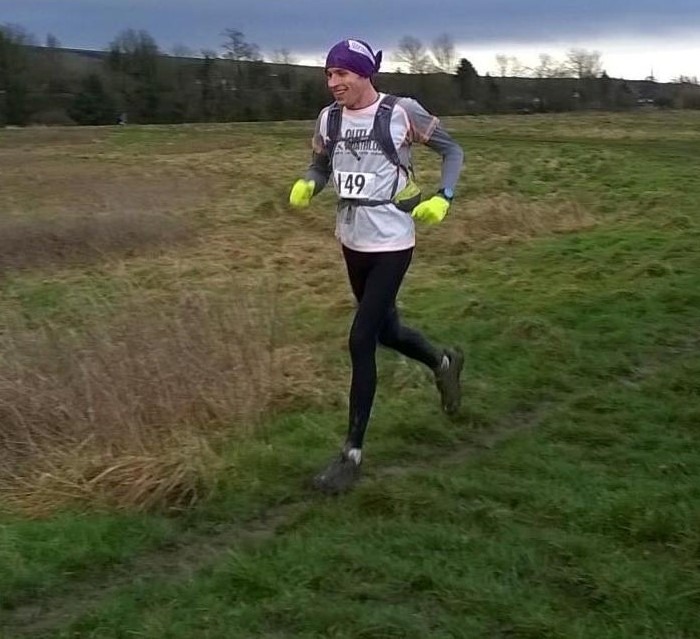 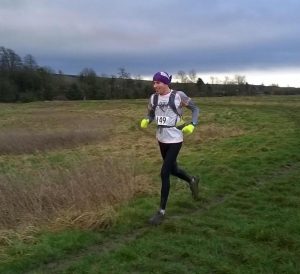 Apparently, it’s Spring now, although you wouldn’t know it from all the snow and freezing temperatures we’ve been having lately. According to Second Wind Running it is though as they staged their Queen Elizabeth Spring Marathon on Sunday, 25th March.

This was another stepping stone for Stu Nicholas in his quest to reach a landmark of 50 marathons by the end of 2018. This quest has seen him tackle some pretty tough races of late including the Phoenix Running ‘Jaw Dropper’ Marathon on a very muddy towpath alongside the River Thames and the Dark Star River Marathon which followed a trail up one side and down the other side of the River Adur, once again, an extremely muddy affair.

As anyone who’s had the pleasure, or perhaps a more apt way of describing it would be the pain, of running around the Queen Elizabeth Country Park area will know, it can be a very tough place to run. There are generally lots of ups and downs to contend with and often very muddy and slippery surfaces to negotiate.

Members of the Bournemouth AC cross country league squad will remember the location well as it played host to one of the most gruelling races of all time, featuring a mammoth trek up and down the punishing Butser Hill three times over. In fact, some of them still have nightmares about it to this day.

Whilst he was pleased to see that the course for the Queen Elizabeth Spring Marathon did not include a revisit to Butser Hill, it was still set to be very tough route, with a greater elevation gain than the equivalent of climbing Mount Snowden.

Nevertheless, Stu knew he would just have to grit his teeth and get through it, no matter how tough going it was. The race director put everyone’s minds at rest before the race started by mentioning that, although Butser Hill wasn’t in the route, the total ascent was akin to climbing Butser Hill seven times!!

The course consisted of two very muddy and very testing half marathon loops and kicked off with a brutal climb up through the woods near the visitor centre. It was a very up and down route so gave the quads and the toes a real hammering.

After taking the first lap at quite a steady pace, Stu arrived at the half way point in a very comfortable 2nd place, completing the lap in 1 hour 35 minutes. He now knew what hills and inclines lay ahead, but despite that, he decided to ramp the pace up.

He got to mile 23 thinking all was well. He was even egging on the half marathon runners who had started their race an hour later. Then all of a sudden – crash! He had hit the wall. He couldn’t run at all and his hamstrings felt really tight. He didn’t know where he was and had no water on him. Luckily some friendly half marathon runners gave him a bottle and a Tribe energy bar which helped. 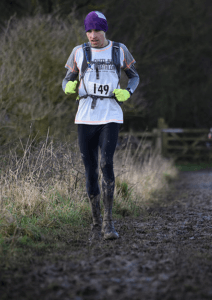 All was going smoothly for Stu up until mile 23 when he suddenly hit the wall, making it very difficult for him to continue

Finally, he trudged over the line with his legs left very battered and blistered. His time of 3 hours 40 minutes and 5 seconds gave him 7th place out of a 134-strong field. The winner of the race was Alex Whearity of Reading Joggers who completed the course in a stunning time of 3:10:34. He was almost 23 minutes ahead of his nearest rival and Reading Joggers teammate Paul Beechey who crossed the line in 3:33:22.

Looking at the stats on runbritain, Stu is actually faster on paper than all six of the athletes that finished ahead of him but unfortunately, there is little you can do when you hit the dreaded wall. The culmination of doing so many tough marathons over recent months may well be taking its toll on his body.

Of course, the most important thing for Stu though is that it’s another one ticked off his list, bringing his total number of marathons run to 42. He has a little rest now before his next one in May so hopefully that will give him some time recuperate and reinvigorate his energy supply. 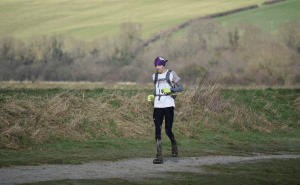 With a little bit of refuelling, Stu managed to make it over line, finishing in 7th place in the end with a time of 3:40:05