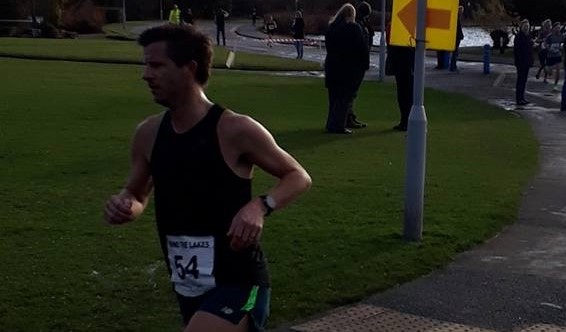 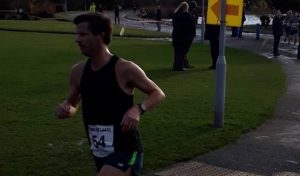 Ant Clark was putting their legs to the test at the Wokingham Half Marathon, along with his Bournemouth AC teammate Sanjai Sharma

Being set on predominantly fast, flat, rural roads, the Wokingham Half Marathon provides a fantastic PB opportunity, or a great speed sharpener for anyone training for a spring marathon or working towards another longer race.

For Sanjai Sharma though, it has formed a regular part of his routine for a number of years now in the countdown towards London. In fact, he’s only missed it once in the last nine years so he knows the course like the back of his hand.

This year he was joined in the race by his Bournemouth AC contemporary Anthony Clark. Unlike Sanjai, it was the first time Ant had had a bash at the race and he was looking to run it at, what he would consider to be a steady pace in what was essentially his first proper leg tester of the year.

Since the start of the year Ant has been suffering from a bit of hamstring trouble. It hasn’t been anything too serious but he’s had to take a sensible approach with it and it did mean he was forced to pull out of the Blackmore Vale Half Marathon at the beginning of February.

As for Sanjai, he wasn’t actually looking forward to the race much at all in truth. His lack of consistency and quality of training in the build up to the race had left him a little behind on where he normally is at this stage of the year.

Despite that though, he had decided to give it ago, although he feared his time may be a little down on what he’s produced in previous years.

Ant made a conservative start looking to ease himself into the race and soon settled into a steady pace, going to roughly 5:45 to 5:50 minutes per mile. He was cautious not to push the hamstring too hard at this early stage and that was the most crucial aspect.

Keeping the pace pretty consistent throughout the run, Ant arrived at the finish in a time of 1:15:52. That put him in 51st place in what was, as it is always is, an extremely high calibre field. He was also 10th out of 215 in the M40 category. 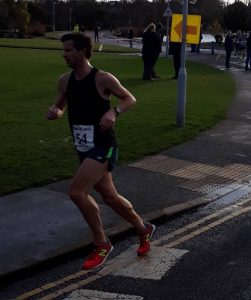 Ant ran well, keeping a consistent pace throughout to finish in a time of 1:15:52

The line up consisted of just over 2,000 people, so it was a very big field with runners of all abilities taking part, as well as a fast and furious contest at the front of the race.

Having had a pretty good run out at the Bramley 20 the previous weekend, Sanjai had at least had his confidence restored a touch by that performance.

Completing the 20 mile course in 2 hours 14 minutes and 33 seconds, the most part he executed his plan of running it in progressive blocks of five miles and his average pace worked out to be roughly what he would be aiming for in a marathon.

Putting his all into the Wokingham Half race, Sanjai ran extremely well and, aside from a minor blip between miles 9 and 10, he was really happy with how it went. 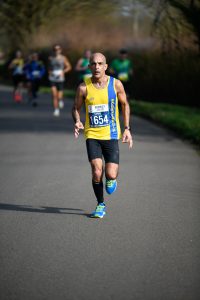 Next up for Ant it will be the Wimborne 20 this weekend, where he will be looking for another good solid run with no hamstring concerns.

In June this year, Ant will be taking part in the Comrades Marathon, so all of his current training will be conducted with a view to that event where he will be running alongside his Bournemouth AC teammate Steve Way.

The Wokingham Half Marathon race was won by Matt Clowes of Cardiff AAC in a blistering time of 1:04:06. he was followed by Richard Allen of Aldershot, Farnham & District who finished in 1:05:15.

Scott Overall of Blackheath & Bromley Harriers took 3rd in a time of 1:05:25. That gives an idea of the extraordinary talent on show in the race, making for a hugely competitive environment throughout the field.

The first female over the line was Hayley Munn of Northampton Road Runners. She finished in a time of 1:16:51 which put her 66th overall. Naomi Mitchell of Reading took 2nd in 1:17:14, giving her 73rd position overall. Lesley Locks of Hart Road Runners was 3rd lady, completing the course in a time of 1:19:02. 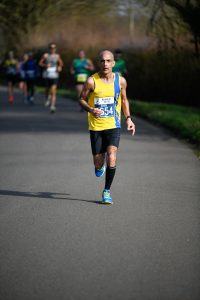