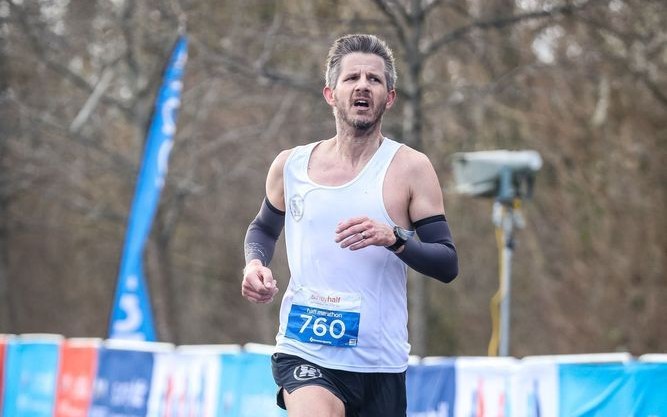 All roads lead to Manchester at the moment for Ant Clark and he is in the midst of a block of very hard training in preparation for the big event. That has seen him regularly top the Bournemouth AC distance charts on Strava, banging out several 90 to 100 mile weeks.

It’s not just the ability that Ant possesses that enables him to perform at such a high level, it’s also the work ethic as well and when he has a big race on the horizon, you can pretty much guarantee that he is going to arrive in the shape possible. 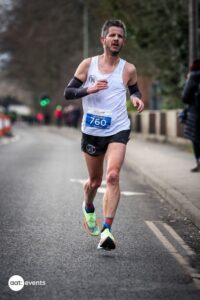 The Surrey Half Marathon finally gave him the chance to assess where his fitness was at as he continues along his marathon training journey after being denied on a couple of occasions before that.

He was down to do the Blackmore Vale Half Marathon but illness prevented him from making it onto the start line. Then when the Bournemouth 10 was cancelled again due to another bout of stormy weather, another opportunity to race fell by the wayside.

Even if you know you’re training is going well and you feel in tiptop condition – it’s always nice to have a race to confirm that. The Surrey Half Marathon starts in central Woking and heads out onto the country roads around the town. 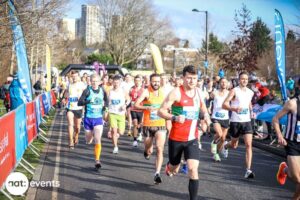 The 2022 Surrey Half Marathon gets underway

There are some small undulations on route but it’s still a fairly route and does in fact boast one of the fastest UK half marathon times on record at 62 minutes.

Ant was there with his mate Steven Yates who runs for Twemlow Track Club and he has been on fire recently. They ran together for some of the race. 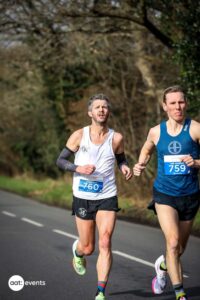 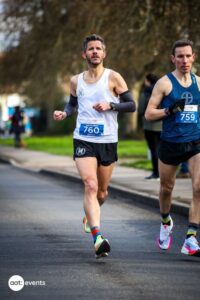 Ant is a master at running consistently paced splits and he was going at roughly 5:30 pace on every mile. The only time that wavered slightly was when there was an incline of some sort. 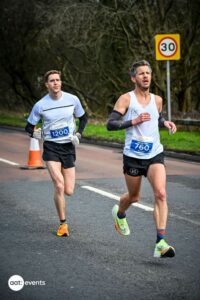 As he always does, Ant kept his pace remarkably consistent throughout the run

Leading to an extremely impressive finishing time of 1:12:27, Ant came in in 9th place out of 1,576 runners. And more importantly he had beaten his previous best half marathon time which he did at Fleet in 2019.

With an average pace of 5:32, it was a real performance to be proud of for Ant and one that confirmed what he wanted to know, which is that he is in great condition for the Manchester Marathon. 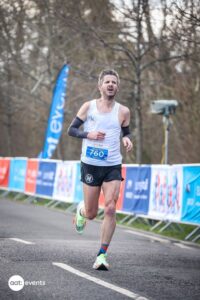 Steven Yates is also at the top of his game and he managed a superb 1:11:56 finish to take 8th place in the overall standings.

It was an epic battle for the race win with Craig Ruddy just edging out Woking man Stephen Blake, crossing the line in 1:08:25. Chris Powner of Winchester was 3rd in 1:09:31 and Patrick Martin made it four men in under 1:10 when reached the line in 1:09:35.

Emma Styles was top female by quite some margin, completing the course in 1:15:08 which was the 15th fastest time of anyone. The next woman in was Josie Hinton who got to the line in 1:19:09.

That was one place after Wimborne AC man Damian Huntingford who registered a time of 1:19:01.

Cordelia Parker of Abingdon AC was 3rd female, getting round in 1:19:37 which put her in 47th place. 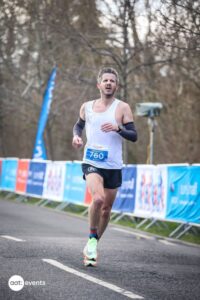 Ant will be very pleased with how he is progressing as the date for Manchester draws ever closer. His best marathon time yet was from London last October, when raced round in a scintillating 2:27:35, putting him 22nd on the all-time BAC list.

If he can improve on that at Manchester, he will be on for something extremely special and, in the form that he’s in, you certainly wouldn’t put it past him.