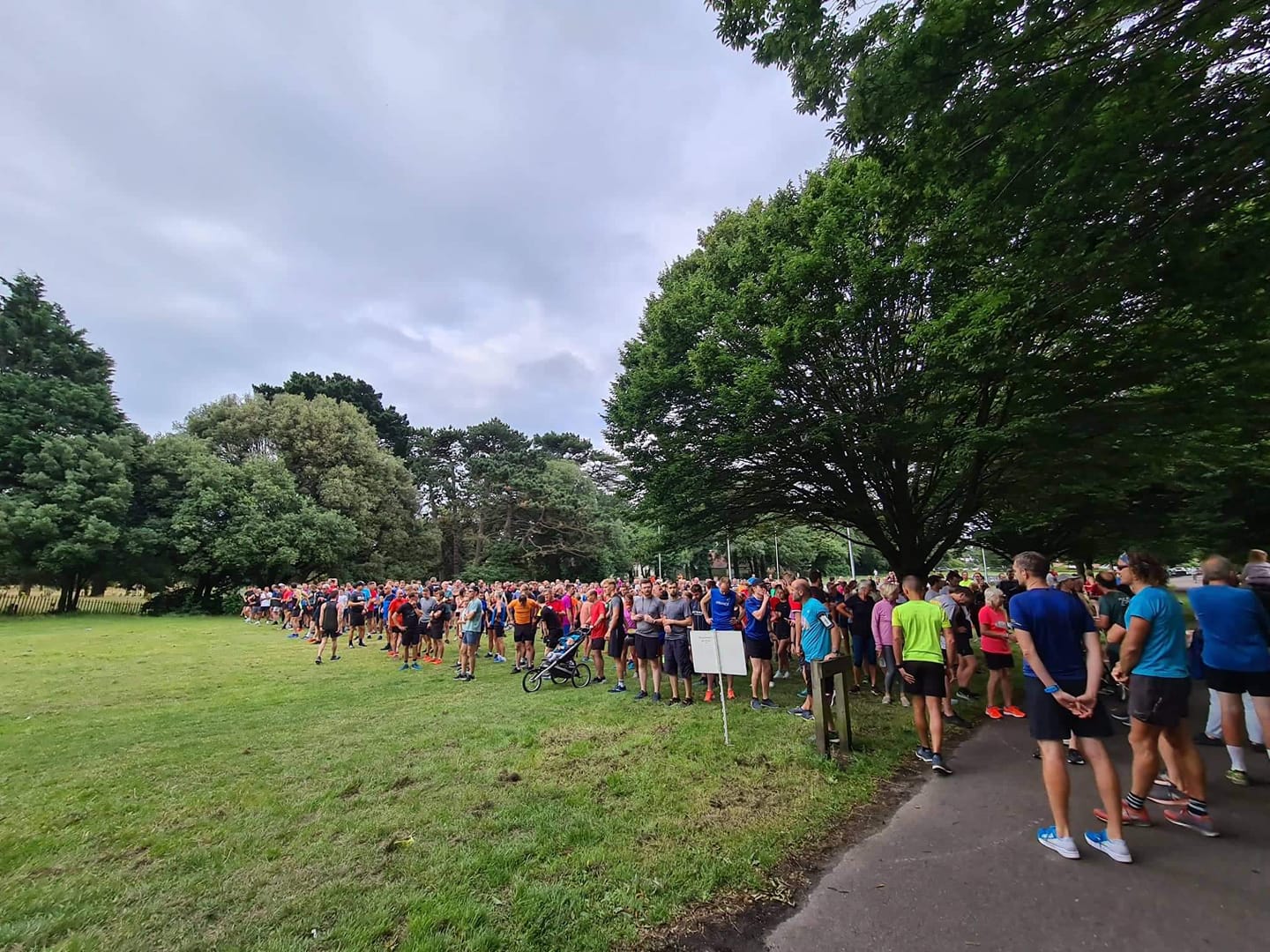 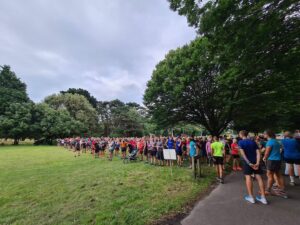 When the long anticipated return of finally came around it was a chance for athletes to rejoice in that unique sense of community and social interaction that they’ve been missing out on for the past year and a quarter.

Saturdays just haven’t been the same for runners since the events were called off so the opportunity to take to the start line again and see so many friendly faces from the local running scene was one that was not be missed.

The only difference from the way things used to be was the course, which was changed to allow for a bigger finish area. That was positioned in a funnel close to the start line and in the same place that the Hampshire League cross country races usually finish in.

That meant going up the off-road hill you have to head up on the big lap twice, which certainly put the cat among the pigeons in the latter stages of the run.

What the return of parkrun also brought was the chance for Bournemouth AC members to showcase their progress after such a long time without any regular form of competition. And at Bournemouth parkrun, they certainly did that in style.

In fact, BAC men occupied the first four places with Rob Spencer taking number one spot, getting round in  terrific time of 16:45.

Ollie James was intending to run it at tempo pace but he was feeling very good and decided to push it a bit which culminated in a 2nd place finish in 16:55.

As he did every Saturday before the pandemic, Stu Nicholas was back doing what he loves and he secured 3rd place in a time of 16:59.

Even though parkrun was officially off, Alex Goulding had still been turning up at 9am every Saturday to run the parkrun route anyway but he reveled in the opportunity to finally compete against other people.

There weren’t too many of them who were quicker than him though and he reached the line in 4th place with an excellent time of 17:13.

Sean Harnett of New Forest Runners was 5th in a time of 17:25 with Richard Ayling of City of Salisbury getting 6th in 17:32.

After his half marathon PB at the Puddletown Plod the previous weekend Rich Brawn was hoping to set a new course PB, albeit a slightly different course.

His best time was 17:53 so that was what he was looking to eclipse this time round. He was up against Matt Brown of Littledown Harriers as well, who had finished ahead of him in the Puddletown Plod.

Putting in a very strong finish, Rich managed to avenge his half marathon defeat and overtake Matt just at the top of the final hill before swinging round into the finishing straight.

Craig Palmer was first finisher in the final Bournemouth parkrun before COVID stopped play but he’d been pursuing other interests over the lockdown period and was far from the height of his fitness.

He took 11th place, with his BAC teammate Rob McTaggart coming in in 12th in 18:23. Tag had done a session just before parkrun on the track so he wasn’t feeling fresh going into his 99th one.

With his focus on the Eastleigh 10k the following weekend, Trev Elkins went round at tempo pace to finish in 19:27 which put him 22nd. Christy Murphy who often trains with BAC came in in 23rd place in 19:32.

Another BAC junior, Massimo Lawson finished 31st in 19:54 and Emily Coltman came in as 1st female, recording a brilliant new PB of 21:08.

Isabel Cherrett is another exciting prospect in the BAC youth ranks and she was 2nd fastest female in a time of 21:33, which put her 55th overall.

Ian White has been sharpening his speed recently in the Upton Summer Series races and he made it round in 23:08 to take 95th place.

The next BAC member to get to the line was Jud Kirk who finished in 102nd place with a time of 23:17.

Thomas Butler completed the course in 24:55 to take 154th place and Sam Coltman recorded his best time yet to come in in 178th place.

Nikki Whittaker had been challenged by Tag to record a sub-26-minute time and she just missed out, crossing the line in 26:15 which put her in 186th place. Having been on a night out the previous evening though, that was a pretty good effort from her and would have surely been worth a sub-26 had she been feeling fresh.

Seeing as it’s getting to stage where Isabel is becoming too fast for him, Phil Cherrett opted to run it with his other daughter Eliana and she recorded her best time yet of 33:29. Phil’s wife Gemma then completed the family foursome finishing in 33:50. 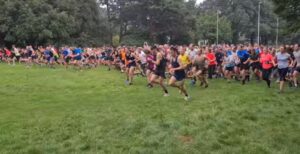 After parkrun there was an open day for the athletics track at Kings Park, top throwing coach Paul Rees was presented with an award for his outstanding long service with the club and a bbq was laid on for club members and family to enjoy.

There were also invitational jumps and throws competitions taking place where some real top level performances were on show including some of the top female long jump distances in the UK this year.

The following weekend normal service resumed at Bournemouth parkrun with Stu Nicholas coming in as first finisher in a time of 16:54.

In under a week’s time Stu will be participating in a 100k race but he couldn’t resist the temptation to knock out another parkrun regardless.

Alex Goulding improved on his time further, taking 2nd place in a terrific time of 17:01. That just edged him ahead of Lewis Clarke of Lonely Goat who took 3rd in 17:06.

Matt Du Cros also secured a place in the top 10, finishing in a time of 18:44 and Holly Collier rediscovered her good form to coming in as 1st female in a time of 19:12.

The fact that Bournemouth AC members have been performing so well in parkrun since it returned speaks volumes about their self-drive and determination to stay at the top of their game,

It certainly hasn’t been easy all this time with virtually next to nothing on offer from a racing perspective and, at times, many months without regular club training as well.

But throughout those dark times, the vast majority of BAC members have continued to train hard and have carved out their own ways to maintain fitness levels and sustain speed and that’s certainly something that’s been admirable.