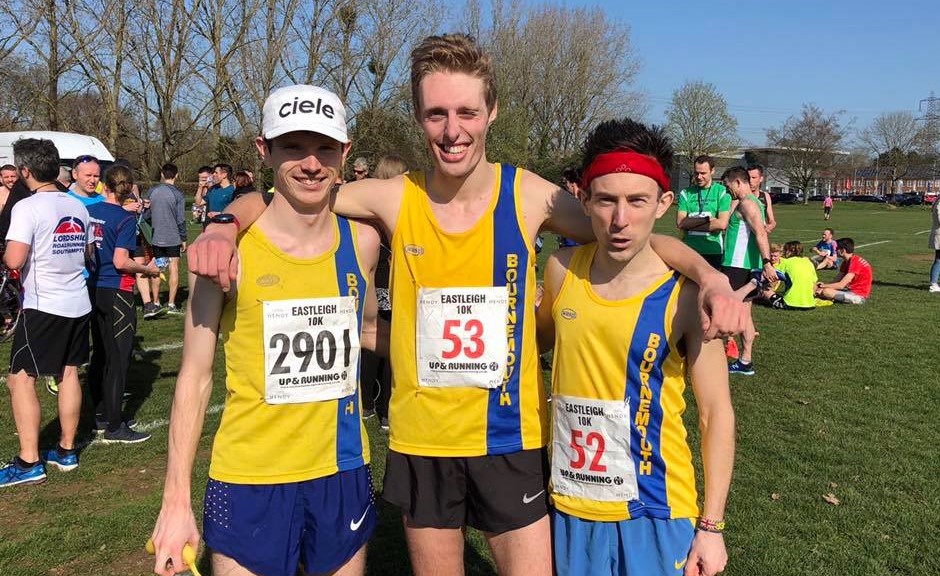 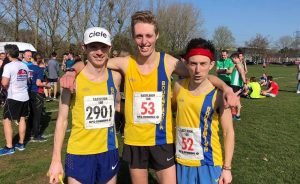 Dave Long (left), Josh King (Centre) and Rob McTaggart (right) were all expecting to be up there at the sharp end the field in the Eastleigh 10k

With its notoriety for being a fast, flat course and thus potential PB fodder, the Eastleigh 10k is one of the top attractions in the south of England as far as road races of that distance go. Throw three of Bournemouth AC’s finest speed merchants into the mix and you’ve got a very interesting spectacle on your hands.

‘Disco’ Dave Long, Rob McTaggart and Josh King were amongst over 2,500 people lining up on the 35th anniversary of the race. Several other top runners from clubs such as Aldershot, Farnham & District AC and Southampton AC were also looking to vi for top positions so it was set to be an intriguing encounter.

After recently coming back into some good form, Trevor Elkins was also in the race and was hoping he might be able to post a new fastest 10k time on the board.

And after completing the Larmer Tree 10 miler two weeks prior, Rob Spall was hoping for a much smoother and hopefully faster ride at Eastleigh.

Following an ill-fated attempt at the Reading Half Marathon where he went out really hard and blew up after four miles, Disco was hoping for a decent run out at Eastleigh to round off his road race season before he goes back to concentrating on the track.

Also hoping for a good last blast out on the road before he turns his attentions to the track, Josh had worked hard in training over the winter months and was aiming for a sub-32 time.

Unfortunately, he’d been struck down by a bug and had spent the entire week building up to the race in bed feeling ill. It wasn’t the best of preparations but he decided to give it a go anyway.

Coming into the race off the back of some seriously high mileage weeks, Tag wasn’t really expecting too much at Eastleigh. His primary focus at the moment is the London Marathon at the end of April and he’s doing everything within his power to get into prime shape for that.

As the race got underway, wearing his trademark white cap, Dave quickly took to the front, alongside Richard Allen of Aldershot, Farnham & District. 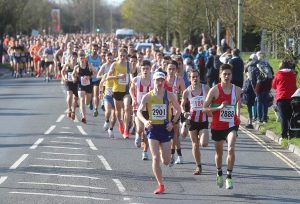 The Eastleigh 10k for 2019 gets underway, with Disco heading up the field in his trademark white cap 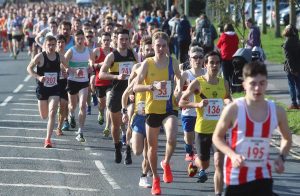 The first mile was extremely quick from Dave, keeping pace with the Aldershot man. That was followed up by a fairly fast second mile. Dave didn’t quite have enough in the tank to maintain that sort of pace for the rest of the race and Richard Allen took control. 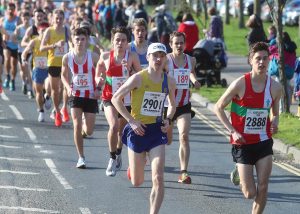 For the next four miles, Disco dug in, managing to hold off the challenge from Richard’s Aldershot teammate Jack Boswell who was looking to make a club one-two. 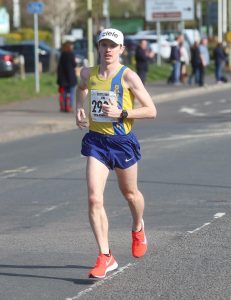 Finding the resolve to see it through though, Dave made it to the line in 2nd place, recording a time of 31:24, with Jack Boswell crossing the line four seconds later to take 3rd. 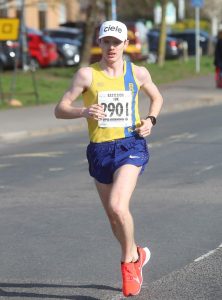 Although he was just over a minute behind the winner Richard Allen, who clocked a time of 30:15, it was still a fairly good result for Dave and will give him a good base to work from going into the track season. 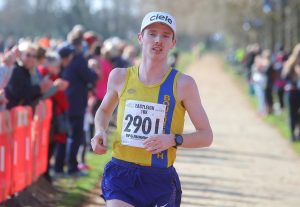 Reaching the finish in a time of 31:24, Dave took a superb 2nd place

Slightly further back, Tag and Josh were also going well. They’d been in the chasing pack for the first 5k before it started to get a little more spread out. 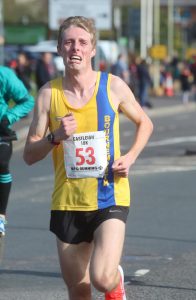 For the last four kilometres, Tag found himself on his own and in a mental battle to keep pushing. He suffered a bit over the last couple of kilometres and that may have just cost him the chance to finally get that illusive sub-32 time he’s been craving for so long.

Not having tapered down at all though he wasn’t really expecting it for this race so it came as a pleasant surprise really for him to cross the line in 32:08 and finish up in 6th place. 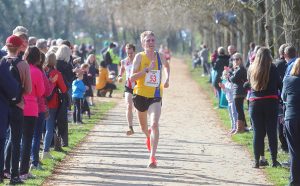 Josh storms down the finishing straight giving everything he’s got

Josh filtered in soon afterwards to take 7th in a time of 32:16. Although it wasn’t quite what he was targeting, it was still a magnificent PB from Josh and a mightily impressive effort to boot. 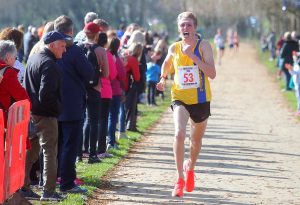 It was frustrating though in some ways as he knows, if he hadn’t had that illness in the week leading up to the race, he could well have achieved his goal. On the plus side though, his form his looking good and that will give him a lot of confidence for the coming track season. 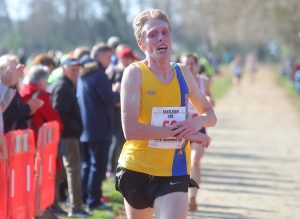 Reaching the line in a time of 32:16, Josh set himself a brilliant new PB, taking 7th place

Also securing a terrific new PB of his own, Trevor Elkins had a great run to reach the finish in a time of 37:27, which put him in 86th place overall. That was an improvement of over a minute on his previous best which was set at the Bournemouth Marathon Festival last October.

After going through some difficult times for much of last year, Trev had to go completely back to basics with his training and is now in a much better place and will be looking to keep on that upward curve going forward.

Rob Spall also came in with a decent run to complete the course in a time of 45:31, which put him in 486th place overall. It was also good enough to position him in 68th place in the VM45-49 category. In total there were 2,524 finishers.

The trio of Disco, Tag and Josh also won the team prize, finishing 2nd, 6th an 7th to defeat the team of William Byron, Richard Waldron and Rikki James of Southampton AC, who were 5th, 8th and 10th. 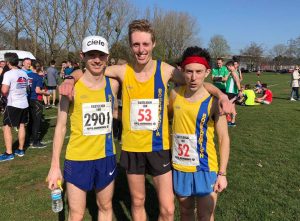 The first female to arrive at the finish was Isabel Brinsden of Epsom and Ewell Harriers who crossed the line in 35:37, taking 45th place overall.

She was followed by Lesley Locks of Hart Road Runners who finished in 36:04 to take 51st place overall. Then it was Cassie Thorp who clocked a time of 36:53 to take 76th place.