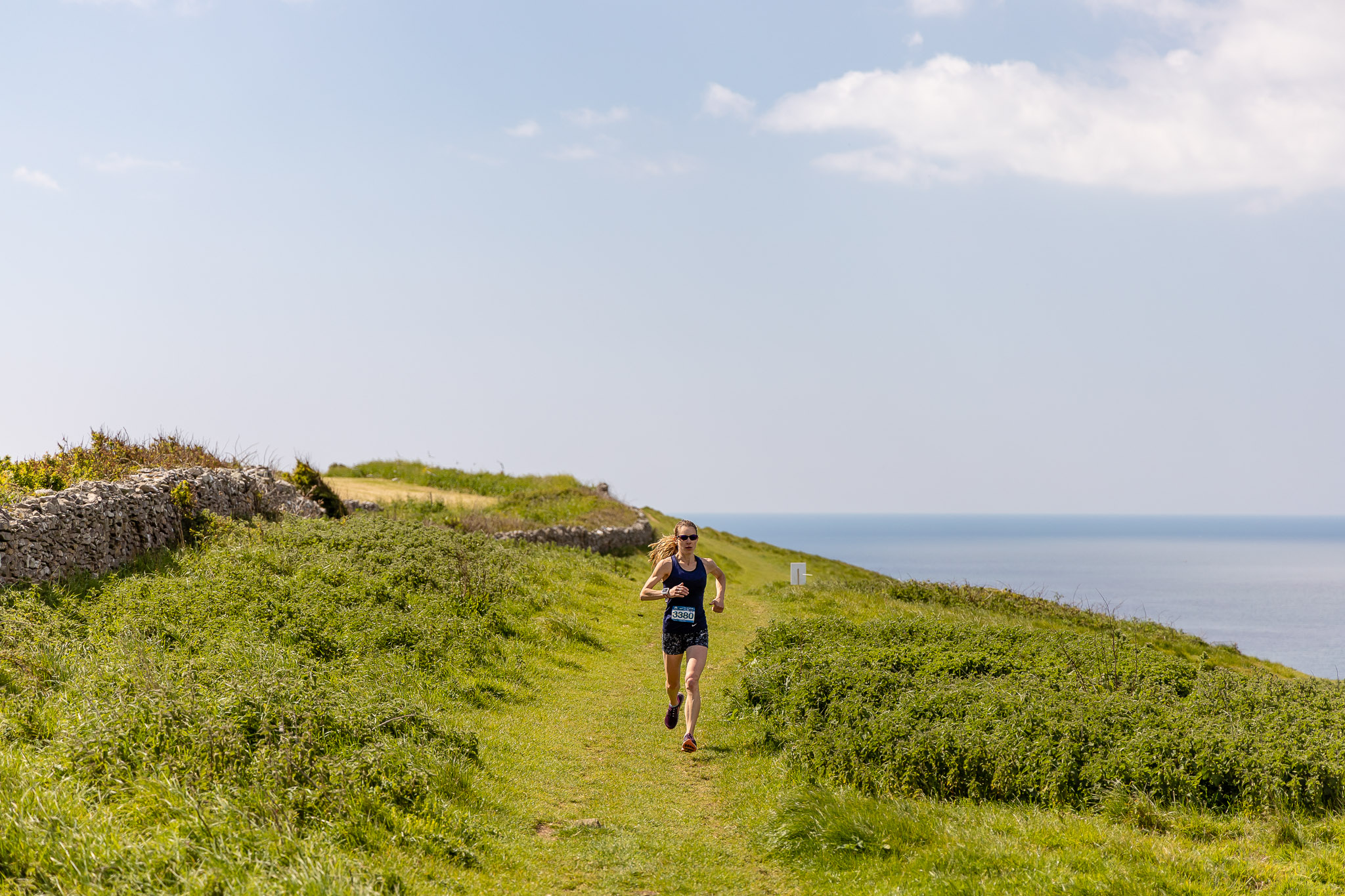 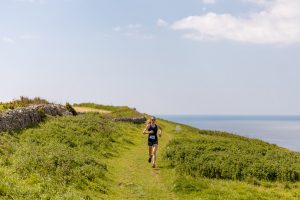 Returning for 2019 with a set of three new routes, the Maverick inov-8 Original Dorset provided something for anyone to get their teeth into, with the Wilkswood Farm as the designated HQ this time round.

The route heads out toward to rugged Jurassic coastline with it’s spectacular views over the cliff edges that truly take your breath away. I suppose you could argue that the elevation along coastline takes your breath away as well though, but that all goes toward making it a challenging but ultimately rewarding and memorable run.

Having these new routes to follow made for an exciting prospect for the three Bournemouth AC members who were present at the event. That was of course, with the provision that they were successfully able to follow the designated routes though.

Bournemouth AC runners have had some difficulties in these types of trail races on previous occasions, often because they’ve been too quick to allow the marshals time to get to their posts. Unfortunately, the Maverick inov-8 Original Dorset event for 2019 did not go off without incident either.

Thankfully it wasn’t Jacek Cieluszecki who went wrong this time though. He’d opted for the ‘Short’ distance race and with the first mile being largely uphill, it wasn’t long before he assumed the lead, powering up the incline at a rate that most people would struggle to go at on the flat. 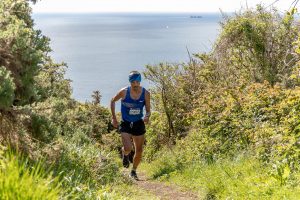 After the first mile the route levelled out a bit before a long downhill section between miles two and three. Then on the third mile it was up a very steep incline before coming gradually back down towards the finish from mile four onwards.

As we’ve come to expect lately, Jacek bossed the race and there was no one else able to live his the pace he was setting. Reaching the finish line in a blistering time of 32:11, he’d come out with an average pace of 6:12 minutes per mile for the 5 mile course. That was despite the 700ft of elevation. 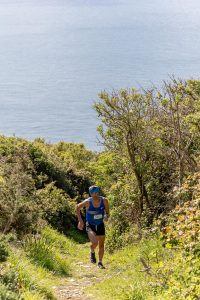 The only man who could get near him was Andy Blow, who huffed and puffed but just could dislodge the Polish protagonist. Andy steamed in to take second place though in a time of 33:03.

Little did they know, all the action was going on behind Jacek and Andy. That involved another Bournemouth AC member in Chris Phelan-Heath. 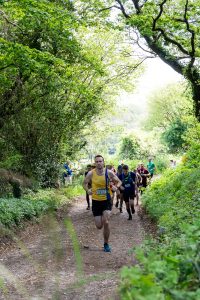 After the first three miles, he was sitting comfortably in third place. Unfortunately for him though, he was about to take a wrong turn that would prove very costly.

It turned out that a marshal who was meant to move to the spot he went wrong on was still waiting for the last few backmarkers to go through on his first station so he hadn’t yet moved to the post he was meant to be at when the lead runners came along. 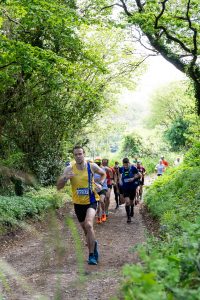 Ending up way off-track, Chris had a resort to the old boy scout method of using the sun to try and navigate his way to the finish. In the end he did manage to find his way back but he’d ended up running an additional 3k which didn’t do his position in the overall standings any good. 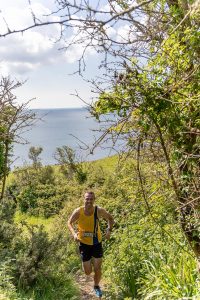 Despite the detour, he arrived at the finish in a time of 43:15, which would have still put him in 15th place. To make matters worse, the race organisers then seemed to disqualify Chris for not following the official race route!!

It was a shame as it had all started so well for Chris but that’s the way it goes sometimes. It just wasn’t to be for him on this occasion. As a gesture of goodwill though, they did offer him an entry into the Dorset Dark Race, so that at least goes some way toward compensating him for the disappointing mishap. 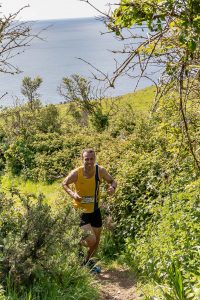 Managing to find his way back in the end, Chris still finished 15th quickest despite his detour

Meanwhile, in the ‘Middle’ distance race, Georgia Wood was flying the flag for BAC – and she certainly did that well, finishing in an incredible third place overall.

Her time for the 16km route was 1:16:12 and of course won her first prize in the women’s race. It was a cracking run from Georgia and a very positive indication of what great form she was in leading up to the Edinburgh Half Marathon which was her target race.

The field contained 213 people in total, 102 of which were women. To finish so high up was a terrific achievement from Georgia. 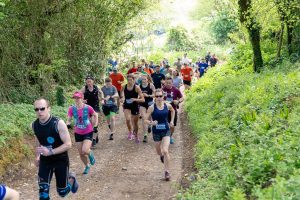 As he often seems to in local races, James Phillips picked up the win in the ‘Middle’ distance race, finishing in a time of 1:09:02. That was over six-and-a-half minutes ahead of Petar Minev who crossed the line in second place in 1:15:38.

Georgia’s nearest rival in the women’s race was Danielle Shrosbee who finished in a time of 1:25:10, so that was a gap of nine minutes, making it a very comprehensive victory for Georgia. 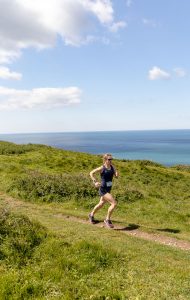 Once she got into her stride, Georgia was flying along the coastline on her way to a third place finish

The first lady in that race was Emily Lillywhite-Iredale who came in at 2:12:57. She was followed by Sophie Parsons who reached the line in 2:22:50. 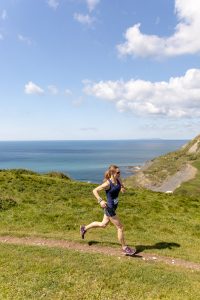 Finishing as first lady, it was a very encouraging result for Georgia as she worked toward the Edinburgh Half Marathon