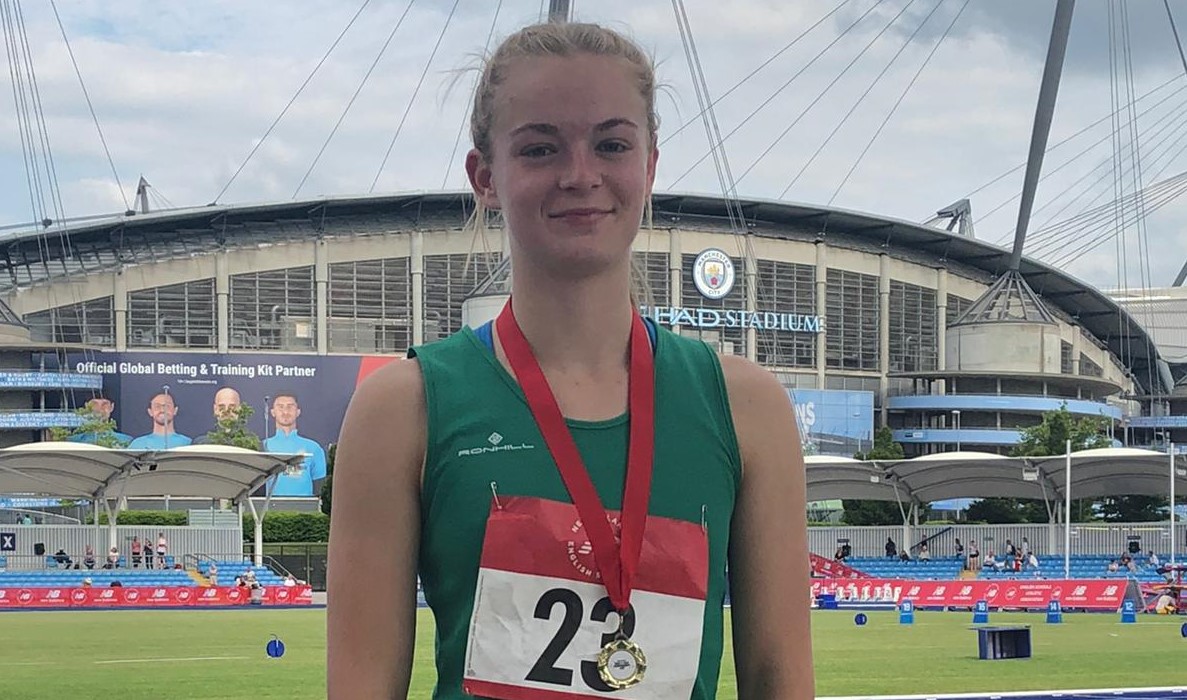 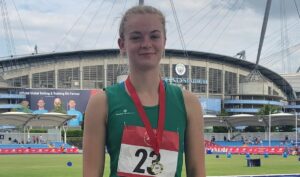 After a terrific performance at the British Championships which saw her square off against Dina Asher-Smith in the semi-final of the 100 metres, Bournemouth AC sprint superstar Amelia Verney returned to Manchester for the ESAA New Balance English Schools Championships.

This time she was in action in the Under 20 Women’s 200 metres. Looking in fantastic form, she won her heat in a lightening quick time of 24:47 which was a new PB for her without wind assistance.

It was enough to give her a 0.06 second margin of victory over Mary John of Woodford Green Essex Ladies who was 2nd in 24:53. The other heat was won by Madeleine Whapples of Solihull & Small Heath and she recorded a time of 24:68, so not quite as quick as Amelia.

The question was, could Amelia deliver again though in the final? And the answer to that question was an emphatic yes!! Sure enough, she produced another incredible display to land the gold medal and even managed to eclipse her previous time by finishing in 24:45.

Madeleine Whapples took the silver medal in what, for her, was a PB time of 24:66, with Mary John taking home bronze in 24:67.

It was a truly stunning performance from Amelia and the way she’s going, an international vest surely beckons. It can only now be a matter of time.

Next up for Amelia it is the South West Championships at Exeter Arena and in the form that she’s in, you certainly wouldn’t bet against another successful outing for her in that one. 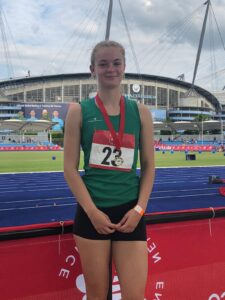 Amelia with her well deserved gold medal after a spectacular showing