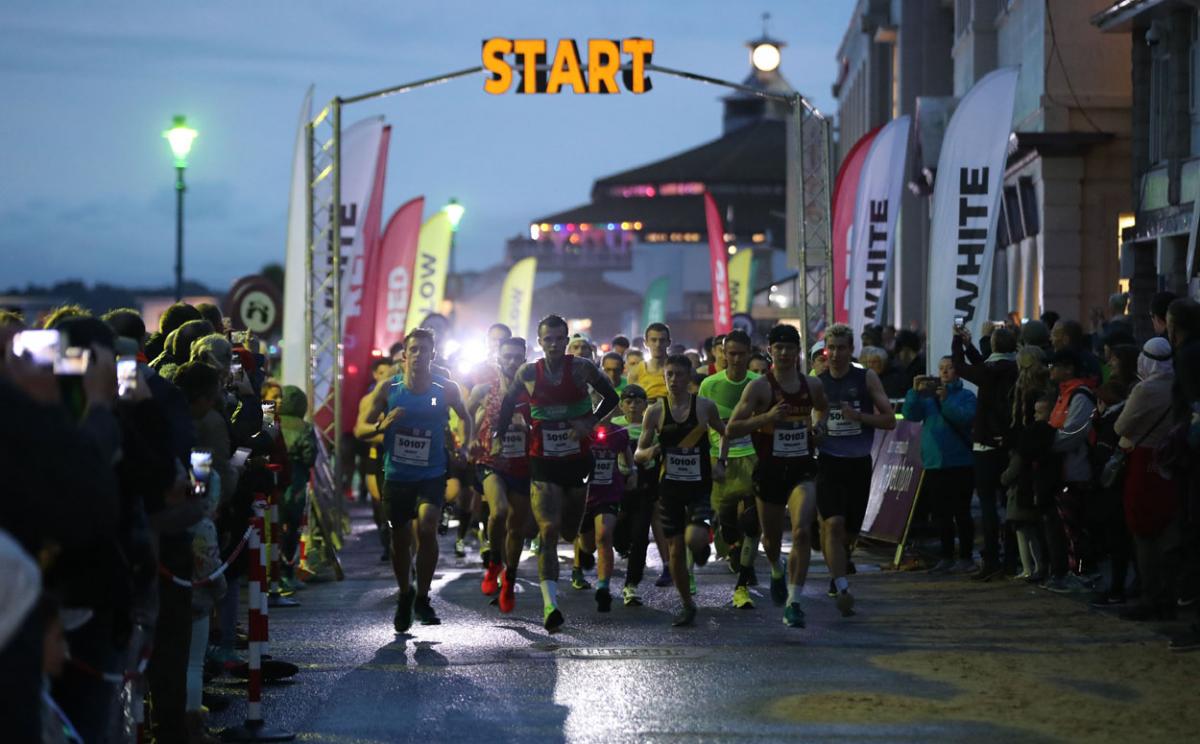 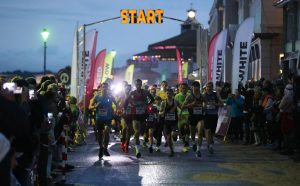 A mixture of effervescent youth and incandescent experience came together for the Bournemouth Marathon Festival Supernova 5k as a vibrant showing of high viz, glow sticks and torches lit up the seafront by Bournemouth Pier.

It was of course, the Saturday evening race starting at 7pm, which meant that since darkness had fallen, a head torch was a must, along any other bright, decorative gear the competitors had at their disposal. It really was quite a sight to see the masses lining up at the start.

That included Mitch Griffiths, Tamzin Petersen and Louise Price from the Bournemouth AC Road Runners group, along with several of the club’s junior athletes who are allowed to compete in 5k events. Plus a few other senior club members.

Having recently secured a new 5-mile PB of 28:13 in the Littledown 5 and a new parkrun PB of exactly 17 minutes at Poole, Mitch was hoping for his first ever sub-17-minute 5k.

Earlier in the year, Mitch competed in the Dark Moors 10 as well, which was a 10-mile off-road race at night, so he was already quite ofay with running at night with a head torch. And he finished 2nd that night as well.

Tamzin had also been in fine form this year, posting a new 5-mile PB, a new 10k PB and a new half marathon PB. With that in mind, she felt confident that a new 5k PB was on the cards at the BMF.

The first lights to be seen maneuvering along Bournemouth Pier were the head torches of Bayley Massey and William Stockley. Bayley won the event in 2017 and was 2nd in 2018 so he came with great pedigree.

In the end, it was Bayley who prevailed, managing to stay strong all the way to line to finish in a time of 15:51. William was forced to settle for 2nd on this occasion registering a time of 15:52. 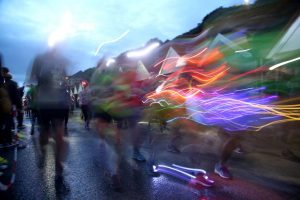 The next man to arrive on the home straight was former BAC man Sean Edwards, who ended up transferring back to his former club Lytchett Manor Striders. He crossed the line in a terrific time of 16:05.

The first Bournemouth AC man to emerge off the pier and onto approach to the finish was indeed Mitch Griffiths. Although he didn’t quite manage to hit the target he was hoping for, Mitch still ran well to finish a time of 17:07 which netted him 7th place. He was followed by his former Westbourne teammate Adam Corbin who got over the line in 17:37.

Bournemouth AC youngster Oscar Ewen Matthews was the next to arrive in the yellow and blue vest. He took an excellent 10th position registering a time of 17:44.

Following in shortly after was another bright BAC prospect in the shape of Adam Petty who took 12th place, crossing the line in a superb time of 17:50. 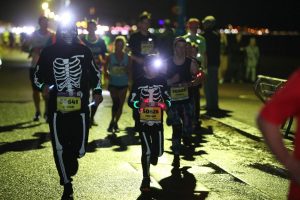 If anyone had any skeletons in their closet, the Bournemouth Marathon Festival Supernova 5k seemed like the perfect place to reveal them

All set to go for her big 5k PB attempt, everything was in place for Tamzin and she was focused and ready go, only she’d forgotten one thing. Soon after she got going she realized something wasn’t quite right. She looked down to find that her shoelace was undone.

It was a real blow for Tamzin as she knew she couldn’t afford to have any sort of break during the course of the race if she was going to get the time she was looking for. Alas, she was forced to stop and tie it up, this time ensuring it was double-knotted.

She was soon on her way again but had lost some time. With the amount of people in the race as well, there wasn’t too much room to manouvre and she had a problem getting past people who had overtaken her whilst she was attending to her shoelace.

In the end it proved to be a costly mistake as she crossed the line in a time of 22:14 which meant that she had failed in her PB attempt. It was gutting as she knew she was in shape to to do it but sadly, on this occasion, it was not to be.

Finishing in 74th place overall, Tamzin had come in in 10th place in the Female category but that was no consolation as she hadn’t got what what she came for. 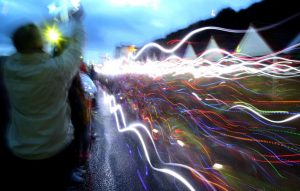 It was lights, camera, action as the race got into full swing

Next over the line for BAC was Ollie Thomson, who is in the Under 13 category. He arrived at the finish in 94th place, registering a time of 23:13.

He was followed by Natalie Hayward who is in the Under 15 category. She finished in 23:27 to take 102nd place and 14th in the Female category.

The next Bournemouth AC member to appear on the finishing straight was Mariah Marshall who reached the line in a time of 24:14, putting her 127th overall.

Having not found the time for too much training over recent times, Louise Price wasn’t expecting to rip up any trees. She was there primarily to support Tamzin in her PB attempt.

She also felt it would suffice as a good training run whilst she tries to get some fitness back. Crossing the line in a time of 25:39, Louise finished in 185th place overall and 33rd lady. She was also 2nd in the Female Over 50 category so not a bad result for her. 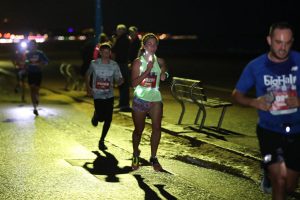 Next in for the yellow and blue army, it was Emily Stonier, who came in in 203rd position and 44th Female. Emily is in the Under 17 category and posted a time of 26:25.

It was a little wait before the next Bournemouth AC member arrived and that was Alison Davie who finished in 390th place in a time of 29:44. After that it was Fiesta Matthews who crossed the line in 32:45 to take 595th place.

The Supernova 5k featured an incredibly broad spectrum of runners of all different ages, abilities, shapes and sizes. Even Andrew Sheerin, who looks after the Southern Athletics League track and field team for BAC, had a go.

He ran well to make it to the line in a time of 33:35 which put him in 612th place overall. Andrew is normally known for his throwing but he’s famously prepared to give anything a go if it helps the team out.

Andrew still finished ahead of well over 50% of the field, with a total of 1,442 runners successfully completing the Bournemouth Marathon Festival Supernova 5k. 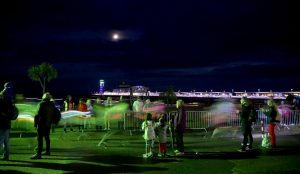