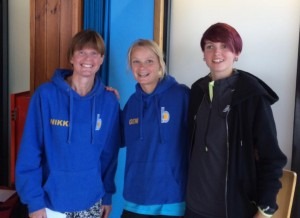 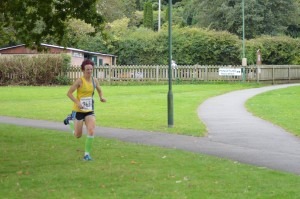 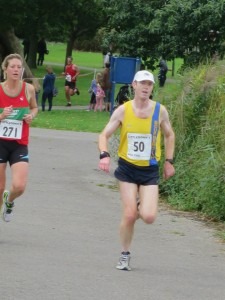 Steve Cox close to the finish of the Littledown 5

The involvement of BAC athletes in the Littledown 5 probably explains the reduced participation in the Parkruns on Saturday 12 September.  In Kings Park, Damian Boyle was 4th at the Bournemouth Parkrun, Rob McTaggart 10th, and in 19th position, and first lady, was Alison Humphrey.  Also amongst the 321 finishers were Jud Kirk, and Louis Baldry – Louis is JM10, and it’s tremendous to see BAC‘s youngsters competing.  Jez Bragg was third of the 97 runners at the Blandford Parkrun, and, in the Weymouth Parkrun, Simon Munro was 6th of a total of 222.  Further afield, Helen Ambrosen ran in the Clumber Park Parkrun, Nottinghamshire, and it was intriguing to see ‘Bournemouth AC‘ in the results alongside Retford, Newark and Worksop running clubs.  Helen, who was described as a ‘First-Timer’ (little do they know!) was 56th of the 148 who took part.

Whilst on the topic of long distance events, spare a thought for Steve Way who, although passing 50k in the 100k World Championships in the Netherlands on Saturday 12 September in 3.10.6, within sight of the leaders, subsequently had to pull out with a right glute problem.  Although very disappointing for Steve, the decision not to continue was exactly the right decision, avoiding any long term injury, and we all send our best wishes to Steve for a rapid recovery, and we look forward to his return to training, and the inspiration he brings with him, very soon. 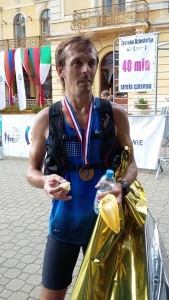 Jacek Cieluszecki displays a well-earned medal – and some flowers?

It appears that Jacek Cieluszecki took part in an Ultra Distance race, probably a mountain race, as all we know is that Jacek completed it in 10 hr 35 mins, and it involved an elevation of 4500m.  Also, we know it was won in 9 hr 11 mins, so we’re not quite sure how pleased Jacek is with his run.  It would be interesting to know a little more…………….. 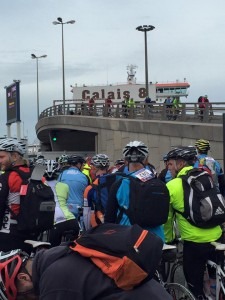 Caroline Rowley is believed to be in there somewhere!

Another event about which more information would be welcome is a race (solely a cycle race?) which Caroline Rowley completed in 5 hr 2 mins on the continent, finishing at Calais.  All we know is that it was “tough, nasty hills and pouring rain”!  Perhaps it’s a case of the least said the better! 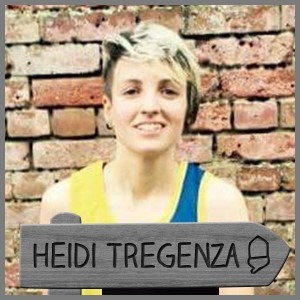 Back to Heidi Tregenza, who has been selected as part of the AYP Trail Running Team – not quite sure what this is, but AYP means At-Your-Pace which Heidi describes as “a great little shop, stocked with quality kit, in the depths of Cornwall”.  According to the shop website, Heidi was first lady in the Mudcrew RAT over the weekend 5/6 September, so this sounds a completely different type of race from the one in which Heidi was first lady the following week!