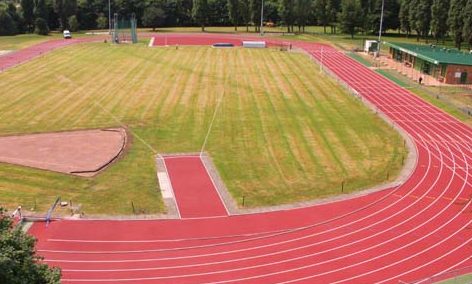 Winners at the Hampshire Vets League 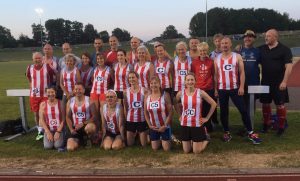 A contingent of five BAC masters athletes headed to Basingstoke on Monday 25 June 2018 to compete in the Hampshire Vets League as 2nd claim for Southampton AC. BAC made a significant contribution to secure an amazing win for both the men and ladies teams.

The Veteran’s ladies team secured their second win of three matches with a score of 137 points, a good 14 points clear of Winchester. Winchester ladies have historically been dominant in this league and Southampton ladies have only ever secured one match win in the league prior to this season.

The night was rounded off with an impressive win in the medley relay consisting of 2 x 200m, 1 x 400m and a final 800m leg. Janet ran a fantastic 200m 1st leg and the baton was handed to Joy for the 400m with a close lead alongside Winchester. Joy managed to open up the gap and get the baton to the 800m runner who did a fantastic job to maintain the lead and win in style. Many described it as an exciting relay to be a part of as well as witness. It’s always a great event to bring the team together and the close the match, especially as the winners!

The men were on form yet again and won their match with 147 points, just 4 points ahead of Aldershot, Farnham & District. BAC’s Andrew Sheerin won the M45 Shot with a 9.89m throw and Stephen Dobson came 3rd in a very close competition with an outstanding throw of 10.35m.

Andrew Sheerin sealed another victory in the Hammer with an impressive 37.25m, only just behind the M40 winner (37.69m) and Andy Turner won the M50 Hammer with 34.06m.

The final match in the series is almost upon us on Monday 9 July 2018 in Aldershot. The men won the league and final last year and are looking to repeat this champion performance streak.
A win for Southampton ladies in the final match would secure them a season’s league win and a much desired place in the Southern Counties Finals in Ashford, Kent in September. Come on team, you can do it! 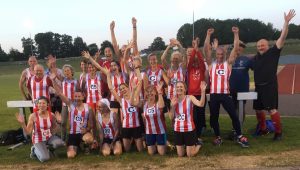