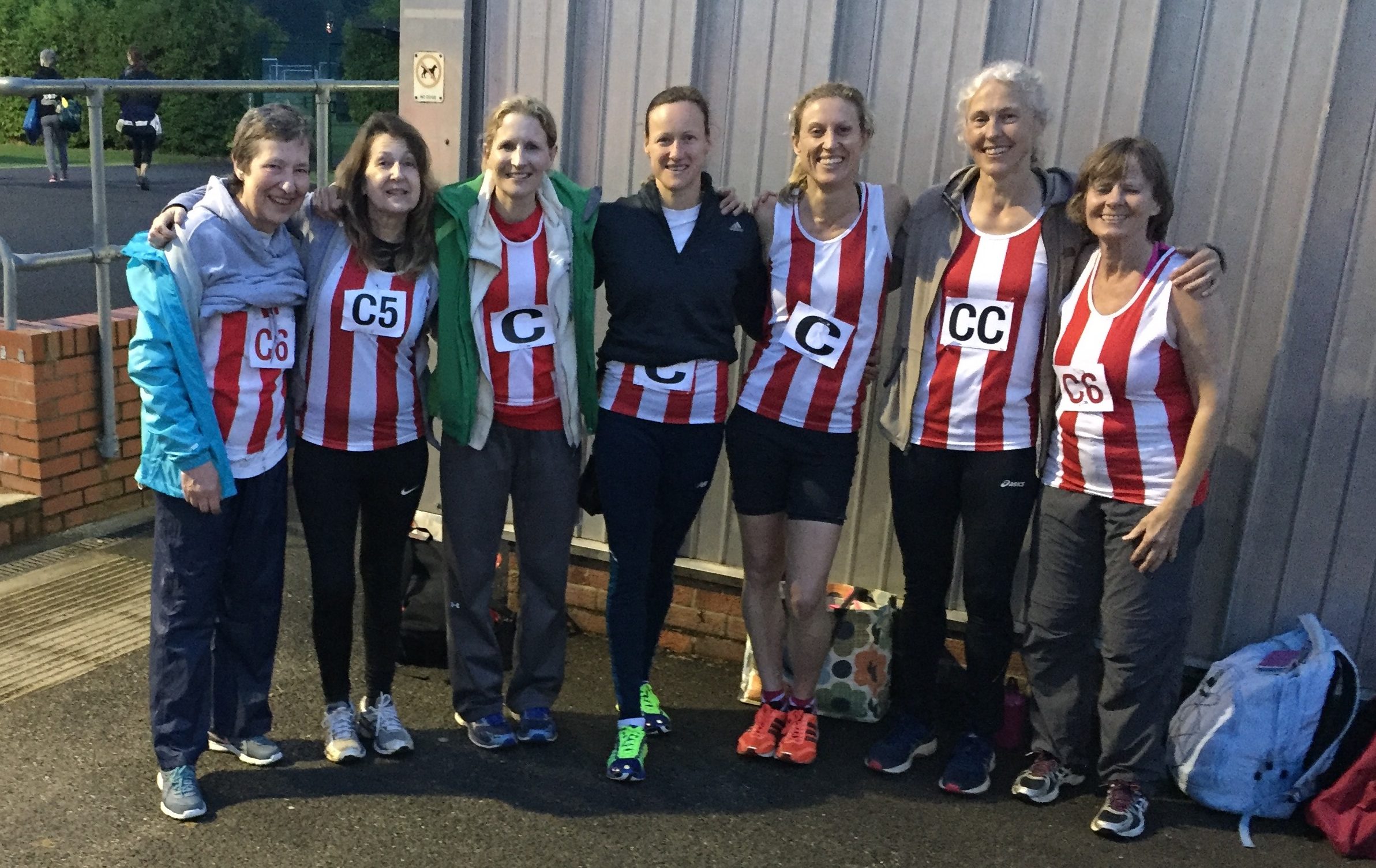 BAC Masters Athletes represented Southampton to secure a triumphant Win in Match 2 of the Hampshire Veterans League at Winchester. 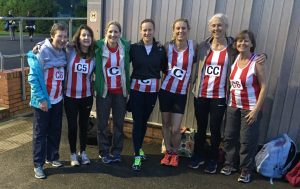 On the evening of 21 May 2018, several BAC masters athletes travelled to Winchester to compete as part of the Southampton AC Veteran’s squad.  Despite the stronghold, BAC  do not have a Veterans team, thus many compete as second claim for Southampton.

The vets league provides such great competition, a brilliant atmosphere and it certainly was an amazing evening alongside our fellow team mates from Southampton.  Thanks to everyone for such an incredible effort and well deserved win!

Despite the promise of light showers, the thunder storm took a few by surprise. Fortunately it passed before proceedings commenced and the grass was greener as a result – not that BAC are fazed by the weather.

As usual, the BAC contingent were out in force with Andy Sheerin, Andrew Turner, Steve Dobson, Joy Wright and Janet Dickinson in action.

Janet and newcomer, Joy added the points for Southampton. 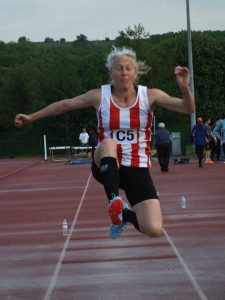 Janet Dickinson had a great evening with a convincing win in the Long Jump 4.21m before heading to the 200m start line via the Shot Putt where she threw an outstanding 9.04m. A quick dash to the 200m saw her dominate the lead and win in 29.0sec and Discus 25.14m. Janet still had fuel in the tank for the first leg of the 4x400m relay. Again Janet dominated the race and created an enormous lead.

Joy looked strong, closing the gap with a final leg chase for 2nd place. and the fastest split overall 63.9.  Joy started the evening at the 200m start with a few aches and pains but ran well for 2nd place against strong competition, 28.5. About 10 minutes later Joy was back on the start line for the 800m which was well executed near the front and well placed for a win had she not blown up in the last 50m. An incredible effort to finish hard with nothing left and feeling so unwell. After staggering around bewildered, Joy was offered a magic cake which revived her in time for a quick non scoring discuss throw over 20m and the 4x400m at the end of the day. 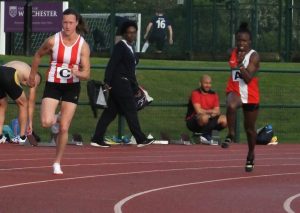 Fantastic result for the Southampton team, both men and women won the match.  The men usually make the final.  However, the women have a realistic chance of reaching the final for the first time ever, come on girls you can do it!