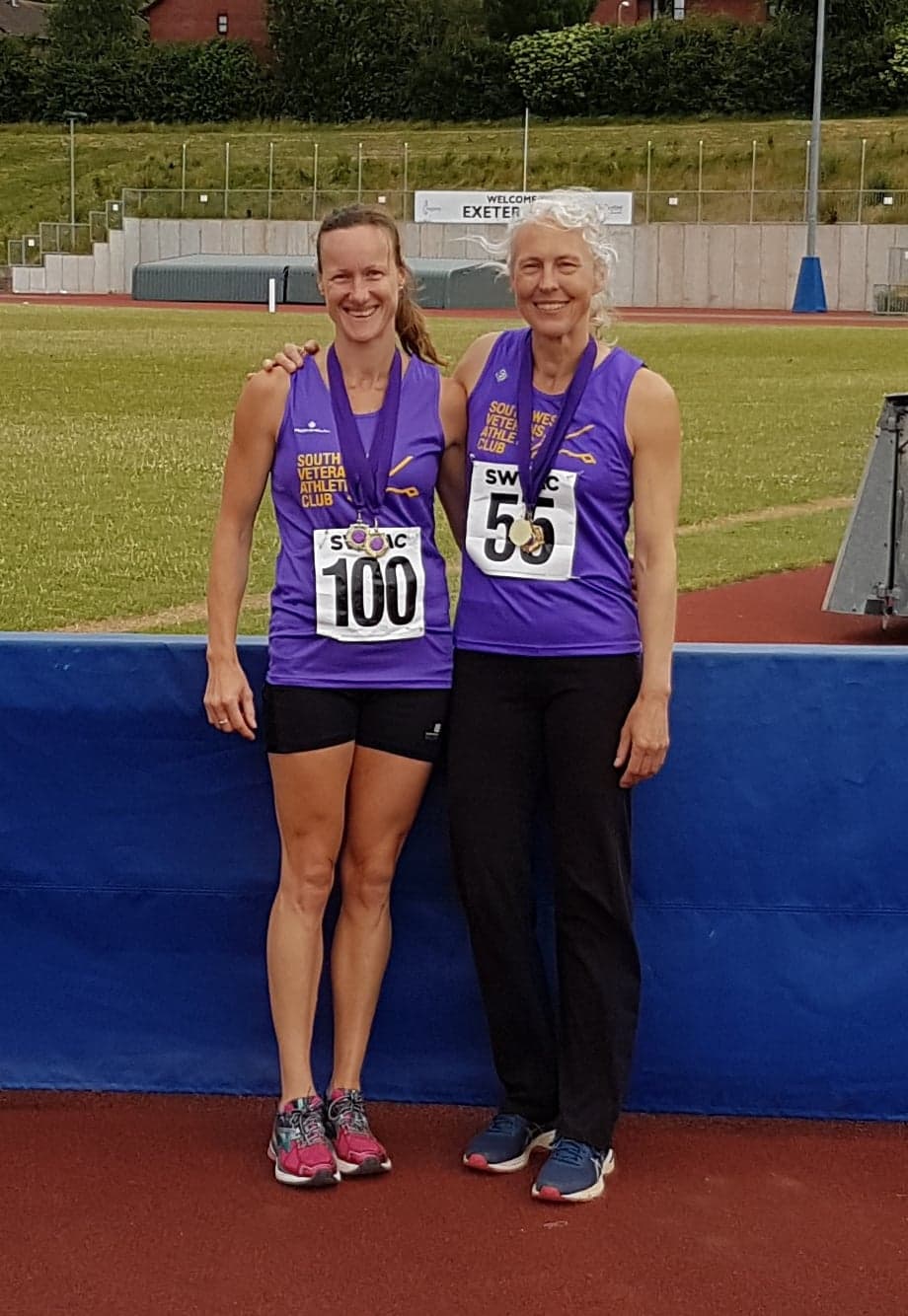 The South West Vets Championships were held at Exeter Arena, home to Exeter Harriers Athletics Club on 17 June 2018. The annual championships present an opportunity to meet and compete with the Masters athletes in the South West region.

Several BAC athletes made the long journey to compete in various events, both track and field, running, jumping and throwing to an excellent standard, showing that age is no barrier. 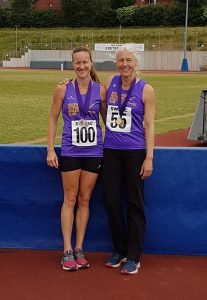 The BAC ladies were represented by Janet Dickinson and Joy Wright who were happy to see former team mates Paola King and Jean Fail line up for their respective events. Paola was also dedicated to selling the SWVAC kit with a lovely smile – this season’s black is purple!

Janet won Long Jump with an outstanding 4.66m, 400m in 66.68sec after an incredible 300m Hurdles debut performance of 51.5sec. Janet’s great performance was a South West Championship and regional record W50, not a bad day in the office. It seems clear that Janet has plenty more to give, especially in the 300mH as she chopped her stride coming into the last hurdle which set her back. At that point Janet was behind the lead runner by several metres yet she refused to settle for 2nd and powered across the line, breaking the 52sec mark, an inspirational run!  Janet commented on her performance making reference to the last 100m where the lactic acid really kicked in and the need to work on that last hurdle.  In fact, it as it was the first time she had cleared all eight hurdles, even in training so kudos to Janet!

In the same race, Jean Fail, former BAC member and current World Masters Champion Hurdles W65 ran her speciality for the first time this year and showed fantastic form, many commented that she “looked terrific”. It certainly was a pleasure to watch and be a part of the action for those present. Paola King also ran well in the 300mH and had a busy day also competing in the 100m and shot putt and hammer. 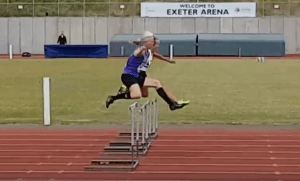 Janet at the final hurdle

Joy won the 200/400m gold double in age group and overall.  In the 200m, Joy powered around the bend in lane 5 and into the home straight.  Although she was expecting the opposition to be up on her shoulders, she lead the way and crossed the line in 28.25 PB, just 0.25 short of the match record but an improvement nonetheless.  Joy was disappointed with her performance as she was wanted to break 28 but felt very heavy in the legs and is still trying to manage long term injuries.

Next up was the 400m with a lane 8 draw which wasn’t great news for Joy.  She wasn’t fazed by it and decided to run her own race.  She had to lead the way and although still out in front, a slight panic motivated her to kick hard in the last 120m.  She accelerated away from the rest of the field and ran 63.39, somewhat disappointed to miss out on the match and club record of 62.9.  Considering the injury problems, Joy reflected on her performance and feels confident there will be significant improvements for the season ahead. Perhaps a better lane draw with more athletes on her heals will help her realise this goal.

Steve Dobson and Andy Turner were both on great form, winning their age group in Shot.  They dominated the competition and looked to be on great form for the upcoming championships.  It was a joy to see both throwing so well with Janet and Joy helping to officiate (as a warm up for the 400m). 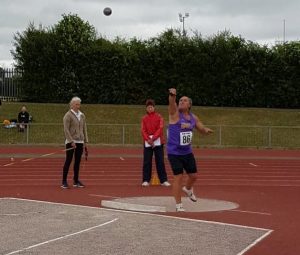 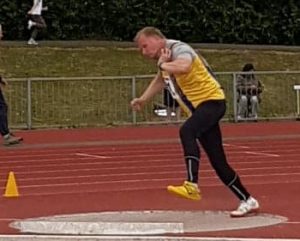 Andy Turner on form in the Shot

Andy won the discus outright with a great throw of 34.18m and Steve threw 25.85m for the silver medal.  Steve was the overall winner in shot with a beautiful, golden 10.27m and the only athlete over 10m, which just evaded Andy by an annoying 2cm with his fantastic 9.98m winning shot.

David Flicos showed his determination competing in the 100m in 18.59, High Jump 1.09m and 6.86m Triple Jump.  David finished the day with the 100m hurdles and it was evident he is not a quitter. The previous events had taken it out of his legs and he struggled to clear the hurdles, yet David battled on to finish the race and didn’t give up. He showed strength of character and shear willpower to succeed. 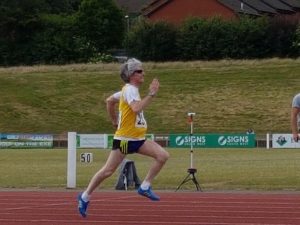 The atmosphere, excellent vibe and friendliness at these events are a thrill to witness.  The performances show what can be achieved with hard work and dedication.  These events bring like-minded people from all walks of life and all abilities together and unite us in the great sport we dearly love, Track & Field!

Thank you to the organisers and officials who made the day possible. with so many impressive master athletes competing. A great day!

The next event is the England Masters Inter Area T&F Challenge on 8 July 2018. If you’re over 35 years and inspired by the BAC masters or simply wish to have a go and challenge yourself, you can join any area club such as SWVAC as a 2nd claim athlete

Full results are available on Power of 10