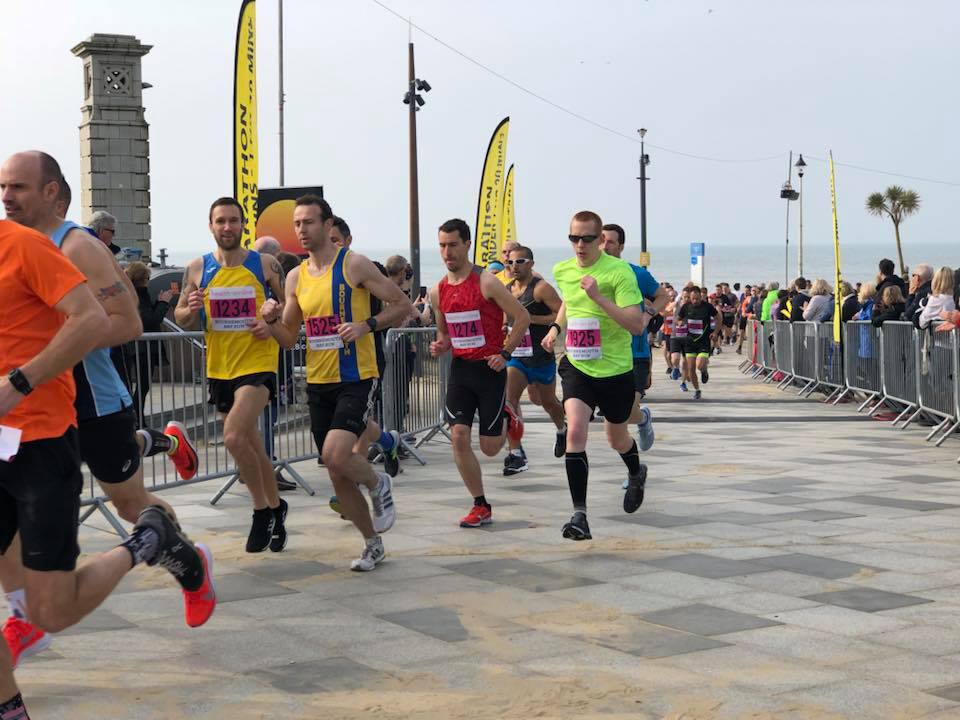 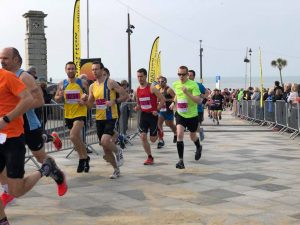 It wasn’t the easiest course for a fast time with a tough headwind going along the promenade for the first three miles and then a tough zig-zag that was a bit of a pace killer.

A strong contingent of Bournemouth AC members lined up for race though with Alex Goulding, Chris Phelan-Heath, Phil Cherrett, Ian White and Katrina White all representing the club.

It was another positive step on the road back to his best form for Alex Goulding as he took part in his first race since the Boscombe 10k back in  November.

In terms of competitive running, Alex has only really done parkruns recently but he’s been gradually improving his times week-by-week and the Bournemouth Bay Run 10k would be a good tester for where he’s at with his fitness.

After getting a good pace going for the first 5k, Alex almost felt like that was all he could muster up. He wasn’t used to running hard any further than that.

He stuck with it though and was able to grind out a decent second half to finish in a time of 37:22 which put him in 9th place overall. It was still well below what Alex is capable of but he’s getting there. It will just take some time before he gets back to his full potential over a 10k distance. 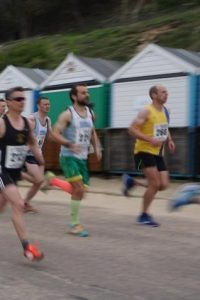 It was good to see Alex Goulding back in racing action and he didn’t disappoint, finishing in 9th place with his time of 37:22

Taking a rare break from the trails, Chris Phelan-Heath decided to take a punt on a rare road race foray and it worked out well for him, culminating in an excellent time of 37:34. That put him in 11th place overall.

After six months of pure trail running, Chris wasn’t sure how it would go on tarmac but he felt strong and even had a few more gears to go up if needed.

His race strategy was to run 3 miles and around 6 minutes per mile and then the rest a touch faster to hopefully give him a negative split.  That was pretty much how it turned out as well so it was a very solid run from Chris.

After his magnificent run at the Eastleigh 10k where he secured a PB of 37:27, Trevor Elkins was back in 10k action looking to emulate that time.

After starting off quite quickly, Trev’s pace dropped a touch though and he found himself suffering a bit of fatigue. The headwind may have had an impact as well as Trev failed to reach the heights he did at Eastleigh. Finishing in a time of 39:32, Trev took 24th place in the overall standings.

Trev’s partner Gemma Vincent was also in action that day in the 5k race, which she ran to raise money for Spring, a charity that helps parents and relatives cope through the loss of a child.

Gemma isn’t really a runner by nature so it was a great achievement for her to complete the race but he did, even managing a cheeky spring finish at the end. Most importantly though, she raised a large amount of money for a charity very close to her heart. 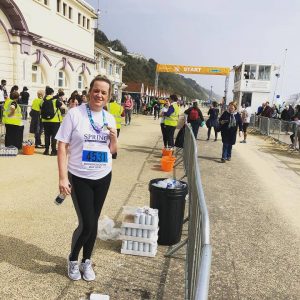 Another man on the comeback trail after a recent injury was Phil Cherrett, who finished in 170th place with a time of 48:55. Again, that is well below what Phil is capable of but he is trying to take things easy as he was worried about his knee throughout the race.

In truth a may have been a tad too early in the calendar after his injury and also illness had kept him out of action for so long. He knew he wasn’t anywhere near PB shape so just ran it for fun.

Thankfully the knee held firm and Phil was able to complete the race for the fourth year in a row. His time was almost exactly the same as his time from the year before so that will give him some encouragement that he will be able to rediscover his best form once he gets back to peak health and fitness. 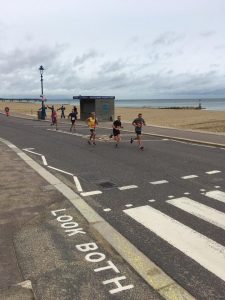 Having not done a lot of running recently due to a knee injury see suffered in the Bournemouth Marathon Festival Half Marathon last October, Katrina White was targeting a sub-50 time.

Some help was on-hand for her though as Ian was also running and took it upon himself to help pace his daughter through the run. The first couple of miles went okay for them but Katrina began to struggle a bit over the middle two miles.

Managing to pick the pace up well for the last two miles, the pair managed to pull it round and give themselves a chance of sub-50 finish. It was going to be touch and go through. 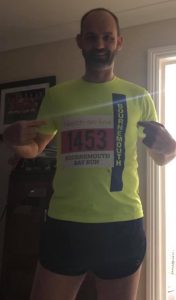 They both stopped their watches on 50:01 so it was an anxious wait to see if they had actually done it when the official time came through.

It turned out they had, with both registering a chip time of 49:58, so although it was a close call, it was mission accomplished in the end for Katrina and Ian.

Katrina took 178th place overall and was 26th female, with Ian taking 179th place. The fact they were so close to the target time just served to emphasise the accuracy of Ian’s pacing. He’d say it was never in doubt. 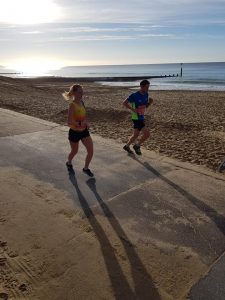 The winner of the race was David Broadley, giving the Twemlow Track boys a double after Rob McTaggart won the half marathon. David clocked a superb time of 34:26, putting him a minute ahead of Ryan Wheeler who was 2nd in 35:28.

Jonathan Day and Joseph Bull battled it out for 3rd place, with Jonathan coming out on top by just one second, finishing in a time of 36:00.

The prize for first female went to Ruby Orchard who crossed the line in 38:41, which put her in 16th overall. She narrowly edged out Jessie Lutwyche who finished 17th in a time of 38:49.