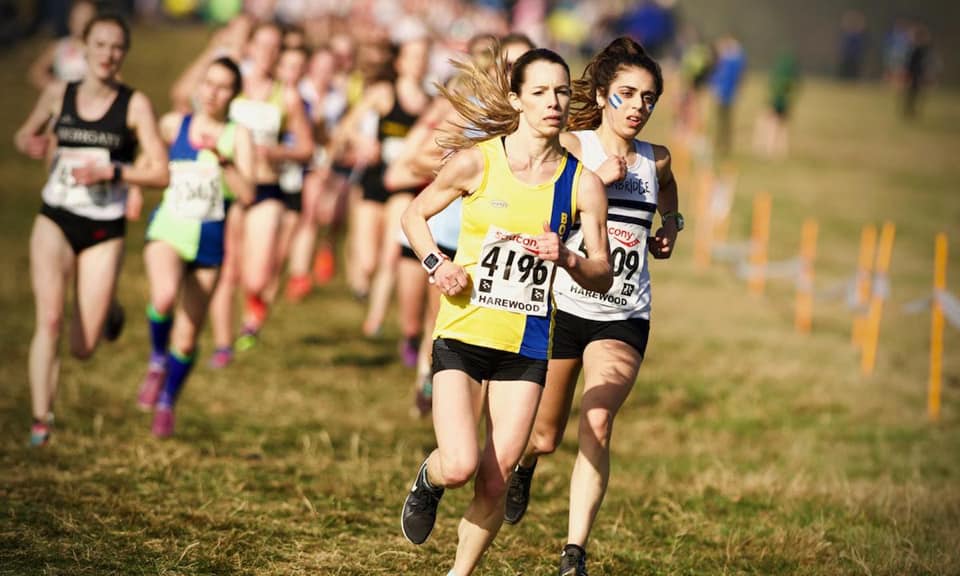 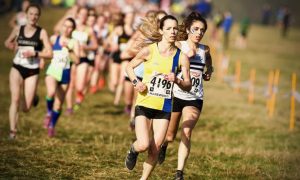 It’s the toughest, most competitive and most daunting race of the entire cross country season. It’s the one that separates the men from the boys and the women from the girls. It’s the ultimate test of strength, character, grit and determination.

All of those things would be needed in abundance at the National Cross Country Championships, which this year was held at Harewood House Estate near Leeds.

Unfortunately, with the event sandwiched between the Lytchett 10 and the Bournemouth 10 league races and considering it was such a long trip up north, it didn’t attract too many Bournemouth AC members this time round.

The club did, however, have some representation in the men’s and women’s senior races. Stuart Glenister was action in the men’s race, whilst Georgia Wood and Annette Lewis took part in the women’s.

The senior women had an 8km course to contend with on a two-lap route. The profile of the course was brutal, with hills aplenty – enough to put even the most accomplished of runners through their paces.

Putting in a terrific performance, Georgia Wood finished the race in a superfast time of 32 minutes and 43 seconds which landed her in 83rd place out of 1,034 runners.

Given the extraordinarily high standard of the event, that was a cracking result for Georgia and showed she really has the ability to mix it with some of the top female athletes in the country.

Although she struggled on some of the hills, Annette absolutely loved the course and said she would definitely be keen to race there again. Finishing in 930th place, Annette registered a time of 50 minutes 37 seconds. 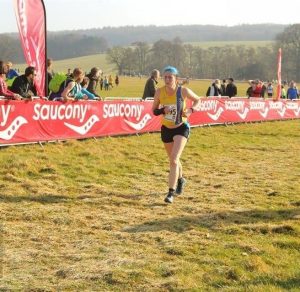 Despite the ma many testing hills, Annette really enjoyed the course and said she’d love to race there again

The men’s course was 12km long and with the amount of hills there were to scale, it was always going to be an energy sapper. Stu enjoyed the stunning location though and the atmosphere which set the tone for an incredible race.

After powering his way up the first hill, Stu somehow managed to keep on the throttle throughout the race, despite the constant undulations.

Ending with an almighty sprint finish, Stu collapsed over the line and crawled away, very proud of his efforts. One thing is for sure, he certainly left it all out there – and that’s something you can always guarantee from Stu. 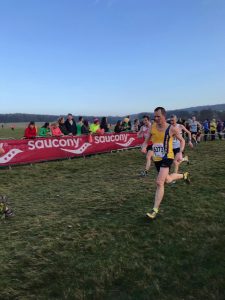 Registering a time of 51:09, Stu finished up in 1,158th place in a field of 2008. That was a superb result given the high calibre of the athletes he was up against.

After the race he did contact England Athletics to enquire about the results but was told that, despite the fact that the race was chip timed, there wouldn’t be any age groupings. 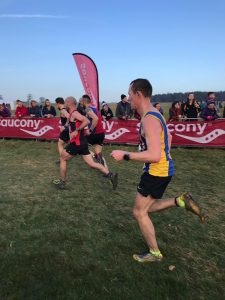 That was a little disappointing for Stu as he would have loved to have seen how he compared with other vets but sadly it wasn’t to be. Nevertheless, he was still delighted with his run. 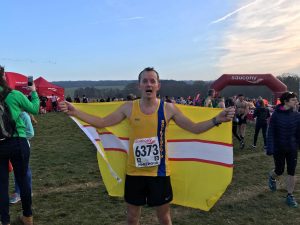 Stu celebrates an excellent performance, proudly holding aloft the Dorset flag as he does so