BAC stars pack a punch at Round the Lakes 10k 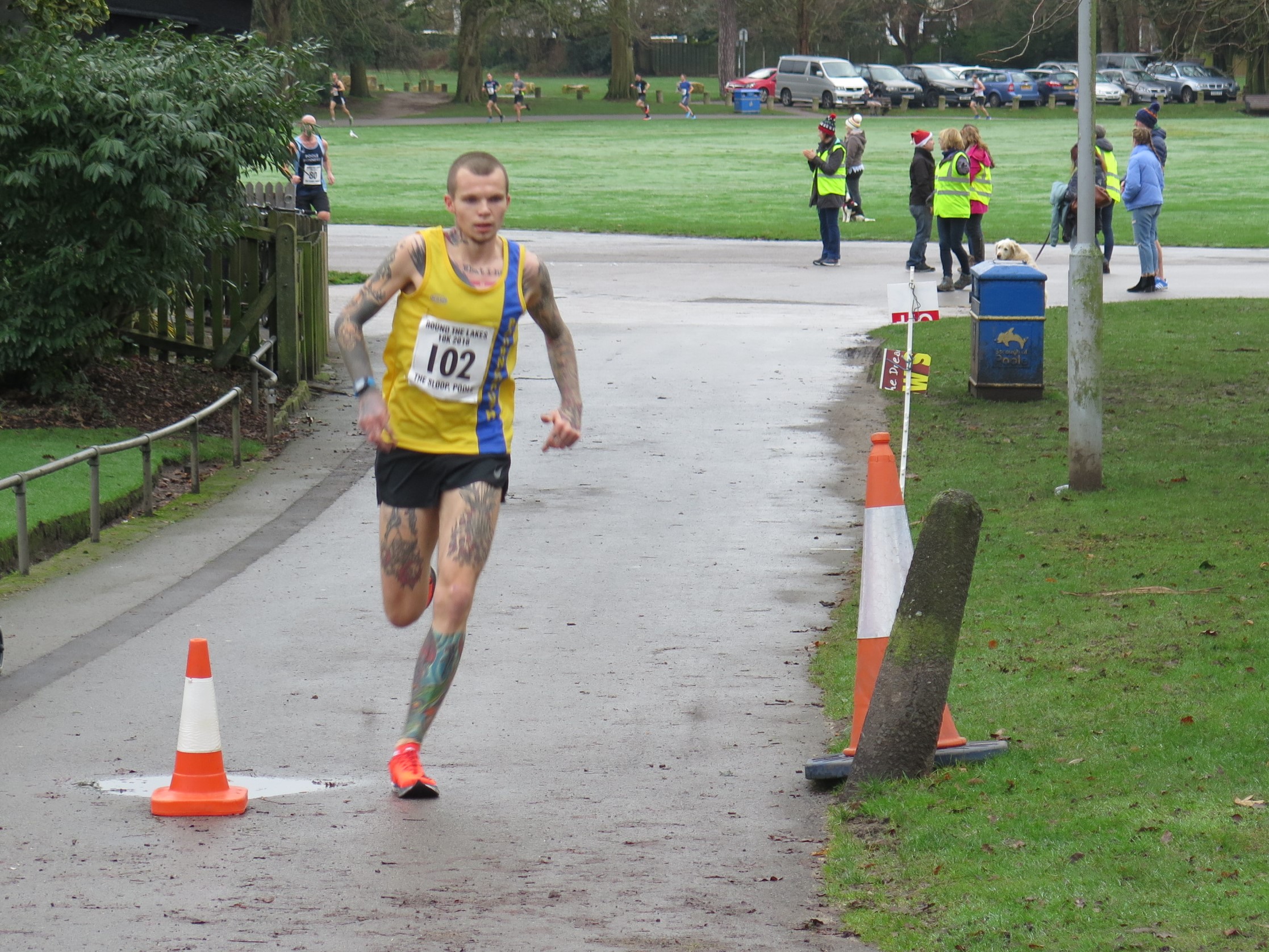 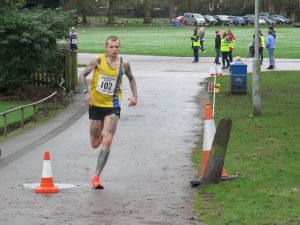 The festive frivolities continued with the annual Boxing Day ‘Round the Lakes 10k’ race at Poole Park. The course consists of three laps, going round the cricket pitch and the lake. Those familiar with Poole parkrun would know the route well.

Of course, with the race being staged on Boxing Day, the athletes taking part could easily be forgiven for perhaps not being in peak condition.

The tendency is often to over-indulge on Christmas Day, whether it’s cramming in too much turkey, drinking one too many sherries or scoffing that second helping of Christmas pudding that you know you really shouldn’t. That can easily result in a hangover of sorts come Boxing Day morning.

What better way to shake it off though than a quick 10k blast round Poole Park? If it’s not an opportunity to chase down a personal best, it’s at least a chance to burn off some of those excess Christmas calories.

Despite all that though, the race generally attracts a very high standard field and this year’s race did still see some exceptional performances produced. Piers Copeland of Wimborne AC raced round the course in 31 minutes 56 seconds to secure an excellent victory, with Daniel Mulryan of Poole Runners following closely behind in 2nd place, recording a time of 32:01. Sam Costley of Southampton AC took 3rd place in a time of 32:51.

One man who didn’t have to worry about overdoing it on the turkey was Bournemouth AC’s very own Sean Edwards. The mean, lean, vegan machine smashed his 10k PB to reach the line in a stunning time of 34:35. That put him in 11th place on a day, a second ahead of Andy Leggott of Lonely Goat RC who was 12th. 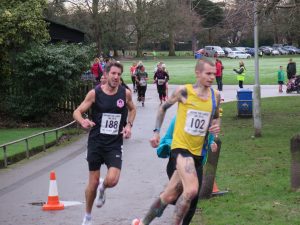 It was the first time Sean had been under 35 minutes so he was over the moon with that outcome. It was a great to end the season merrily on a high for Sean and overall it’s been a fantastic one for him in running terms.

Finishing 6th overall in the Dorset Road Race League was a terrific achievement and Sean was also 1st in the Men’s 21-24 category. No doubt there will be good things to come from him in 2019. 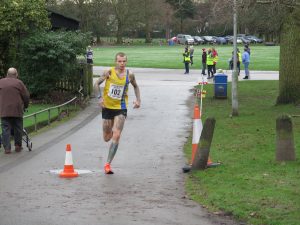 Sean races toward a terrific new PB of 34:25, putting him in 11th place in an extremely high calibre field

The next BAC member of the line was Dr Ollie Stoten, who completed the course in a super-quick time of 38:06. That put him in 33rd place in the overall standings.

It didn’t measure up to Ollie’s performance at the Boscombe 10k the previous month where he crossed the line in 37:33 but it was still a decent run from Ollie, who is of course much more of a long distance runner.

Ollie’s year has seen him tackle several big ultra-marathon races including the Namib Race, a 7-day, 250km trek across the desert in Namibia. He also competed in the Brecon Beacons 10Peaks race (89km), the Chiltern Wonderland 50 (50 miles) and the Ridgeway Challenge (86 miles). 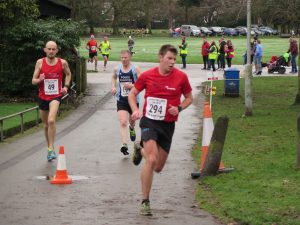 Ollie Stoten wore a festive red for the Boxing Day blaster, where he crossed the line in 38:06

Finishing as 3rd placed lady on the day, Georgia Wood crossed the line in a stellar time of 38:14 to take 35th place overall. Whilst it didn’t quite match up to her run in the Valencia Trinidad Alfonso where she recorded an incredible PB of 37:14, it was still a decent outing for Georgia and gives her every reason to be positive for the season to come.

The women’s race was won by Grace Copeland, who made it a magnificent day for the Copeland household, crossing the line in 35:20 to land 15th place overall. Samantha Amend of Belgrave Harriers was 2nd lady in 37:55, putting her 30th overall. 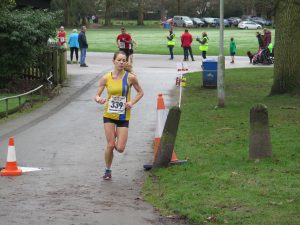 Taking 39th place overall, László Tóth was next over the line in the yellow and blue vest. László was just out to enjoy himself and appreciate the social side of the run and who can blame him after the phenomenal year that he’s had.

The next BAC member to arrive at the finish was Stuart Glenister, who reached the line in a time of 39:42 to take 54th place. It was good for Stu produce a solid sub-40 run after a year that has seen him make limited performances for the club. 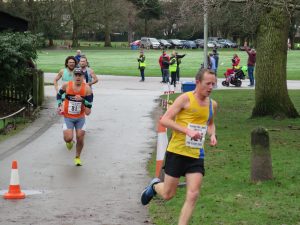 Stu did compete in the recent Hampshire Cross-Country League fixture though at Popham Airfields and he’ll hopefully be in action more often in a yellow and blue vest in 2019.

In last year’s Round the Lakes race, Steve Parsons had ran it with Kirsty Drewett and Kirsty had ended up getting a PB that day so he decided to do the same this time out. 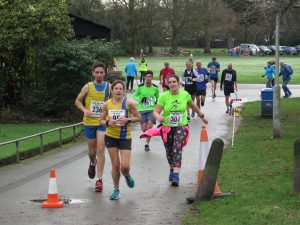 It was slightly different on this occasion though in that they both seemed to struggle to get any rhythm going and it felt like a bit a slog the whole way round. Despite feeling like they’d worked harder than they did on last year’s run, they ended up a minute off their 2017 times. 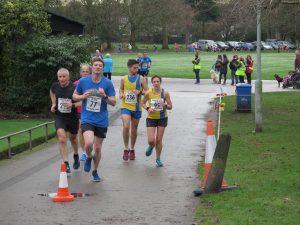 Kirsty’s year has been somewhat blighted by injuries but she still managed a 10 mile PB of 76 minutes, a half marathon best of 1:45:18 and managed to complete her first ever marathon at the Purbeck Running Festival.

Steve has had an excellent year, setting a new 10k PB of 43:18 at Boscombe and has stepped up to both the 10 mile and half marathon distances for the first time, performing very well in his first attempts. 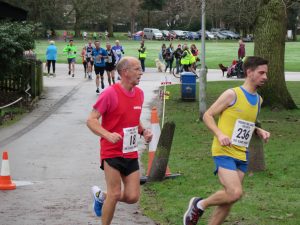 Next over the line for BAC it was Joe Price who came in 148th place in a time of 48:38. It was the first race Joe has competed in since 2016 so it was good to see him back out there representing the club. 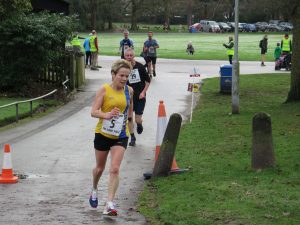 Helen has been competing in quite a few of recent road races for the club as well as the Hampshire Cross-Country League fixtures and her performances have certainly been on an upward curve over the course of the year. It was great to see her end the season on a high with both a time to be proud of and a category win. 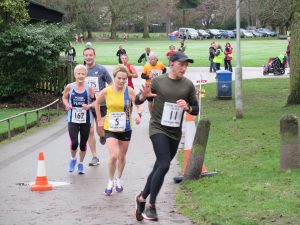 Managing her fastest 10k time since 2016, it was a magnificent performance from Helen that saw her finish as 1st woman over 60

Arriving at the finish in a superb time of 52:40, Dave Parsons crossed the line in 198th place and 3rd in the Men’s over 60 category.

Dave’s main aim for the race was to beat his time at the Guernsey Easter 10k earlier in the year, which he did by almost two minutes. He had a good battle with Barry Telling of Littledown Harriers, an old adversary of his. 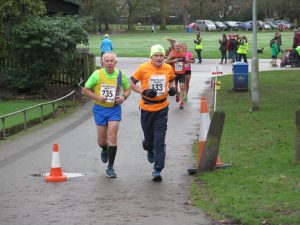 Feeling fairly strong throughout the course of the race, Dave managed to pull away from Barry in the second half of the race and ended up finishing ahead of him comfortably.

Enjoying the race a lot more than he expected to, Dave was glad to be back on the racing circuit and was already looking forward to his next appearance at the Broadstone Quarter on New Year’s Day, which is of course the first Dorset Road Race League fixture of the 2019 season. Before then though, there was time to get back to the mince pies and eggnog.