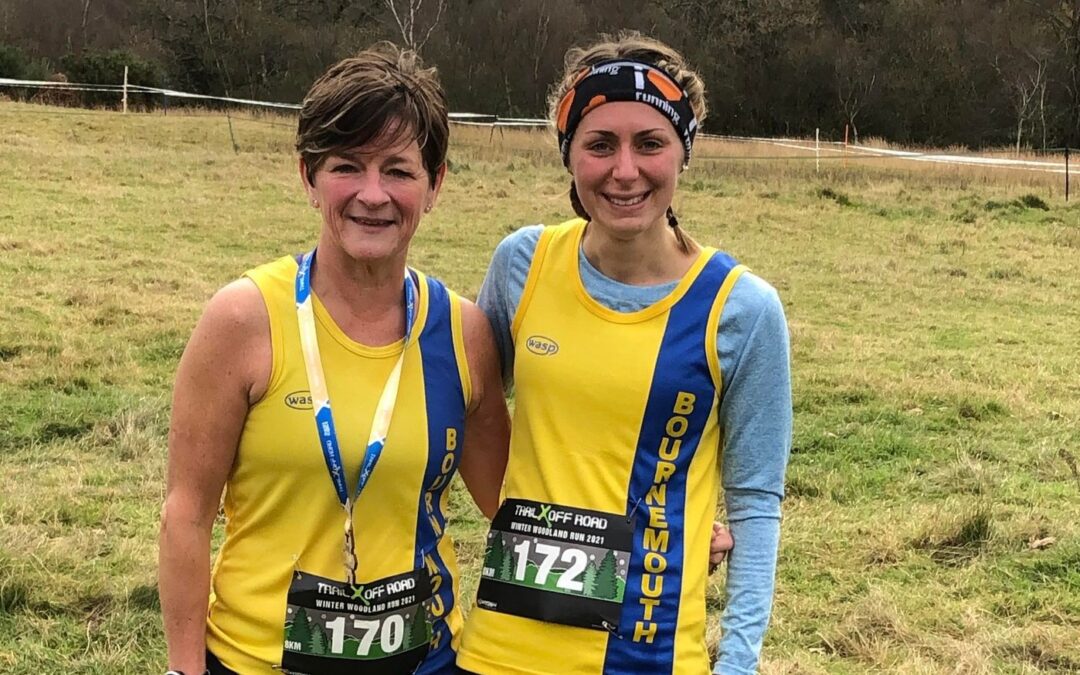 Featuring an 8km race and a 4km race, the TrailX Winter Woodland Run was an event that could appeal to both junior and senior runners. That provided up and coming Bournemouth AC stars Emily Coltman and Neve East with an opportunity to have a stab at the HalfX, which was the 4km distance. It also presented a great opportunity for Louise Price and Tamzin Petersen to hone their skills in an idyllic off-road setting.

Looking to compete in the South West Cross Country Championships and the Hampshire Cross Country League fixtures after the turn of the year, Louise was using it as part of her training for that and managed to rope Tamzin in to join her.

As for Neve and Emily, they can’t get enough of the cross country and trail running scene. They were both competing in the Hampshire Cross Country League race in Aldershot the day before which was also over a 4km distance. Neve finished 11th in that one with Emily coming in in 21st.

Emily has also been doing the Wessex League Cross Country races as well and is currently 2nd in the standings for the Under 15 Girls behind her former BAC teammate Erin Wells who now runs for Poole AC.

Neve has recently made the step up to running with the senior road race group at Bournemouth AC and looks to be progressing well off the back of the Tuesday night interval sessions.

Focusing on hills quite a bit in her recent training, Tamzin also appears to getting stronger, as demonstrated in her magnificent PB at the Wimborne 10, where she went over two minutes quicker than her previous best.

She was going well in the FullX 8km race and was looking on course for a possible 3rd place female position. But things were about to take a turn for the worse, or rather she was about to take a wrong turn which would end up proving costly.

Tamzin heads through the woods of the Gaddens Farm Estate

When she arrived at the finish it turned out she was in fact first female, but her watch said she’d only done 7.3km. She was honest enough to admit that to the race officials and one of the marshals tried to show her back to where she’d gone wrong so she could run the extra bit of distance.

Unfortunately though, the marshal sent her off in the wrong direction and she ended up doing the beginning bit again. She didn’t fancy doing another 8km so she hopped over the tape and found her own way back. At least now she’d definitely done the distance. Sadly though, she’d ended up with a much slower time than she would have got.

Louise had completed the Run to the Sea Ultra in October which was a 50km distance so she’d already done something pretty impressive this year in running terms. At the TrailX Winter Woodland Run would mark another impressive achievement as she won first place in the Female 50-59 category.

Harry Pickering picked up the overall race win, getting round in a time of 34:40. He was followed by Lee Thomas who took 2nd in 34:43 and Simon Waite of Newbury AC claimed 3rd spot in 35:39. 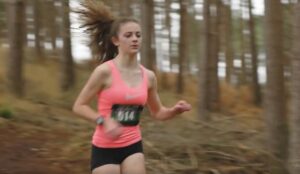 Meanwhile, in the HalfX race it was the Bournemouth AC girls who dominated proceedings, with Neve picking up the overall race win and Emily taking second place. Unfortunately they were both omitted from the race results on the website but Emily’s time was 21:24 and she was first in the Female Under 16 category and Neve finished around 30 seconds ahead of her. 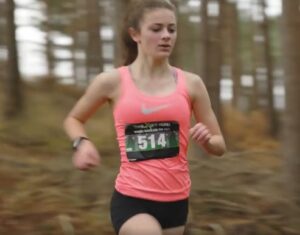 Whilst that may not sound a very quick time for a 4k, it was extremely muddy and hilly. Ordinarily, Emily would be looking at around 21 minutes or under for a 5k. It was clear to see that Neve and Emily did well though as they were around a minute and 45 seconds quicker than any of the adults. Ross Wayne was the 1st adult to finish and he got round in 23:07. 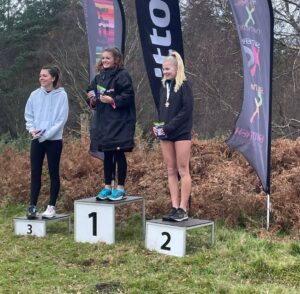 Emily’s dad Jason is also a keen runner as well, which is handy if you’re a junior, and he competed in the FullX, finishing in 6th place and first in the Male 50-59 category. His time for the 8km distance was 40:42. In total there were 64 runners in the FullX race.

It was a nice way for Neve and Emily to end what has been a very good year for them and they will no doubt continue to progress well in 2022 given the work ethic they both display and the talent they possess. 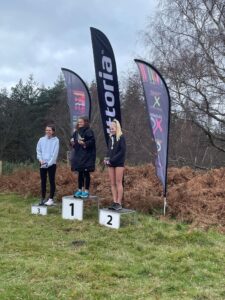 It was the same for Louise as well. A very nice way to end the year on a high, with a category win in the bag and it will no doubt give her confidence for the impending cross country fixtures. As for Tamzin, she knows that she’ll have more opportunities to impress in future and just has to perhaps work on her sense of direction. 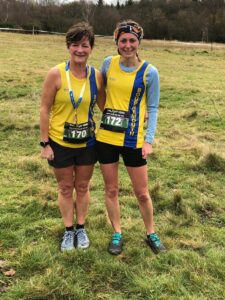