BAC’s Phoebe Dowson returns to the UK and to form

BAC’s discus thrower, Phoebe, is back home from university in the USA for a summer break until early August. 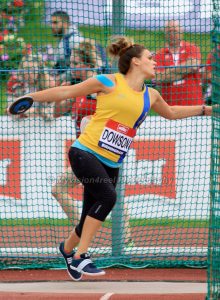 Phoebe in action at the national championships (Myvision4reel Photography)

Phoebe is still recovering from a difficult shoulder injury which kept her sidelined for 3 months this year, however, with careful training and rehab, she is fighting her way back towards her previous level.

Notable performances this summer are a silver medal at the U23 UK Champs and a brilliant 4th place at the recent British championships with a season’s best throw of 50.18, only 2m from the podium and a metre from her PB.

Her last remaining event is likely to be the England Athletics/CAU championships at end of July in Bedford, before she returns to the other side of the Atlantic. We wish her the best of luck for this competition. 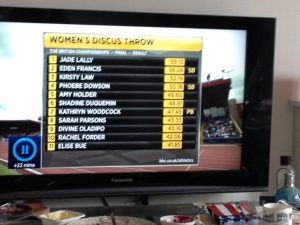 The results of Phoebe’s throws at the British Championships

Thanks to Paul Dowson for the information provided in this report. We hope to include some more of Phoebe’s performances both in the UK and the USA over the coming months!