Big PB in Big Half for Terrific Tag 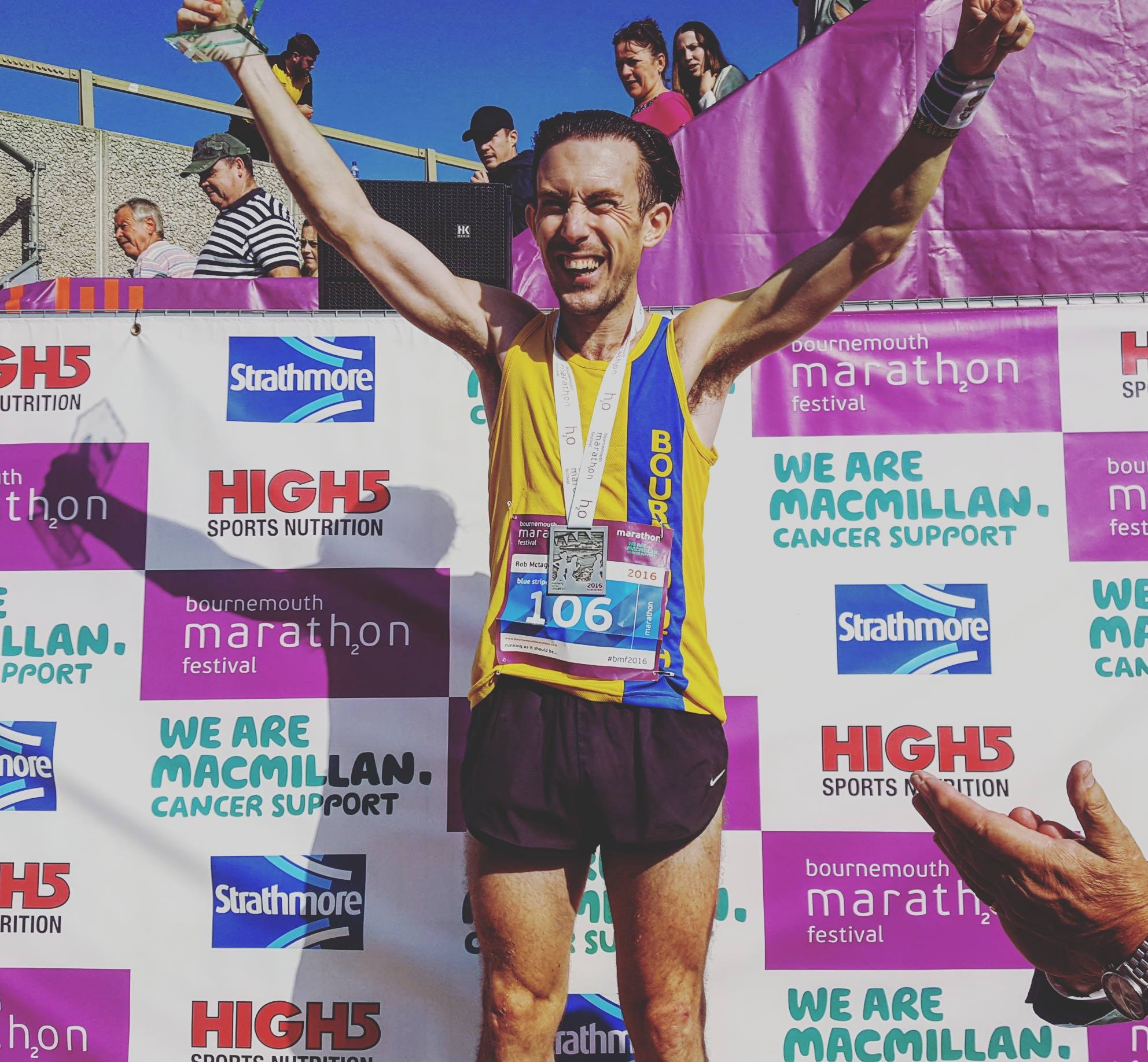 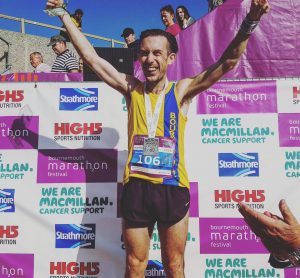 The Vitality Big Half was a brand new event staged in heart of the nation’s capital that proved extremely popular, drawing a huge field of 11,600 people. Running from Tower Bridge to Greenwich and passing through the boroughs of Southwark, Tower Hamlets and Lewisham, the race was heralded as a perfect warm up for the London Marathon, taking place 7 weeks later.

With such a grand venue and with the event being designated the British Half Marathon Championships for 2018 , there was little surprise that it attracted some big names, including Britain’s greatest ever long distance track athlete Mo Farrah, plus Callum Hawkins and the 2017 London Marathon winner Daniel Wanjiru.

The prospect of such a huge half marathon also caught the attention of one of Bournemouth AC’s finest, as Rob McTaggart took to the start line, hoping he’d be in with a shout of a very fast time. BAC second claimer Craig Palmer was also in the line-up, representing his home club of Ampthill & Flitwick Flyers.

After what turned out to be a truly remarkable race, Tag kindly agreed to give us the lowdown of how the events unfolded from his perspective, so here’s a full, raw and unfiltered recount of proceedings from the man himself…

“This past Sunday, myself and second claimer Craig Palmer, running on this occasion in the colours of Ampthill & Flitwick, were entered in the inaugural BIG HALF marathon event in London.

The race was advertised as an ideal warm up for the London marathon, taking in many prominent features of the current route including Tower Bridge and Cutty Sark.

There was also a random mile long tunnel and lots of unwelcome cobbles to contend with. The race doubled up as the British Championships and had the likes of Mo Farah and Callum Hawkins duking it out at the front.

My initial plan was an £11 return trip on the National Express, travelling up on Friday evening and staying at my sister’s. Due to the shocking weather and lack of any public transport in Dorset, these plans were ruined and I’d basically written the race off and got on a sesh up the Tav that night.

Waking up with a heavy head on Saturday morning, a couple of phone calls confirmed there was one final train going from Bournemouth to London at 11:47, resulting in a 53 minute smash and dash to reach the station and a £60 expense on the train fare.

A shopping trip to snowy Bicester village via Hampstead followed and I was still convinced the race would get cancelled. However, on the day of the race it was about 2 degrees warmer and most of the ice and snow appeared to have melted.

I met Craig in the ‘Championship Start’ at some random school – where the standard sub 70 minute target time and usual abuse was exchanged. A minimal trot was done to warm up before we were ushered into the starting pen.

To be fair this is a cracking race. There were quite a few tight turns to negotiate and the cobble sections were a hindrance as they were slippery and generally bad to run on.

The main issue though was the starting area. The race contained a field of over 10,000 people but as it double backs on itself, the start is half a road width wide.

We started at the back of the ‘Championship’ pen and were stuck behind multiple charity and fancy dress runners, as well as some 90 plus minute female runners.

It took 8 seconds to cross the start line and within a minute of running I could see the lads of the calibre I should be with about 80 to 100 metres up the road.

A panic mile of zig-zagging through the masses at 5 minute/mile tempo ensued before I caught up with the group at about 1.5 miles. This group went on to run around 68 to 69 minutes. 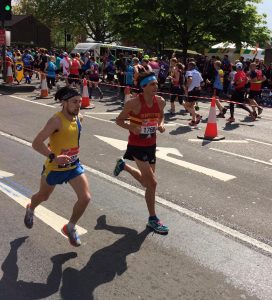 After a tricky start to the race, Tag soon got going and began to pick people off as he progressed toward the front end of the field

That confirms I really did cock up and should get to the start pen earlier in future as a remotely even paced run would surely get a better result.

I started to suffer from my fast start around the 4 mile marker but settled in with a group and started to tick off the miles. By around mile 6.5 to 7 miles, a motorbike with a cameraman appeared from nowhere.

A few seconds later my worst nightmare was confirmed and I had been reeled in by the lead women and was going to appear on the BBC getting dropped. I had to raise my game and latch onto the back of Charlotte Purdue and Lily Partridge at all costs.

For the rest of the race I did absolutely nothing other than stalk these ladies for as long as possible. The last 2 miles were pretty tough and I dropped off a few seconds.

However, despite what the photo evidence  suggests, I’m claiming that I didn’t get chicked, due to registering a chip time of 70:25 verses Purdue’s 70:29. As it turned out, those 8 seconds at the start saved me.

This was a new PB for me and, although not quite the time I felt capable of, the manner I ran in confirms I could potentially go about a minute faster and is a positive result on the road to the London Marathon.

Craig finished in 71:20, which was not as fast as his run a few weeks ago at Wokingham. He realised 3 miles in he wasn’t on for a sub 70 on this occasion and just focused on beating his rivals from Bedfordshire and Milton Keynes, which he managed with no concerns. 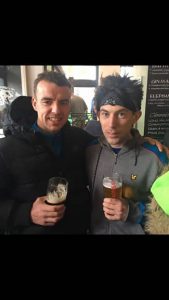 Next we march on to either the Eastleigh 10k or the Reading Half and a period of three or four 100 mile training weeks in the chase for a 2:25 finish at the London Marathon.

For all the stats fans and people with far too much time on their hands, here’s a link to my Strava activity, showing my race splits for each 5k sector.”

A spectacular run by Tag saw him take 34th place in a terrific new PB time of 1:10:25 an most importantly of all, he didn’t get chicked!