Big task for Kirsty to tackle at Giants Head Marathon 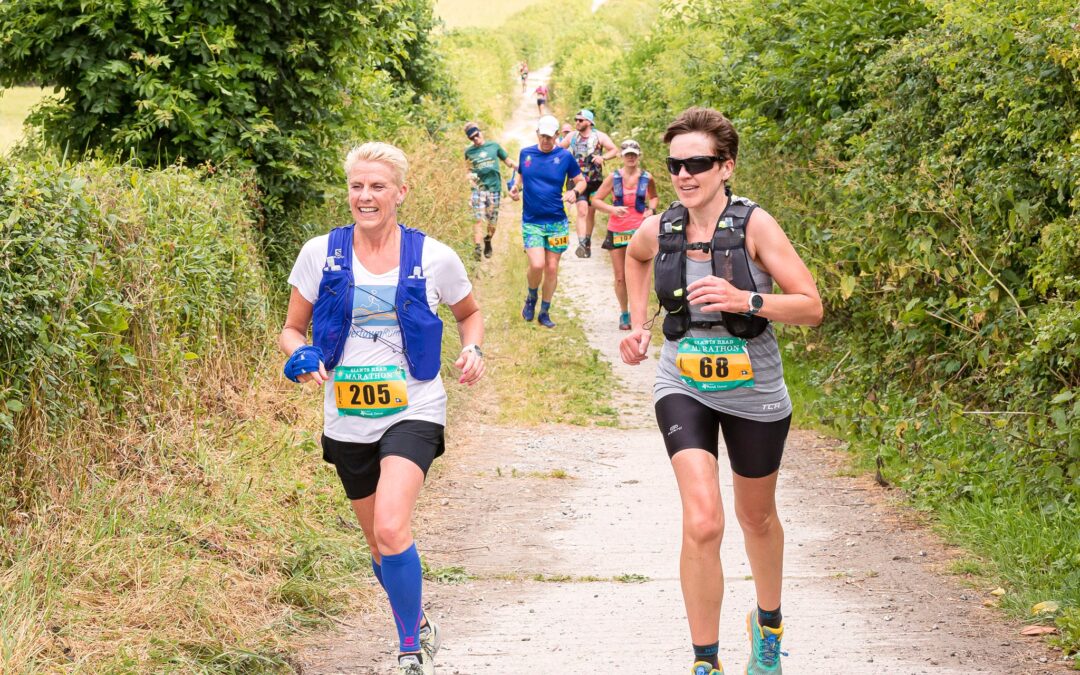 If Kirsty Drewett is doing it, you know it’s going to be tough marathon. She simply doesn’t do easy ones. She only tends to go for ones over testing terrain that have plenty of steep climbs to negotiate. That tells you everything you need to know about the type of runner she is. Gutsy and unafraid to step out of her comfort zone and test herself to the very limit.

At the same time though, she’s one who loves to appreciate the natural world around her. To experience amazing views and beautiful scenery. She’s not a runner who feels she always has to be super competitive. She’s happy to do races purely for the enjoyment she derives from them and the achievement of completing them.

The Giants Head Marathon certainly fitted the bill for all of the above. Featuring over 3,000ft of elevation, it’s a very challenging route but in a very attractive setting through the valleys of Cerne and Sydling around the infamous Cerne Giant. The Cerne Giant is an ancient, naked figure, scupled into the chalk hillside above Cerne Abbas. Its colossal dimensions are 55 metres high and 51 metres wide, so it’s impossible to miss if you’re in the area.

The climbs on the route are steep and the descents are sharp but the many breath-taking views you encounter along the way make it well worth the exertion, as Kirsty can now testify. It was her first ever White Star Running marathon as well so she was certainly jumping in at the deep end.

The race had been cancelled in both 2020 and 2021 due to Covid and Kirsty had been on the waiting list for years. Hence, she jumped at the chance when the opportunity finally arose.

It was a month on from Kirsty’s second completion of the Hellstone Marathon, which also features huge ascent and constant ups and downs from start to finish. This time round, she clocked a time of 5 hours 32 minutes and 8 seconds which put her in 30th place. The Giants Head Marathon would turn out to be an even tougher proposition though. 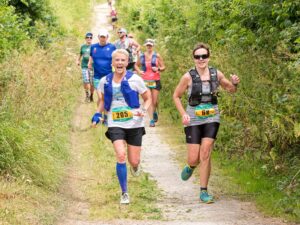 The village of Sydling St Nicholas, where the race was based, was very welcoming to the runners and the villagers did their best to make them feel part of the community for the weekend.

It was a cracking day out for Kirsty and she ran the entire route with popular Poole Runners socialite Sarah Swift. It was quite tricky underfoot in places which made it difficult for Kirsty to get into a rhythm but it was great time on feet in a beautiful part of the world. 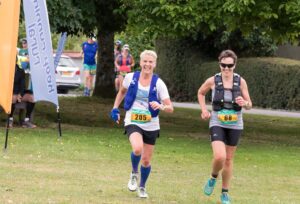 Sarah and Kirsty approach the finish together

Kirsty and Sarah crossed the line together in 5 hours 45 minutes and 3 seconds, which put them in 215th and 216th positions. They were 66th and 67th placed females and Kirsty was 14th in the F40-44 category.

A total of 384 runners participated in the race with 380 of them successfully completing the course. The longest time taken to get round was over 8 hours 35 minutes. 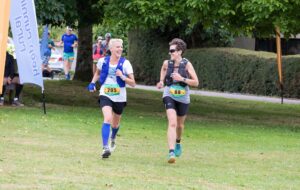 The quickest time anyone managed was 2 hours 52 minutes and 15 seconds and that was Johnny Suttle from Bristol and West AC. He had a pretty big gap over the second placed man who was Roy Brown of Dawlish Coasters. He completed the course in 3:19:47, with Dan Kyne taking third in 3:29:58.

Anne-Marie Bayliss of City of Salisbury was first female, crossing the line in 3:54:04 which out her in 13th place overall. Rebecca White of Wroughton Wippets was next in in 4:14:51, which out her 31st place overall. Then it was Alex Door of Egdon Heath Harriers who came in as third woman in 4:17:18. 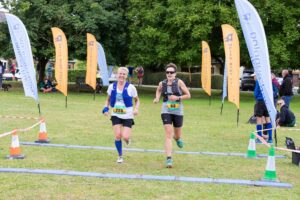 Sarah and Kirsty cross the line, registering a time of 5:45:03

There was also a Giants Head Half Marathon and that was won by Christian Rodiger of Littledown Harriers in 1:39:59. Samantha Scott was first female in that and she came in 6th place overall. 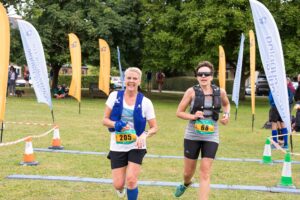 On top of that, there was the Sydling Hill Race which was around about 11km in distance. That was won by Lewis Clarke in a time of 46:46, which put him comfortably ahead of his nearest rival Allistair Bristow of Erne valley Harriers. He darted round in a time of 50:30.

Jenny Carter of Team Bath was first female, crossing the line in 7th place in the overall standings with a time of 55:47. 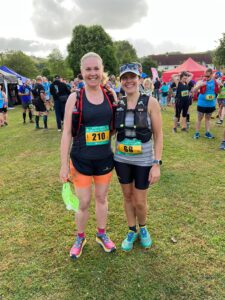 The only disappointing aspect about the race from Kirsty’s perspective was that the distance came up short, registering at 25.91 miles for her activity. It was a bit of a shame to go all that way and not get the full marathon distance on your resume. Mind you, if you factor in the elevation as well, it was worth way more than a regular marathon.

There was plenty going on in the village afterwards, with a BBQ lunch, beer tent and enormous ice creams all laid on for the runners, along with an evening barn dance and supper. 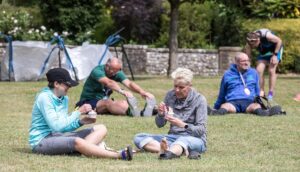 Kirsty and Sarah indulge in some ice cream after the race