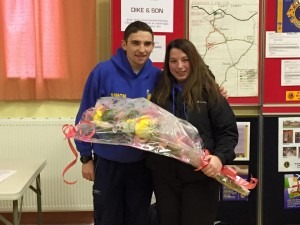 Sam Munro with a bouquet presented as thanks for her hard work for the DRRL, with husband Simon, who no doubt assisted from time to time 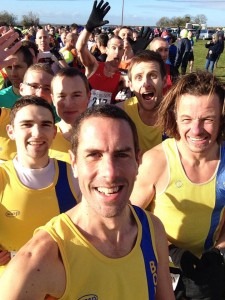 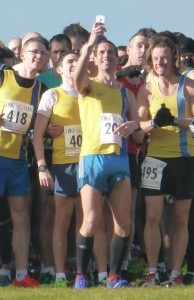 We came. We saw. We conquered. We got the t-shirt. Blackmore Vale Half Marathon, done. Lead by our fearless Alexander The Great (Steve Way), the BAC Army left a trail of yellow and blue everywhere. Blackmoor Vale well and truly received the all famous ‘BAC Attack!’. On what was a very enjoyable course Steve Way came home with 1st male and Heidi Tregenza claimed 1st lady (quite a collection she is getting now. Hope she knows how to put a good shelf or two up…).

Mens: After Steve Way’s number 1 finish, Jon Sharkey brought home the bacon in 3rd, followed very swifty by Josh Cole in 4th and new boy Anthony Clark in a PB 5th position. The DRRL team was wrapped up by Paul Hill who was followed very closely in by Simon Munro (clearly resting for this weekends XC!), Pat Robbins (sporting a very fashionable string vest), Paul Chapman (9 seconds of a PB), Billy McGreevy (wrapping up 9 BAC in top 20). Steve Cox claimed a PB coming in a little over 95 minutes. Ian Graham ran in the 5 mile race and finished a very respectable 5th. Someone likes the number 5…. 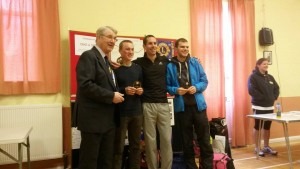 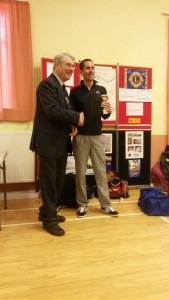 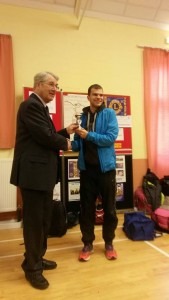 Women: Can anyone stop Heidi Tregenza at the moment? Another weekend. Another 1st. Where do all the trophies go? Nikki Sandell surprised everyone by attempting to move a bed that didn’t need moving and putting her back out. But then she surprised us even more by finished 3rd with the same bad back. Maybe I should try putting my back out more often? Caroline Rowley ran a very solid and calculated race to wrap up BAC’s 3rd female runner and claim the DRRL win. We also had Louise Price make the trip and run a PB. Normally Louise likes the muddy Cross Country action, but this PB might see her branch more to road races. Watch this space… 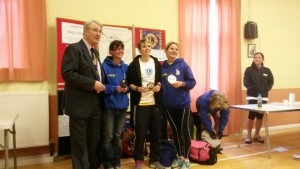 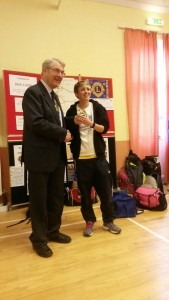 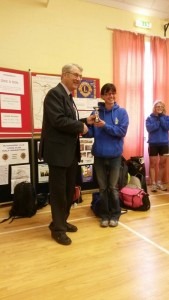 The opportunity was taken at this 2nd League race of the year to present a bouquet of flowers to Samantha Munro (assisted from time to time, no doubt, by husband Simon) for all her hard work over the last few years in organising the Dorset Road Race League.  Unfortunately, Sam is unable to continue due to re-location of Simon’s work and, although Jerry Shield of Wimborne AC has taken over, Sam will be sorely missed.

Jez Bragg at another parkrun? Can’t be? Surely… 3.1 miles. I don’t believe it! But yes, he was there. Claiming 2nd runner (there is no places at parkruns. Only tokens!). The father-son team of Simon Way and George Way followed Jez in. Simon claiming 8th and George getting the 19th token. 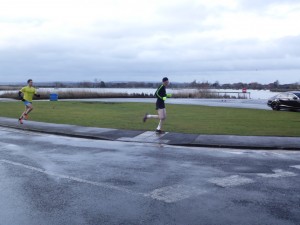 Paul hill seems to have a taste for the 1st token at Bournemouth parkrun. Claiming it for the 2nd week in a row. Can he make it 3 weeks this weekend? The world waits with baited breath…. Jud Kirk claimed a top 10 finish with 8th. Billy McGreevy jogged round to get ready for Blackvale Moor Half the following day. And  youngster Josephine Baldry and Will Price followed in afterwards. 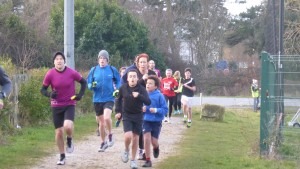