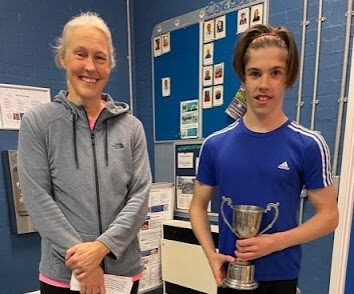 Bournemouth AC recognised athletes and club volunteers with a small awards ceremony to present trophies to those who had achieved the most outstanding performances during the 2021 season or made a significant contribution to the club.  Normally this takes place at the annual club Presentation Evening which was not held in 2020 or 2021 due to Covid.

Janet Dickinson, the BAC Club President, made the presentations on Thursday 27th January following the club night training.  Six trophies were presented to the following…

The Dawn Johnson Trophy for the best track performance by a BAC athlete in the Autumn Open was presented to Will Launder, U13 at the time, for his Grade 1 performances of 12.8s 100m (ranking him 1st in the South West of England and 20th overall in the UK) and for his 200m time of 26.4s.  Will also Long Jumped 5.49m ranking him 1st in UK for his age in 2021, just 1cm shy of the U13 Boys Club Record. 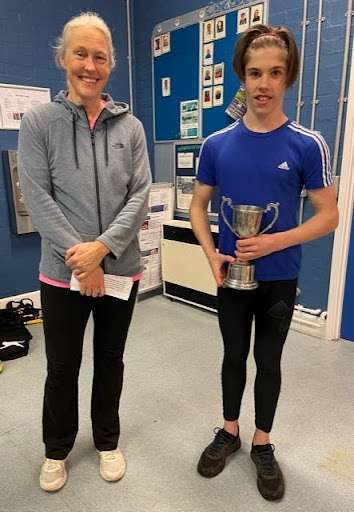 The Mick Willis Trophy for best High Jump of the Season was presented to Jaz Cooke who jumped a PB of 1.72m last year as an U20 Women. 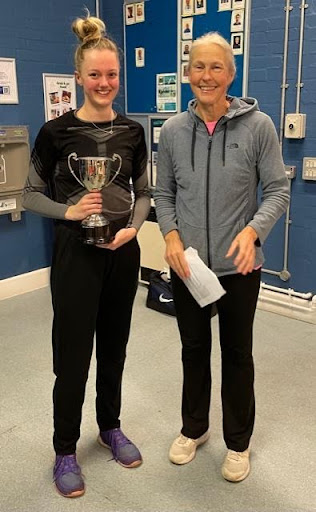 The Mayor’s Marathon Trophy was awarded to Rob Spencer who was 30th in London Marathon in 2021 clocking a time of 2:25:56 making him the fastest man in the South West of England. 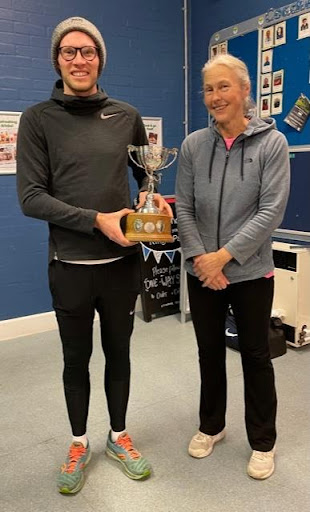 The Cooper Dean Trophy for an outstanding Junior Athlete was awarded to Ollie James.  He represented Wales at the Manchester International during 2021 in the 3000m Steeplechase, in his first year of embarking on that event.  Ollie, an U20 Man, also became Welsh Junior Champion for 2000m Steeplechase that year. 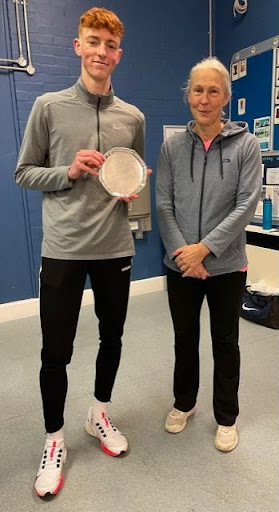 The Portman Eagle for the most outstanding Athlete of the season was awarded to  Amelia Verney.  She was a 100m semi-finalist at the British Championships in Manchester in the summer of 2021 and also won a gold medal in the U20 200m at the English Schools Championships in Manchester in July.  Amelia also achieved her England vest at Manchester International where she also contributed to a Gold medal 4x100m Relay performance. 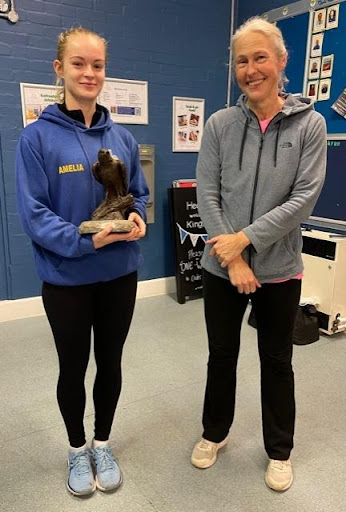 The President’s Trophy was awarded to Tim Hughes in recognition of his contribution to the club.  Tim is a long-standing member of BAC, as an athlete, coach, team manager and committee member. He has made an exceptional commitment to team management taking the British Athletics League men’s team through a number of promotions from a time when the team was experiencing many challenges through to being a top 16 club in the UK. He then played his part in successfully integrating the new mixed-team National Athletics League starting in 2021.

Tim undertakes much work behind the scenes related to the NAL but also as the club deputy chairperson. With the track re-development this has required much liaison with the council.  Tim is also still training and is planning to compete as a master in coming years. 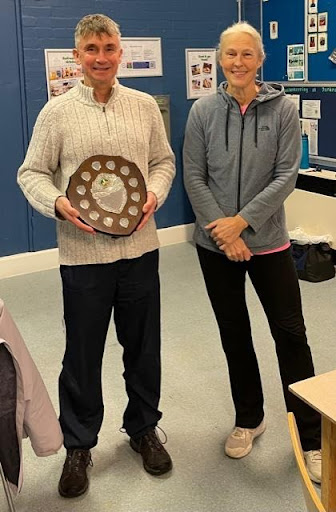