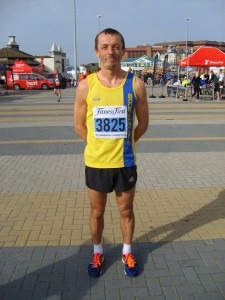 At the Bournemouth Parkrun, on Saturday 29 March, Duncan Wells was 3rd overall with, as mentioned, Nikki finishing third lady.  Also competing at Kings Park were Jud Kirk, Paula Kirk and Steve Cox.  Particular congratulations to Steve, as this was his 100th Parkrun, thus qualifying him for the special ‘100 Parkruns’ Jacket – a close-run affair as presentation of these jackets is discontinued as from 1 April!  Paula and Jud are also members of the ‘100 Parkruns’ club.  Meanwhile, in Poole Park, Simon Way, the sole BAC competitor in the Poole Parkrun, was 2nd of a total of 461, 183 having finished at Bournemouth.

The next day was a good one for BAC with winners in both the Mens’ and Ladies’ race in the Bournemouth Bay Half Marathon, as mentioned, Jacek winning the race overall and Emma the first lady by a considerable margin – nine minutes before the 2nd lady.  There were three BAC athletes in the top 10, and five in the top 15 as the results set out below show.  30 minutes before the Half Marathon the Bay 10k set off, and, at the end, as already noted, Gemma was third lady, and 2nd overall was Karl Welch.  On the same day Simon Hearn was flying the BAC flag in Kent completing the Paddock Wood Half Marathon in 1.33.20, 273rd of a total of 2073.

Apologies if anyone has been missed – it would be appreciated if any omissions could be notified to Ian Graham. 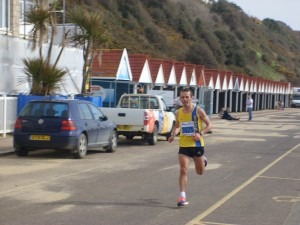 Jacek Cieluszecki about to win the Half Marathon 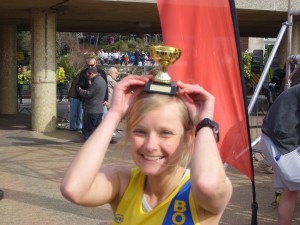 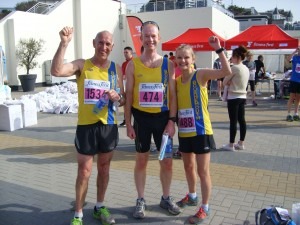 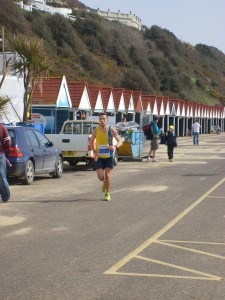 Peter Thompson finishes the Half Marathon 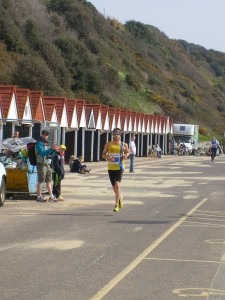 Manol Dimitrov finishes the Half Marathon 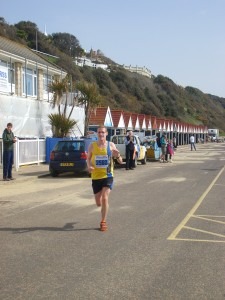 Billy McGreevy finishes the Half Marathon