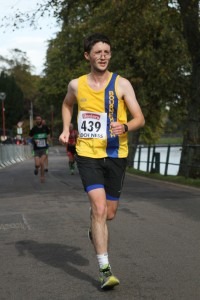 There are many remarkable performances to report from the weekend 4/5 October and earlier, including, in the Bournemouth Marathon Festival, a PB and a win by Jacek Cieluszecki (Half Marathon), a win and a 2nd place by Rob McTaggart (10k and 5k respectively) and a 12th place by Jez Bragg in the Marathon itself, in which Paul Hill ran 3.02.51 in his very first attempt over the distance.  In the 5k there were some very impressive performances by our youngsters.  In other events, Tom Paskins also achieved a PB in the Loch Ness Marathon and Graeme Miller and Paul Hill (the day before his debut marathon!) were first and second in the Bournemouth Parkrun.

But few would argue that the most outstanding achievement of the weekend was Jon Sharkey‘s participation in the Atlantic Coast Challenge, a three day gruelling event (in which Andy Gillespie also competed), from Padstow to Lands End, a distance of 78.6 miles – in other words three marathons!  The race is broken into three stages, the first (3 October) from Padstow to Perranporth, the second on to St Ives, and the final day to Lands End.  Jon was the winner on days 1 and 2, in times of 3.58.43 and 3.52.53 respectively (this is not a road race!) and was second on day 3 in 5.02.37.  The winner on day 3 was Duncan Oakes (of Mud Crew Ultra Team!), who was a mere five minutes ahead of Jon, and as Duncan, although second, was almost 12 minutes behind Jon on day 1, and finished 6th on day 2, the undisputed winner of the entire event was our very own Jon Sharkey – how proud we are!  This takes nothing away from Andy‘s performance; of 150 or so finishers (and no doubt there were many DNFs) Andy was 65th on days 1 and 2, and 74th on day 3.  Most of us wouldn’t even contemplate a challenge of this magnitude, so to win is quite outstanding, but just completing doesn’t come far behind! 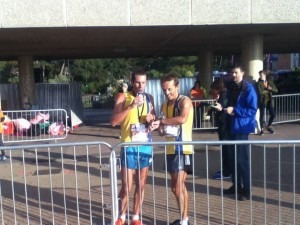 Returning to the Bournemouth Marathon Festival, this was again a huge success, blessed as it was by good weather.  The race of the weekend was undoubtedly the Half Marathon, and a race it was between Jacek Cieluszecki and Steve Way, with, as already noted, Jacek winning in 69.29, with Steve a very close second in 69.43.  Jacek and Steve train regularly together, with Jacek pushing Steve, and Steve helping Jacek by providing him with the ‘competition’ in training which has led to his continual improvement.  Steve was leading the Half Marathon until Bournemouth Pier, with 200/300 metres to go, where Jacek, who had been gradually creeping up on Steve, caught up with him, and in the final sprint, just had the edge, incidentally costing Steve £100 in prize money!  Steve, however, as one would expect of him, was entirely magnanimous in defeat by his ‘protégé ‘ (if defeat this was), even telling the thousands waiting to start the Marathon in Kings Park, which Steve started, that he’d been beaten in the Half by his club-mate, Jacek!  Of 2774 competitors who finished the Half Marathon, Caroline Rowley was 260th in 1.37.44.  In the Marathon itself, Jez Bragg ran impressively (particularly considering Jez hasn’t been training specifically for this) to finish 12th (of 1968 finishers) in 2.51.13, over what cannot be described as a PB course.  Paul Hill, in his debut marathon, was 42nd in 3.02.51, also an impressive run  without specific training, and following a period off running through injury.  Richard Nelson was BAC’s third Marathon runner and, in what must be Richard‘s Nth marathon of the year, was 70th in 3.11.35.  Rob McTaggart was the first of 1322 in the 10k on Saturday 4 October in 34.07 (other BAC results in the 10k – 12. Damian Boyle 38.21; 15. Ross Smith 38.51; 26. Chris O’Brien 40.16; 32. George Way 41.03; 38. Simon Hearn 41.24; 105. Cherry Sheffrin 44.52).  A short while later, Rob, whose BAC vest must have been in the wash, was second in the 5k in 16.31, in which Karl Welch was third in 17.06.  Also running in the 5k were a number of our youngsters, led by Lewis Sainval, an astonishing 7th in his first ever 5k, Jeremy Clay, 10th in 18.24,  Bridget Dence (who was the first lady overall), 18th in 18.49, an ever improving Sebastian Hearn, 19th in a PB time of 19.40, and Tom Farwell (just 11 years of age), 51st (of a total number of finishers of 833) in 21.08.  (Apologies if anyone has been missed from the results of the Bournemouth Marathon Festival) 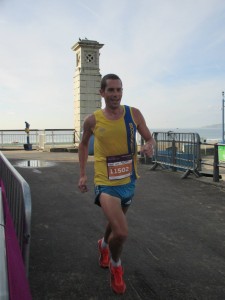 Steve Way leads the Half Marathon – for the moment! 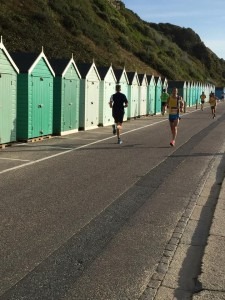 See below for more photographs of the Marathon Festival

A week or so previously, Tom Paskins and Andy Jennings were displaying the BAC vest in other parts of the nation.  Tom returned to his home country to run an impressive PB of 3.05.58 in the Loch Ness Marathon, which Tom describes as a “beautiful but challenging course with an absolute monster of a hill at the 19 mile mark”.  Presumably no other monsters were seen.  Tom was 58th of a total of 2478.  Meanwhile Andy ran the Windsor Half, which Andy described as “hot and hilly”, in 1.32.22, finishing 72nd of 4096, on a course which Andy recommends, “but the afternoon start is a bit challenging”!

Returning to Bournemouth, in the Parkrun in Kings Park on 4 October, Graeme Miller was the winner, in a PB for this course, and second was Paul Hill, who, as noted, ran the Bournemouth Marathon the next day!  Also running were Jud Kirk, Joe Price, Peter Thompson and Billy McGreevy (running together and some way down the field – clearly resting after their Berlin Marathon PBs), Will Price and Janet Dickinson. 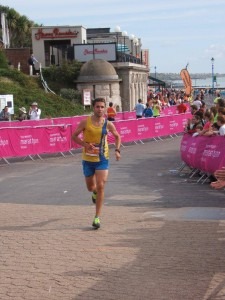 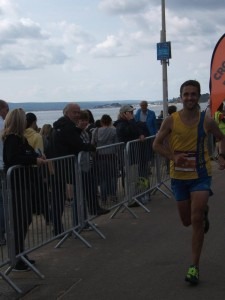 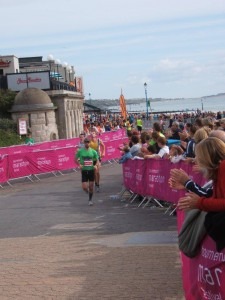 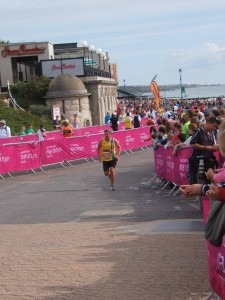 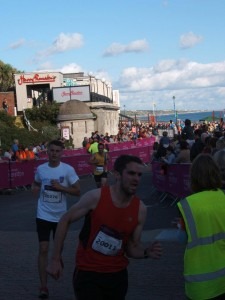 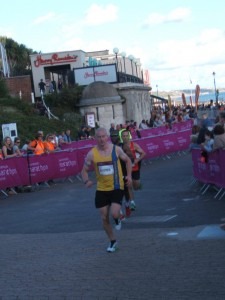 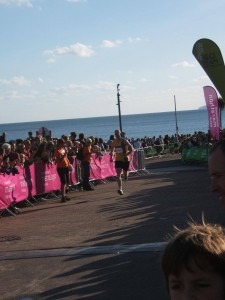 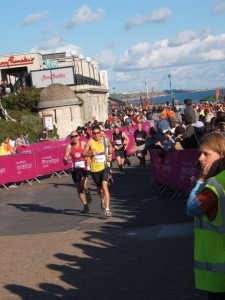 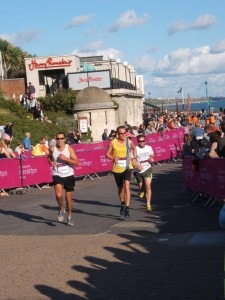