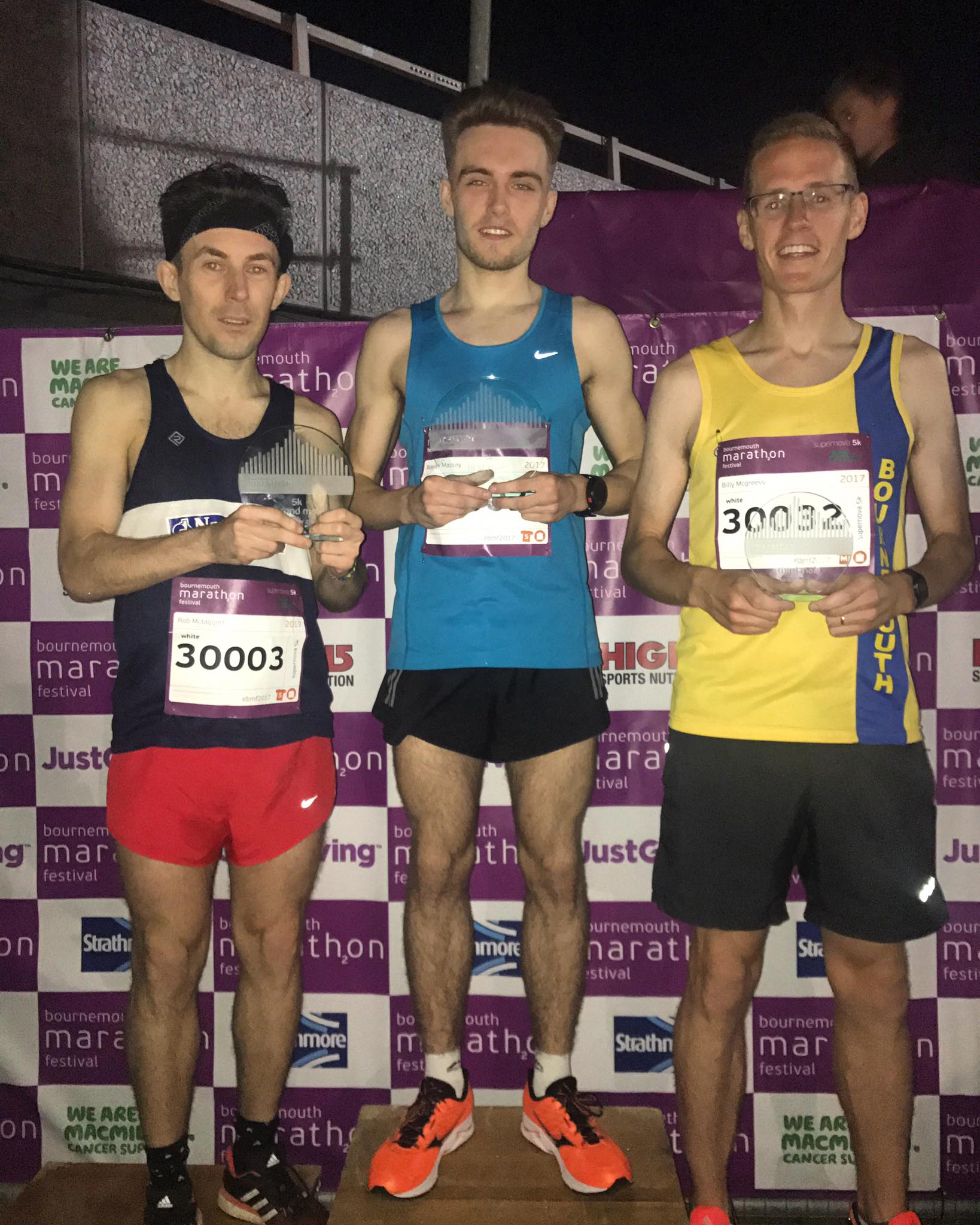 The Supernova 5k race at the Bournemouth Marathon Festival took place on Saturday 7th October at 7pm and as the dusk fell on the evening, the seafront was lit up by runners sporting various types of lights, glow-sticks and luminous outfits. It was truly a sight to behold.

A massive 1,653 competitors lined up along the promenade for the race and in amongst them were Bournemouth AC members Rob McTaggart and Billy McGreevy. 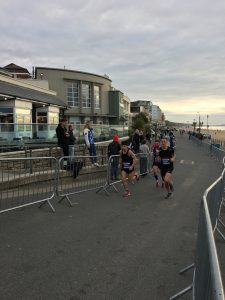 Tag has had quite an illustrious history with the Bournemouth Marathon Festival having won both the 5k and 10k races in previous years. Last year he was the first Brit in the Marathon. He’s also had a couple of 2nd places to his name in the 5k.

He hadn’t quite had his usual volume of training in the lead up to weekend this time round having done minimal running since the end of the track season. Despite that though, he knew he’d still be in the with a shot of being up there with the front runners if he performs well.

Billy has been running really well lately, putting in very strong performances in the Poole Festival of Running 5k and 10k earlier in the year and managing an excellent sub 3 hour marathon at the New Forest last month. 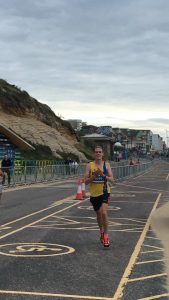 Billy continued his great form in the BMF Supernova 5k

The stage was set for a great contest between the two of them and any potential others who would be good enough to stay with them. As it panned out, it was Bayley Massey of Cambridge Harriers who stole the show, winning  the race in a time of 16:17.

Sure enough, the battle for 2nd place was between Billy and Tag. Billy had another incredibly strong run and had caught up with Tag in the latter stages on the race. In the end, Tag was forced to put in a big sprint finish to stay ahead, crossing the line just 4 seconds before Billy.

To finish so close to Tag and push him so hard really highlights the progress Billy has been making of late. His time of 16:32 was a fantastic new PB and a very proud moment.

After taking up their places on the podium, both Tag and Billy had to then regroup and begin to focus on the second phase of their BMF dual, the Half Marathon, that they were set to compete in the next day. 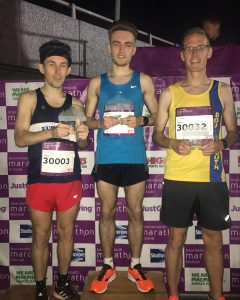