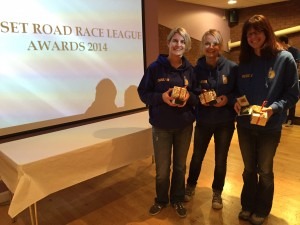 2015 could hardly have got off to a better start with BAC Mens‘ and Ladies’ Team wins at the Broadstone Quarter Marathon on New Year’s Day, the first Dorset Road Race League fixture of the year. The race, organised by Poole Runners (with a record entry in its 30th year), was run in near-perfect conditions, finished with Jon Sharkey in 2nd position, followed by Simon Munro, 5th, and Jez Bragg, 6th, to complete the Open competition winning team, with Graeme Miller and Paul Hill (who arrived at the start with muddy legs having competed in the Bournemouth Parkrun earlier in the day!) completing the winning Mens’ DRRL team.  BAC‘s Ladies‘ team, consisting of Nikki Sandell, Gemma Bragg and Caroline Rowley, was victorious in both the Open and DRRL ladies’ races.  Both Nikki and Gemma were amongst a group of the first six ladies, all of whom finished within 90 seconds.  The awards took place in the Junction Leisure Centre, and it was a pleasure to see so many team and individual prizes going to BAC athletes, not only for the race itself, but also for the 2014 DRRL, the presentations of which followed the race awards (see report 29 November 2014 – Wimborne 10, etc. – for details).  The DRRL was managed during 2014, and for some previous years, by Sam Munro, assisted by her husband Simon, and the excellent job done by Sam and Simon was illustrated by the very slick and professional awards presentation.  Unfortunately, due to re-location of Simon‘s work, Sam is no longer able to continue with the DRRL, and we will certainly miss them both, though, happily, Wimborne AC‘s Gerry Shield has agreed to take over. 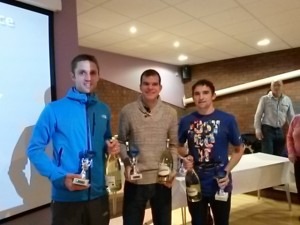 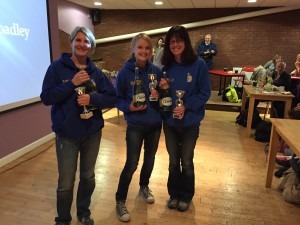 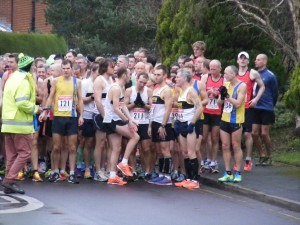 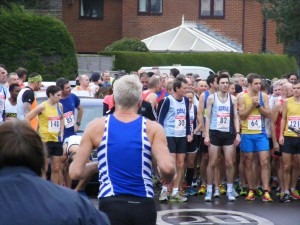 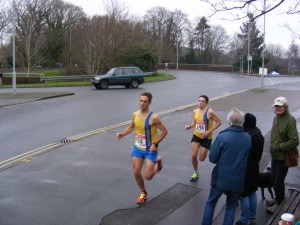 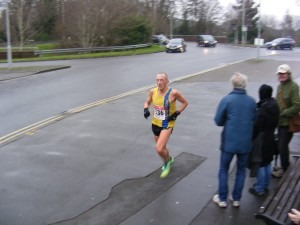 Graeme Miller on his way to 7th position at Broadstone 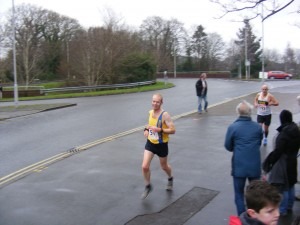 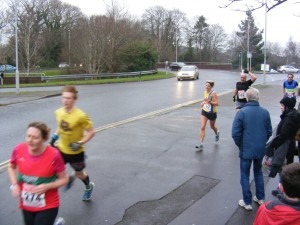 As already noted, Paul Hill ran in the Bournemouth Parkrun earlier on New Year’s Day, finishing third, and, of the 179 finishers, was joined by Jud Kirk, Joe Price and Louise Price (no relation!).  Paul was again third (what’s gone wrong?!) at Bournemouth on Saturday 3 January.  Jud Kirk also ran on 3 January, but what is the explanation for his lowly finishing position (104th – Jud is normally well within the top 20)?  Hopefully it is nothing to worry about.  Again 179 finished the run.  At the Poole Parkrun on 3 January, the only BAC representative of the 527 finishers was Tim Hughes, no doubt limbering up for the forthcoming track & field season! 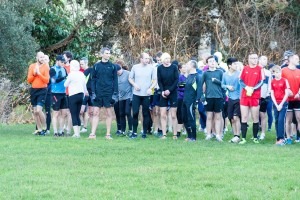 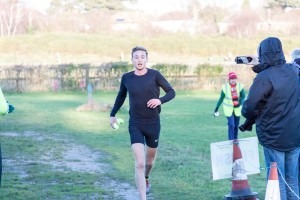 Several BAC athletes competed in the Somerley 10k on Sunday 4 January.  No results are as yet available, but a superb photo on the Bournemouth Echo website www.bournemouthecho.co.uk reveals that, at least, Heidi Tregenza, Caroline Rowley, Jud Kirk, Paul Hill, Simon and Sebastian Hearn and Joe Price took part, all proudly wearing BAC vests.  Rumour has it that Heidi won the race, if confirmed, an excellent achievement, and if the results do become available this report will be updated.  NB RESULTS NOW IN – showing that Heidi was 1st lady, rather than 1st overall, but still a fantastic run, considering Heidi was 17th overall, out of an astonishing 592 finishers, and that Paul Hill had another great run.   BAC results are as follows (with apologies if anyone has been missed – the results don’t specify clubs):  5. Paul Hill 36.40;  17. Heidi Tregenza 39.49;  30. Jud Kirk 41.00; 36. Simon Hearn 41.24;  73. Sebastian Hearn 44.35;  76. Caroline Rowley 44.49;  90. Joe Price 45.22.