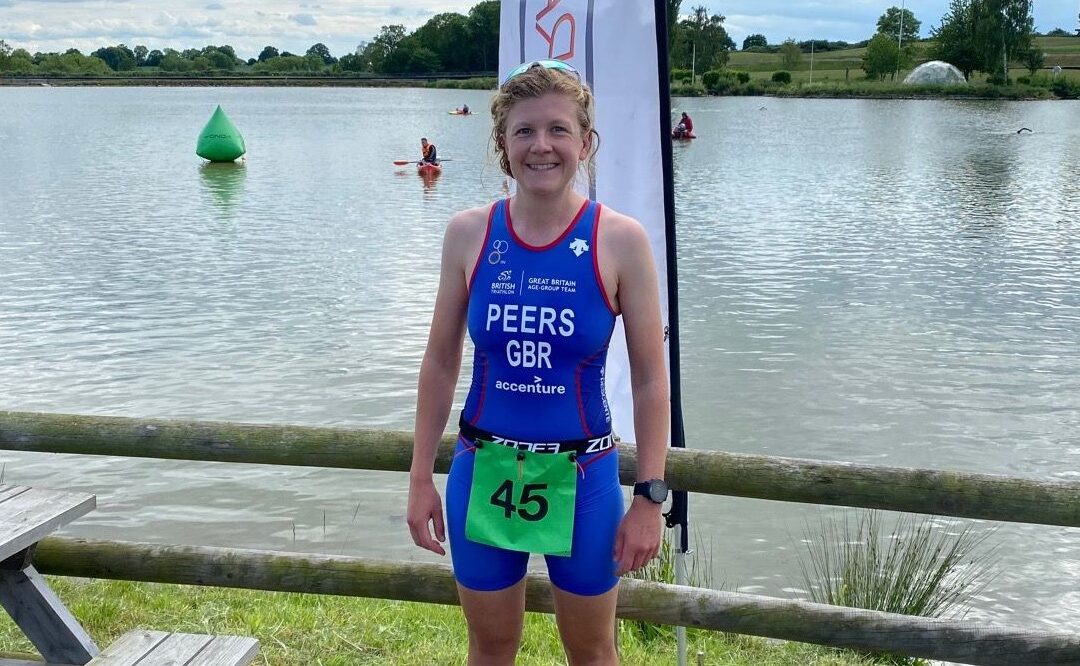 It’s not every day we get to witness a Bournemouth AC member representing their nation on the world stage. It takes a huge amount of talent and dedication to reach that level and only a small minority will ever manage it.

When you’re talking about those sorts of names, it gives an inclination of the kind of athlete you have to be to achieve that honour. Bournemouth AC ladies’ team captain Caitlin Peers joined that esteemed list though when she travelled to Montreal for World Triathlon Sprint & Relay Championships.

She had qualified to represent Great Britain in the 25-29 Female Age Group Sprint Triathlon, along with the Mixed 20-29 Age Group Relay. It was a really exciting event for Caitlin to be part of and she was very much looking forward to pitting her wits against other top quality athletes from around the world. 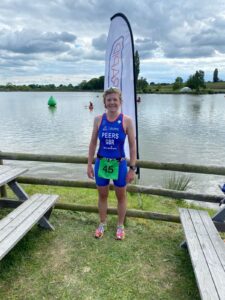 A month before the Championships took place, Caitlin had competed in the British Triathlon Age-Group Celebration Cup in an event that was exclusively for GB Age Group qualified athletes. She finished as 9th placed lady there and was 2nd in her Age Group before participating in the mixed relay at the event which was staged at Mallory Park Race Circuit in the East Midlands.

That was a good warm up for the World Championships and honed her running speed with a couple of sub-19 minute parkruns in the weeks to follow before a controlled run out at the Round the Lakes 10k where she finished as 6th placed female. Thus she was feeling in pretty good shape for the challenge ahead. 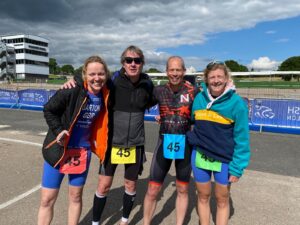 When the day of reckoning arrived and she was due to compete in her Age Group race, the conditions were super hot. Luckily she had the 750m swim to start off with which may have cooled her down a bit.

Completing the swim in 12 minutes 37 seconds, Caitlin was 19th place out of 36 when she emerged from the water. She was the quickest out of any of the athletes in her transition though and was on her bike in 2 minutes 24 seconds.

The bike ride was 19.2km and Caitlin whizzed through that in 33 minutes and 2 seconds which was 6th fastest in the race. That helped move her up the rankings a bit. But there was still work to be done and she was going to need to follow it up with a good run as well.

She was 5th quickest in her next transition before heading out for her 5km run. It was a very flat route and Caitlin made the most of it, turning on the speed to get through it in 20:29 which was 8th quickest in the race. She’d actually paced it really well, with a 6:49 first mile before cranking it up a notch to 6:34 for the second mile and then finishing strongly with a 6:28 for the third mile.

That was good enough to see her finish in 6th position overall in a time of 1 hour 11 minutes and 36 seconds. It was a truly remarkable result and she was the top Brit for her age group as well. It was a very proud moment for Caitlin and she was chuffed with the outcome. 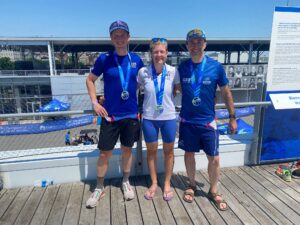 As well as the Age Group races there were also Elite races as well which featured some of the best triathletes in the world. That meant the likes of Alex Yee, Georgia Taylor-Brown and Beth Potter were in action.

Rather than putting their elite runners into the elite races though, Mexico seemed to somehow sneak them into the Age Group races instead, which was a clever tactic as, on this occasion at least, one of their athletes got the win. It was perhaps a bit unfair on Caitlin and the other competitors in the race as it made it less of a level playing field.

Nevertheless, it was still a fantastic performance from Caitlin and she had done well to shine amongst such a competitive field. Out of the other Brits in the race, Rebecca Leadbeater pencilled her name on the leaderboard in 10th place with a time of 1:12:59. Rebecca Hutchinson was 34th in 1:27:31. 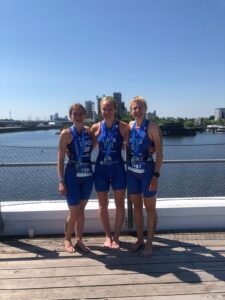 The next day Caitlin was back in the famous blue GB tri-suit again for the Mixed 20-29 Age Group Relay. She helped her team on to a 5th place finish, in a total combined time of 1 hour 39 minutes and 14 seconds. 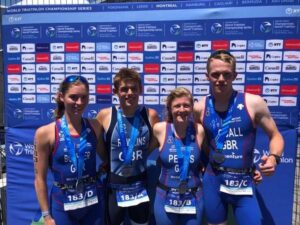 It was another momentous day for Caitlin and to finish 5th in the world was a fantastic achievement for her and her teammates. The rounded off a terrific weekend for Caitlin and one that she will look back on very fondly as time goes on. 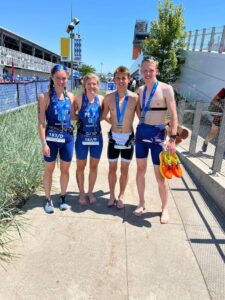 Caitlin and her team managed the sweltering conditions very well

Caitlin even got to meet some the Brits who were competing in the Elite races, including Alex Yee, who won the Elite Men’s race. In the Elite Women’s race, Georgina Taylor-Brown gave GB another glorious victory, with Cassandre Beaugrand just missing out and settling for 2nd place. British woman Beth Potter finished 3rd.

It was great to see Caitlin doing so well on the world stage and she certainly didn’t look out of place competing with some of the very best amateur athletes out there from all over the world. That speaks volumes about her skills in the various disciplines and showed that she can most certainly mix it with the big guns. 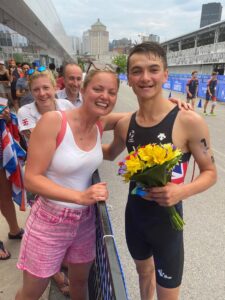