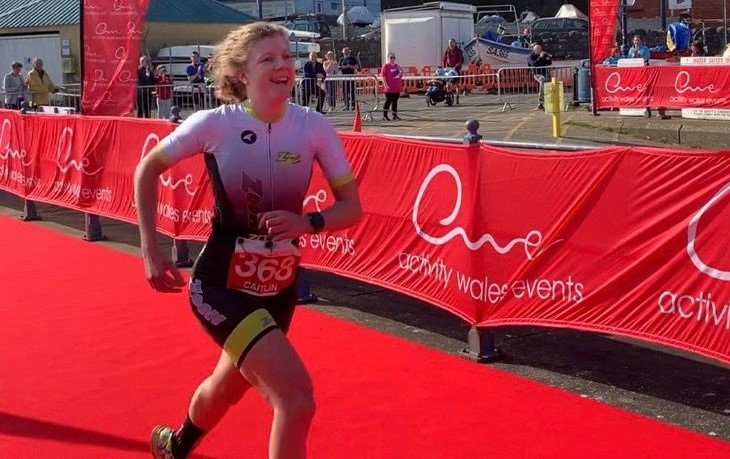 By the way she attacks the Bournemouth AC training sessions it’s clear to see that Caitlin Peers is not afraid to put in the hard yards in pursuit of glory. And it isn’t just running that she specialises in either. She’s also a member of a triathlon club and puts a lot of her energies into cycling as well. That made the Mumbles Duathlon the perfect event for her to showcase her talents in a competitive race.

Shortly after joining BAC, Caitlin caught the eye when she was first female at the Boscombe 10k towards the backend of last year. Since then she’s assumed the role of ladies’ team captain and has even ran her own training session strictly for women only.

She also performed very well at the National Cross Country Championships in Parliament Hill, finishing 117th out of over a thousand senior women. Considering she was up against the top echelon of runners in the country, that was a fantastic result for her.

The Mumbles Duathlon takes place in Swansea Bay area, with the Sprint Distance race consisting of a 5k out-and-back run along the coast line, followed by a 32 kilometre bike ride, then another 5k run to finish with.

Usually sprint duathlons have a slightly shorter run for the second so this event was a little tougher than most. The bike was quite hilly as well, with 1,200ft of elevation to contend with as well as a stifling headwind. 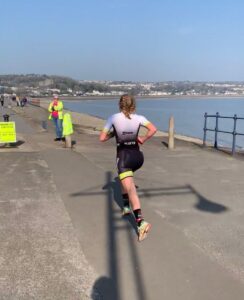 The form that Caitlin’s in at the moment though, the tougher the course, the better it would be for her in a way as it would provide a greater opportunity for her to make her supremacy tell. And that was exactly what she did.

Completing the first run in a lightening quick time of 19 minutes 7 seconds, she then moved onto the bike ride, completing that in 1 hour 3 minutes and 54 seconds. That left just the second run to do. 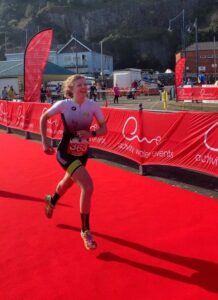 Nailing her second run in 20 minutes 47 seconds, it was a fantastic victory for Caitlin as she cruised over the line as first female. With a total gun time of 1 hour 45 minutes and 46 seconds it was a very impressive display from Caitlin and she had every reason to be pleased with her efforts.

In the overall standings she finished 36th out of 239, which was excellent considering only 37 of them were women. The win demonstrated that with the ability she had, combined with her work ethic, she is well capable of contending for major honours in both running events and multisport races. And as a ladies’ team captain, she certainly leads by example. 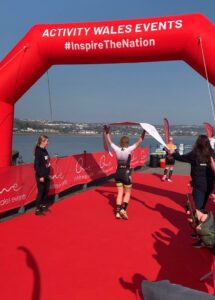 Caitlin crosses the line to pick up a tremendous victory