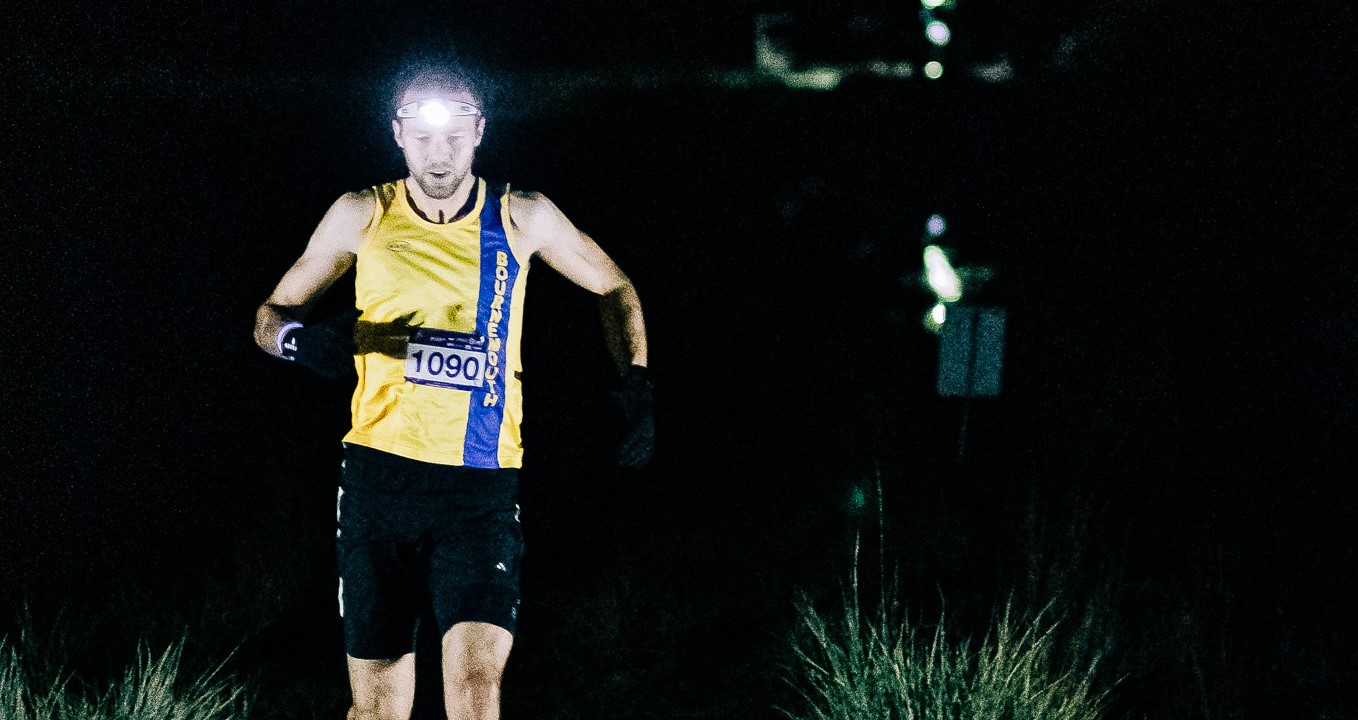 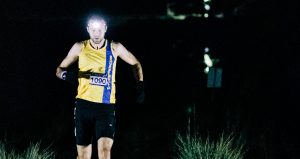 Usually staged on tricky off-road routes, runners at most of the Maverick Series races do at least have the benefit of being able to see what’s in front of them. However, that was not the case so much at the Maverick USE Exposure Dark Series Dorset.

The Maverick USE Exposure Dark Series Dorset is held along the Sika Trail in Wareham Forest. With a 5pm start, at this time of year, that means negotiating the trails in the pitch black, with only the use of a head torch to light the way and glow sticks to mark the route.

As with all Maverick Series events, there were three different distances. A Short which was a 5km, a Medium at 10km and a Long with was 16km. 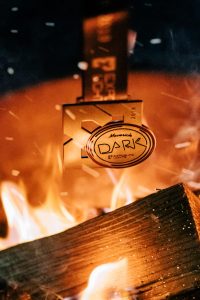 The Bournemouth AC pair of Chris Phelan-Heath and Stu Glenister both opted for the Short distance. All three races start off together before the routes are split at around the 1 mile point. That makes it difficult to know who you’re racing against at first.

It was extremely wet and muddy under foot which made the pace a tad slower than it otherwise would have been but it certainly added to the intrigue. 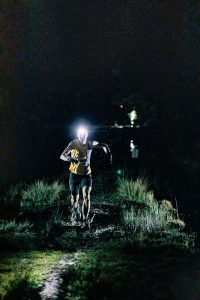 Chris negotiated the Sika Trail with pace and precision

There is something rather alluring about running through the woods in the dark. It tends to heighten your senses as your immerse yourself in the surroundings.

It turned out to be a slightly hillier route than Chris was execpting but it was nothing compared to the Maverick Dorset day race. He was pleased make it round without getting lost this time, unlike in the previous Maverick race he did.

In fact, Chris ran extremely well, hitting sub-6-minute-mile pace for the first couple of miles and taking a commanding lead. The hills came into play a bit more after that but Chris stayed strong and made it to the line in a super quick time of 20:15. That gave him a resounding victory in the Short distance race. 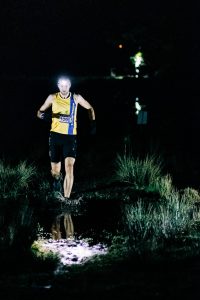 Chris darts across the water, determined to let nothing stand in his way as he romps to victory

It was actually a bit further than 5k as well, with the total distance coming up as 3.3 miles. With an average pace of 6:06 minutes per mile, it was a fantastic performance from Chris, especially considering it was in the dark.

The next man to arrive at the finish area was Chris’s BAC teammate Stu Glenister, who had also had an excellent run. He crossed the line in a time of 21:43. 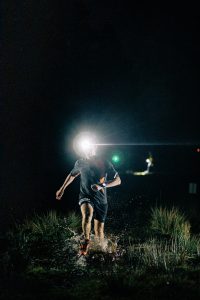 Stu is in a good place with his running at the moment and he was very happy with how the race went from his perspective. No one else came in under 23 minutes so it was a terrific result for the Bournemouth AC pair.

The Middle distance race was won by Edward Bird in 38:07 with Jack Galloway coming out on top in the Long distance race, completing the 10-mile route in 59:42.

Describing it as a great race with an incredible atmosphere, Chris said he’s pleased that he’s starting to get a few decent runs under his belt. 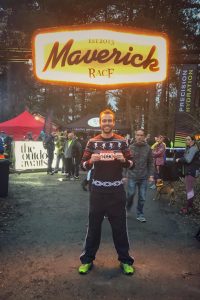