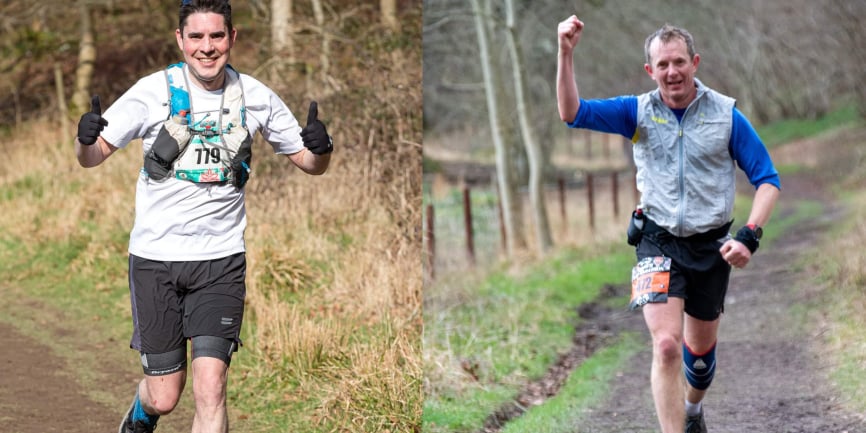 Many runners in Chris O’Brien and Stu Glenister’s shoes would have shied away from the challenge posed by White Star Running‘s Spring Larmer event. The courses are brutal, with steep inclines and death defying descents that make for tough, turbulent trail runs. And it wasn’t as if Chris and Stu were actually feeling in peak condition going into it either!

Still suffering from Long COVID, Chris usually finds that he struggles on any kind of incline of off-road surface as his oxygen exchange just can’t keep up with the rest of his body. He entered the Larmer 20 Mile race as a way of practicing the things that challenge him most, which is a brave and admirable approach to the situation.

As for Stu, he’s been in a bit of a hole of late, with back and knee problems rendering him hardly even able to train. Since he’d previously entered the Half Marathon race though, he decided to just turn up and get through it anyway. 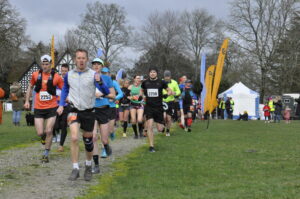 Stu Glenister was featuring in the Spring Larmer Half Marathon

Last year Stu gave us one of the stories of the autumn when he completed the Ultra Tour of Arran, a race where he had to cover 60 miles over two days on the steep slopes of the Scottish mountains.

Featuring close to 10,000ft of elevation of the course of the two days, it was an insanely tough challenge for Stu to undertake but he did it – and he did it well – finishing 16th out of over 160 runners.

As part of his training for that event he ran the Summer Larmer Marathon as well before then taking part in the 8 Mile race at the very same event the next day. That served as great training for what he had in store at the Ultra Tour of Arran. 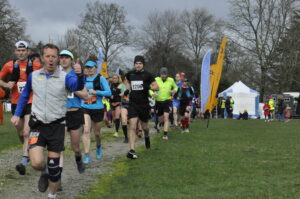 Stu sets out with a very tough, hilly route awaiting him

Chris closed the year off with a few decent races last year, securing an excellent time of 1:28:47 in the Run Bournemouth Half Marathon before going on to take part in the Boscombe 10K and the Christmas 10K where he registered times of 41:35 and 41:52 respectively. He hadn’t done anything as long as the Larmer 20 for quite some time though. 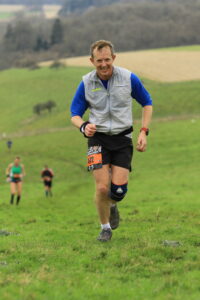 Stu works his way up one of the many steep slopes

Stu didn’t really feel like he had much spring in his step in the Larmer Half Marathon but he still managed a top ten place, getting round in a time of 1:54:16. That was out of a field of 257 runners. 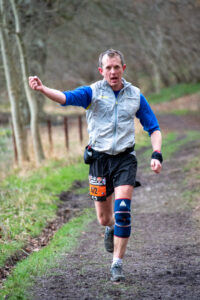 Stu was determined to get through it despite his injury concerns 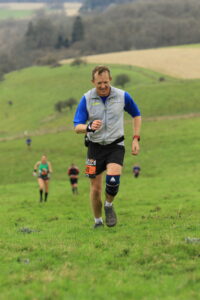 Certainly paying the price for his exploits the next day though, the agony has become a lot more familiar to Stu lately than the ecstasy of competing. It’s very frustrating for Stu as he misses his running friends and after all, it’s the joy of competing that is what all the training is for. 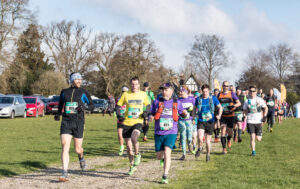 In the 20 Mile race the following day, Chris found himself in the top seven in the early going which gave him the motivation to push as hard as possible to keep that place. Thus his plan of an easier endurance run went out the window. 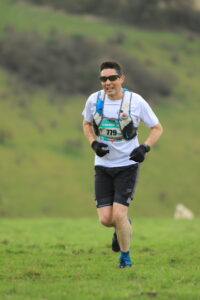 Although he struggles on an uphill trajectory now, Chris is still able to run hard on the downhill sections, so he was able to claw back a bit of time there. Much of the second half of the race was a real slog for Chris though and he found the big, steep hills hard to even walk up at times. 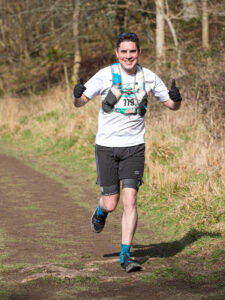 Exhibiting tremendous grit and determination though, Chris made it to the finish line and he had indeed claimed his 7th place, registering a time of 2 hours 50 minutes and 42 seconds. 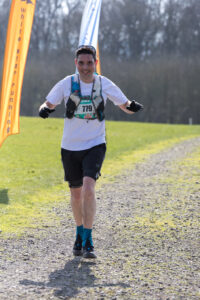 Taking home the spoils for the race win, Richard Ely was first to the finish, getting round in a time of 2:31:33. He was followed by Stephen Mitchell of Epsom & Ewell Harriers who got to the line in 2:33:59. 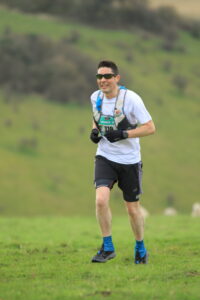 The first female position went to Eleanor Rollett of Dorchester Riot who crossed the line in 3:08:49, putting her in 15th place overall. That was just enough to edge out Karen Mitchell of Dorset Soul Sisters who was next to arrive at the finish in a time of 3:08:55.

Jenny Walker-Leach of Lytchett Manor Striders proved she doesn’t suck at running, taking the 3rd female spot in 3:12:39. That put her in 19th place overall. 142 runners successfully negotiated the incredibly challenging 20 mile route, with the last person rolling in at 5 hours 27 minutes.

It’s a difficult time for Stu at the moment and he feels like it’s always one step forward, six steps back. He will get there though but it’s just taking a monumental effort to put anything together at the moment. 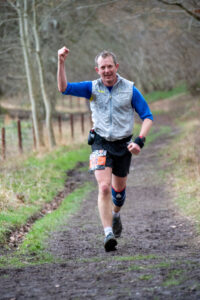 With a 50K race booked in for July, Stu is already beginning to panic. He will need to string together a decent of training before then if he’s going to achieve what he wants in that one. There’s only so far you can wing it of course. There is still time to get in for good shape for it though if he can shake his injury woes off in the near future.

Finishing 2nd in the Male 50 category, Chris was really pleased with his run and the result he got from it. He very much enjoyed the beautiful scenery and said it was a great route for a long run. Brutal to race on though.

It’s frustrating for Chris that his condition is holding him back but he’s determined to keep working through it and he’s remaining positive as it does seem to be gradually improving. 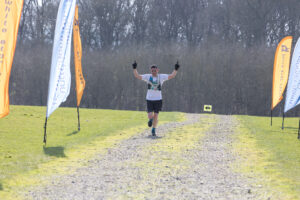 Chris arrives at the finish to complete an outstanding accomplishment