Chris and Yvonne make headway at Maidenhead Half 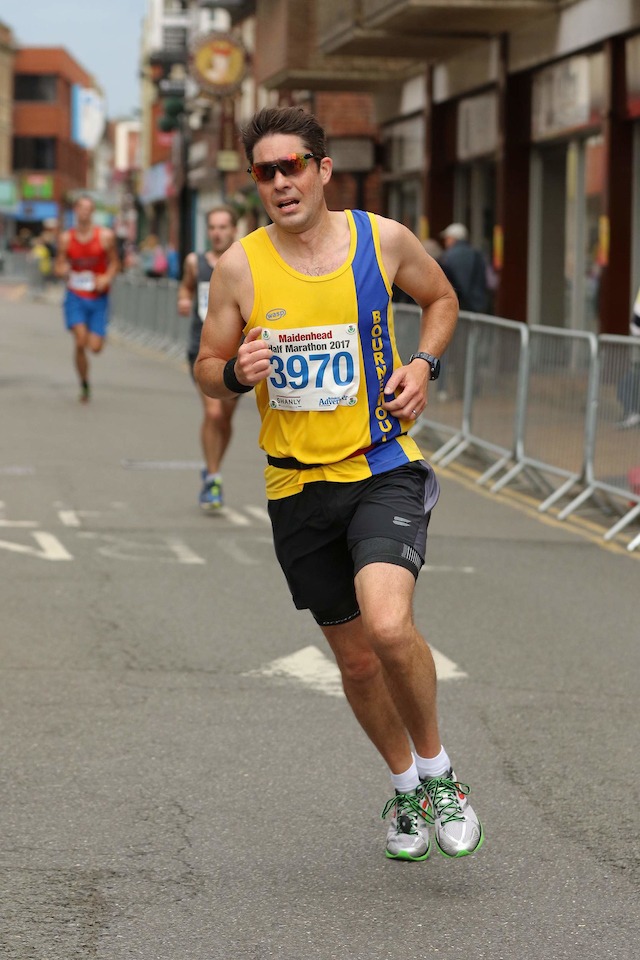 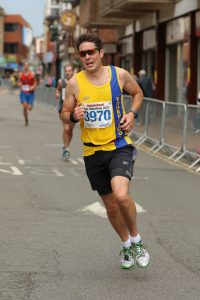 As far as flat and fast half marathons go, Maidenhead is up there with the best of them and is renowned as being good potential PB territory.

Chris O’Brien made there journey up to Berkshire with the goal of getting under 1 hour 25 minutes for the first time. He was also using the race as a benchmark to assess his progress in the run up to the Abingdon Marathon which, on the day of the race was seven weeks away.

The signs look good for Chris, as he felt strong for the vast majority of the race, only really beginning to struggle in the last three miles. That said though, he managed to battle the fatigue and fight back to end with a 100 metre sprint finish when he gained a place before crossing the line in a magnificent time of 1:24:49. 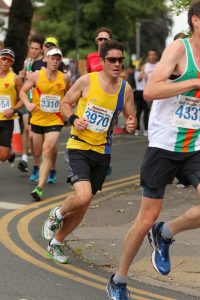 This not only meant that he’d got under his benchmark but he’d also secured a new PB by 21 seconds. Plus he’d gone 24 seconds quicker than his time from this same race last year.

He finished in 92nd place overall out of 1,350 finishers and was 28th in the MV40 category. This all points towards good progress for Chris as he continues with his marathon training regime.

Yvonne Tibble was also in action for BAC as well, taking 4th place in the WV50 category with a time of 1:38:19. Impressively, she was the 50th woman over the line out of 493 and came 335th overall. 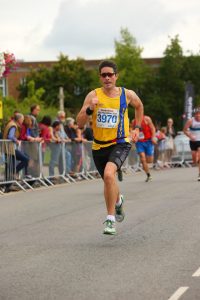 Chis powers toward the finish to record an exceptional new PB time of 1:24:49