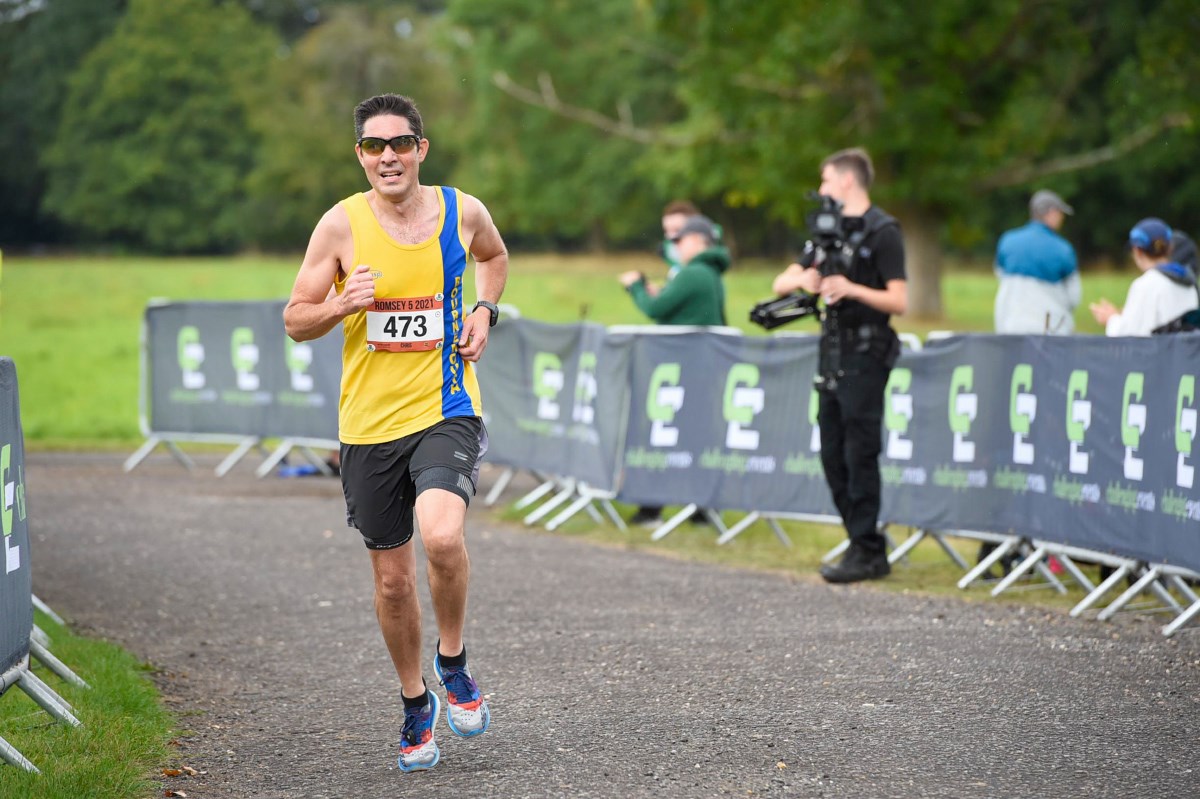 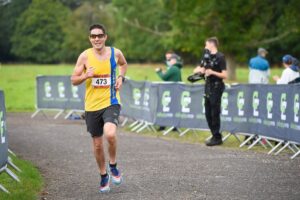 In his first race in the 50+ category, Chris O’Brien was hoping for a strong run at the Romsey 5

Known for being one of the flattest 5 mile races in the country, the Romsey 5 attracted two Bournemouth AC members over to the Broadlands Estate. They were Chris O’Brien and Trev Elkins.

It was Chris’s first non-endurance event for quite some time really and it was his first race as a V50 so it was something of a landmark occasion for him.

His aim was to run it as a sort of tempo paced training run and come away from it feeling good and strong. He was hoping it would give him a good base to build from with a view to racing harder in a couple of events over the last quarter of the year. 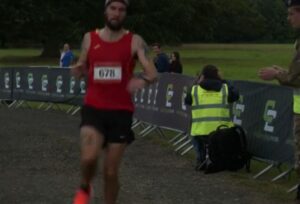 After bailing out in the Southampton Half Marathon, Trev needed to bounce back with confidence boosting run at Romsey

As for Trev, he was hoping to bounce back after a disappointing display at the Southampton Half Marathon when he was feeling very off-colour.

Running at a pace he would normally expect to hold quite comfortably, he was struggling maintain it and his body felt weak. He was sweating a lot and overheating as well and his calves had begun to cramp up.

Feeling like he had no other option, Trev abandoned the race and had to come away from it without even so much as a t-shirt or a medal.

Although he’d been concentrating on his daddy duties of late, with a new-born son to look after, Trev was hoping the Romsey 5 might still provide him with some redemption. 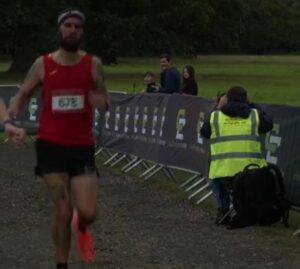 He’d competed in the Romsey 5 three times before so he knew what to expect from the three lap route round the Broadlands Estate. His best time thus far was 30:52

He did have a cold on the day though which was bound to make it tough to find his best form. Despite that though, he still managed to complete every mile of the race except one sub-6-minute pace, which was pretty strong.

In fact, it was enough to see him claim 14th place overall, securing a solid sub-30-minute effort. With a time of 29:52, Trev was fairly pleased with the way he performed and he managed to keep it fairly controlled throughout. 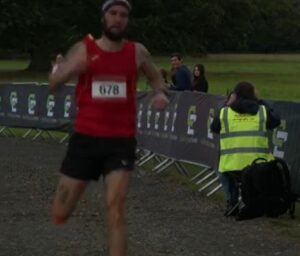 Arriving at the finish line in 14th place, it was a good sub-30 minute time from Trev

Going at between 6:20 and 6:25 pace for the first four miles, Chris was keeping it very consistent. He slowed slightly in the 5th mile but then picked it up again right at the end.

That gave Chris a finishing time of 32:57 which put him in 41st position overall and 9th in the 50-59 category. A total of 538 runners successfully completed the course that day. 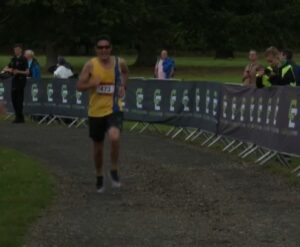 The race win went to Ben Brown of Southampton and it was a resounding victory in the end for him, getting to the line in a super quick time of 24:20.

The next man to come in was his teammate Tom Scully who was nearly 3 minutes back. He clocked a time of 27:14. Then it was Gareth Baker of Windle Valley Runners in 3rd, registering a time of 27:40. 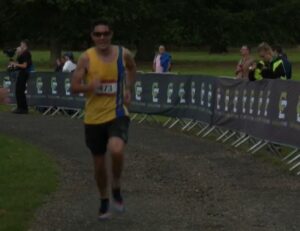 Chris arrives at the finish after a good, solid run and a firm base to build from

The first female to complete the course was Erin Willmers of Winchester & District and she claimed 10th place overall with her time of 29:32.

The next woman to come in was Sarah Kingston of Southampton and she got round in a time of 31:29 to take 24th place overall. 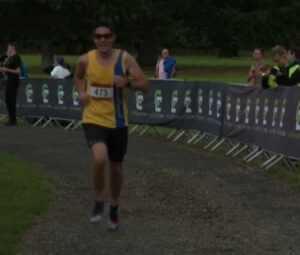 Trev was glad to have seen the race through this time and to have managed it at roughly his threshold sort of pace. He’s now looking forward to the Great South Run which is not far away now.

Pleased to have achieved his goal of feeling good and strong, Chris will now turn his attention to the Run Bournemouth Half Marathon which is on this weekend. He’ll be hoping to work a bit harder there and give himself the chance of recording a decent time in that one.