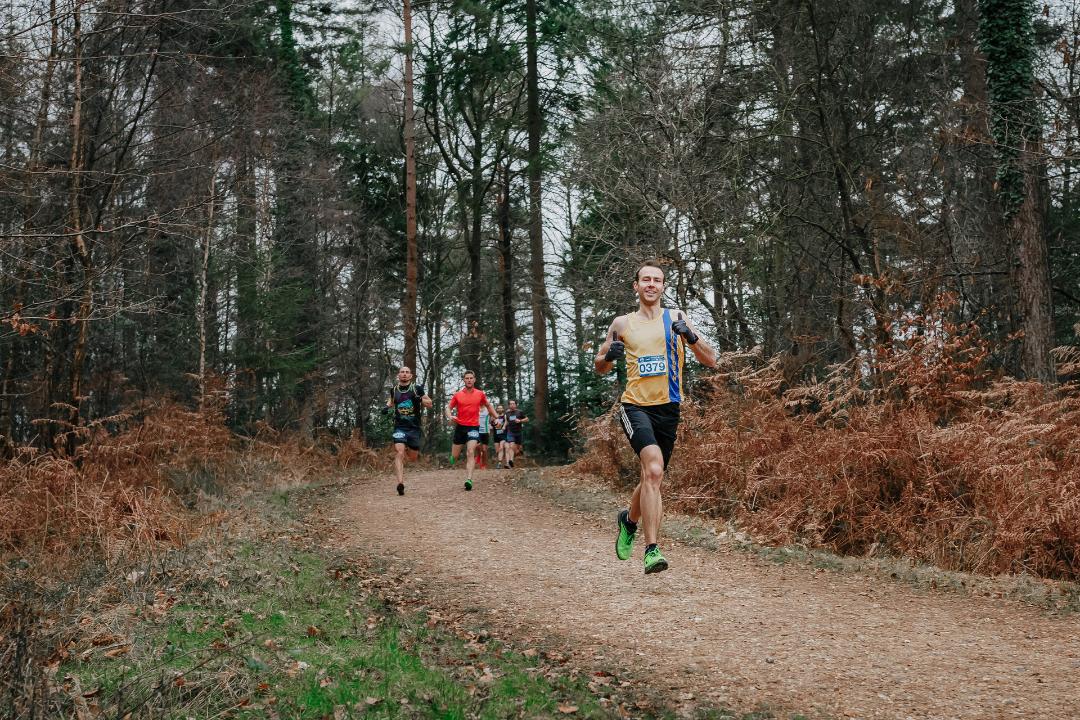 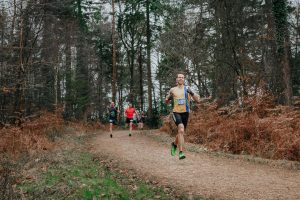 Nestled in the heart of the ancient New Forest National Park woodlands, the brand new Maverick inov-8 Original event followed the usual Maverick protocol of providing runners with a choice of three different distances. The ‘Short‘ distance race was 6km. The ‘Middle‘ distance was 17km and the ‘Long‘ race was 24km.

Each race started off from Holmsley Inclosure, following an enchanting route through numerous other Forestry Commission Inclosures.

Two Bournemouth AC members took part in the event, with Chris Phelan-Heath going in the 6k race and Emma Caplan opting for the 24k distance.

Having represented the club in the Wessex League cross country fixtures since relocating to the area and finishing the season as 3rd senior male, Chris was well adept at handling the off-road trails.

He proved that by recording an emphatic victory in the ‘Short‘ race, crossing the line in a superb time of 23:47. That put him over one-and-a-half minutes ahead of his nearest rival Sam Davis who was 2nd in 25:21.

The win wasn’t without controversy though as, although Chris thought he was in the lead, a rival competitor did in fact manage to get to the finish before him.

It transpired though that other guy, whose name was ironically Daniel Corner, had cut the final corner, thus missing out a large section of the course. The marshals realised that he had not completed the full course though and subsequently disqualified him, confirming Chris as the rightful winner. 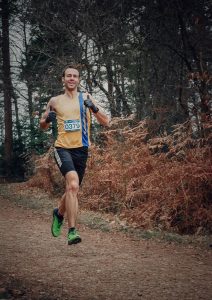 Despite almost being cheated out of his victory, thoroughly enjoyed the race and he didn’t find the route too technically challenging. There was a tough hill on the second mile and there were occasions where he had to stop and open gates which kind of killed his momentum a bit.

Overall, it was a great result for Chris though and no doubt they’ll be some exciting things to come from him over the new season. He was able to fend off competition from 99 others in the 6k race.

It wasn’t the first time Chris has been victorious in the New Forest either. Last year, whilst representing his former club of Lincoln Wellington, he won the New Forest Marathon 5k.

Meanwhile, in the 24k race, Emma Caplan had an excellent run and was 1st lady over the line with her time of 1:38:52. That put her in 14th position overall out of a field of over 200 runners.

Despite getting lost on a few occasions out on route, Emma enjoyed the run and said it was a nice change to run on the forest trails as opposed to the promenade.

Not being used to that sort of run, she found the small blue arrows she was having to follow quite hard to see and managed to go the wrong way three times. That bumped her distance up a little from the 14.1 miles that everyone else did. 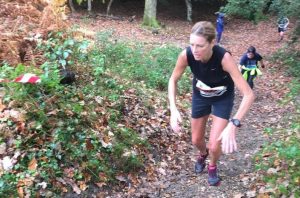 Although she had some issues navigating her way round the New Forest route, Emma tackled the hills and trails of the ‘Long’ race with vigour

Considering it was quite a hilly route, she did well to record the time and pace she did over a 14.3 mile distance. She actually went through the half marathon point in 1:30:52 according to Strava, which bodes well for her going forward.

It was a good opportunity for Emma to get some decent mileage in as well after entering the Boston Marathon in April. That’s the ‘real’ Boston Marathon by the way – the one in Lincolnshire – not that one in the USA!!

After recording a 2nd placed finish at the Junction Broadstone Quarter Marathon on Boxing Day, it’s been a good, solid start to the season from Emma and a decent base to work from in her marathon training.

It wasn’t the only recent success Emma has had in the New Forest either after she was 1st lady in ‘The Stinger’ back in November, finishing in an impressive 5th position overall.

Jason Bell, who has been training with Bournemouth AC on some of the Tuesday night interval sessions had a good run as well, finishing in 13th place and recording a time of 1:38:32. 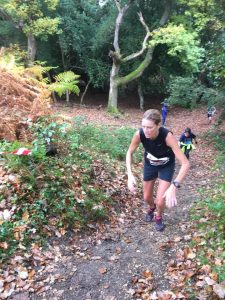 Emma left all the other ladies trailing in her wake as she sped to a 1st female finish in a time of 1:38:52