Craig and Disco deliver blinding bests at Barcelona Half Marathon 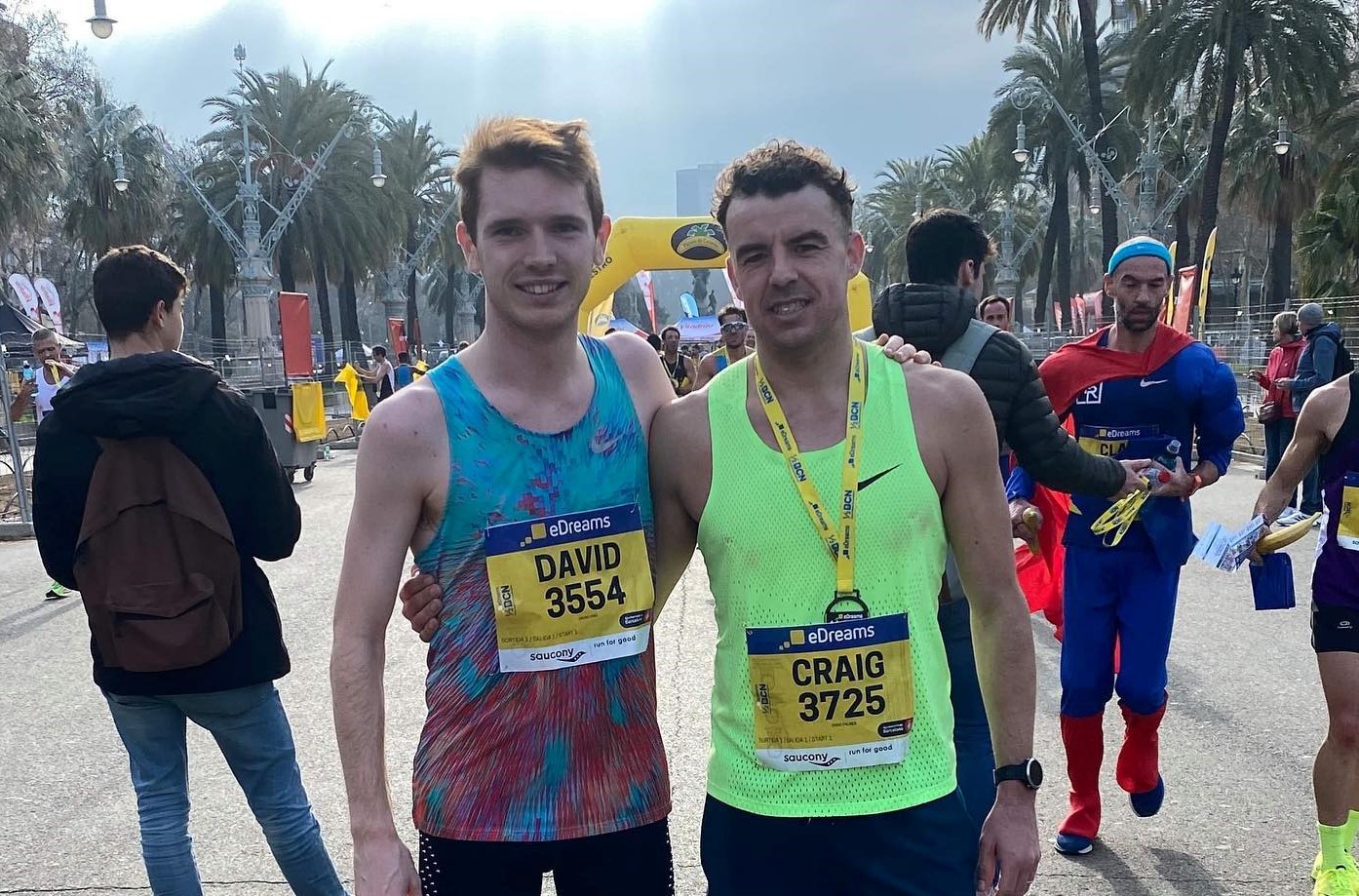 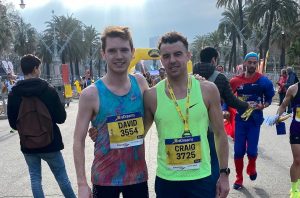 When they go on tour, the Bournemouth AC boys really do go all out, and that was certainly the case when Craig Palmer and Dave Long ventured over to Catalonia for the Barcelona Half Marathon.

And as well as getting the opportunity to mix it up with some top class elite athletes in one of Europe’s premier half marathon races, it was also Dave’s birthday on the very same day of the race. That made the occasion even more special for Disco and Craig.

They knew that whatever happens, they would be in for a big session in bars later on and there would be plenty of cervezas being sunk. First thing’s first though… They had a race to run. And it was a big one.

After recording a 30:35 time at the Chichester 10k two weeks earlier, Disco was satisfied enough that he was in good form and was thinking he might be looking at something in the region of 65 minutes.

He had had a couple of half marathon attempts that had gone awry in 2019 though. One was the Reading Half where we went out too hard and blew up after four miles.

Then later in the year he was due to compete in the Gosport Half Marathon but picked up a calf strain in the run up to it and had a sinus infection as well which meant he never made it onto the start line.

As for Craig, he wasn’t in the best shape he could have been in as he’d only done a few speed sessions so far this year. Nevertheless though, he was still determined to aim high and give it his best shot. Que sera sera. 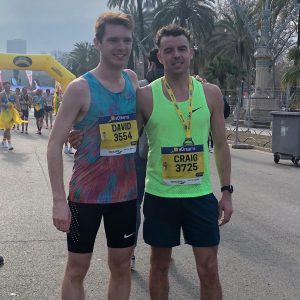 When the race got going, Disco seemed to get caught up in all the excitement and went out really hard. That led to him clocking a 4:48 for the first mile!

It was a blistering pace and one that would have been almost impossible to maintain over the duration of a half marathon. For the next few miles he was going at around five minutes per mile before hitting a downhill section on the fifth mile and picking it up again.

His pace dropped a bit over the next four miles but not a lot. He was still doing around 5:10 per mile. Impressively, he then managed to pick it up again on miles 10 and 11 and he was back to five minute miling.

The last two-and-a-quarter miles were pretty tough going and Dave had to dig deep to limit the damage. His official finishing time as he crossed the line was 1:07:44, which is a phenomenal result for a half marathon.

That put him in 93rd place in the overall standings. That was out of a field of 18,527 finishers. He was also the 10th quickest UK runner out of 1,278. His average pace for the run was an incredible 5:06 minutes per mile.

Another impressive stat for Dave was that he’d slashed 3 minutes 45 seconds of his previous best half marathon time of 1:11:28 which he set at the Goodwood Half Marathon in December.

And not only had he done that, he’d also somehow managed to rip off the front bit of the skin on one of his toes whilst he was running as well which caused quite a bit of bleeding and some pain as well no doubt. Despite that though, he’d been able to keep focused on the job in hand and block it out, which takes character.

Also going out pretty hard from the gun, Craig completed his first mile in 5:12. He then followed that up with a 5:10 in the second mile before taking the pace up a notch further to just over five minutes per mile for the next three miles.

He then completed the sixth mile in 5:10 and at the half way stage of the race, he was on course for a sub-68-minute finish. His levels began to drop a tad over the second half of the race though and he ended up suffering for his early eagerness. That was kind of what he was expecting to happen though. He knew it wasn’t going to be pretty towards the end and was prepared for that.

That said, he’d only gone down to around 5:15 pace from miles 7 to 11 so he had managed to hold it together well considering. He went through 10 miles in 51:28 which would have easily been a 10-mile best for him.

It was only in miles 12 and 13 where he really began to struggle though and he had to dig deep to minimise his losses over that last part of the race.

Reaching the finish line in a time of 1:09:06, Craig came in in a still very impressive 126th place and was 15th quickest out of all the UK runners in the race. 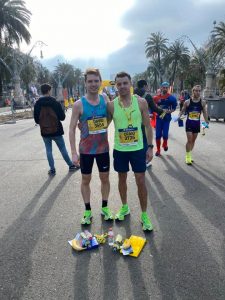 Finishing 93rd and 126th out of over 18,500 runners, it was a terrific result for both Disco and Craig

With an average pace for the run of 5:13, considering he wasn’t in peak condition going into it, that was a fine display from Craig. It also eclipsed his previous best time from London’s Big Half last year by 31 seconds.

Although it wasn’t quite the time he would have wanted in an ideal world, it was still a terrific run under the circumstances and he said he’s learnt some valuable lessons from this run and it’s only served to make him hungrier for the next one.

The next big race Craig has lined up is the Bath Half Marathon on 15th March so if he can get a few decent speed sessions in between now and then, he could be ready to set a big PB if the conditions are right. 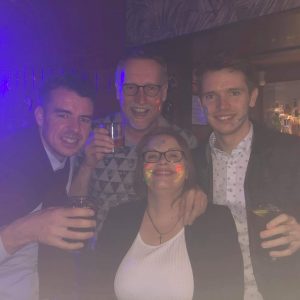 Once the racing was over the celebrations began for Disco and Craig and Dave’s dad Roy and mum Elaine were also there to enjoy the occasion. From that point on muchas cervezas were sunk and a fair few tequilas went down as well as the they partied hard long into the night.

It’s very much a work hard, play hard philosophy for Disco and Craig. They put everything into their training and generally get themselves into the best possible condition they can for when a target race comes around.

But they also enjoy the social element and are always keen to reward themselves with a few drinks after a job well done. And they certainly do earn them. There’s no doubt about that. 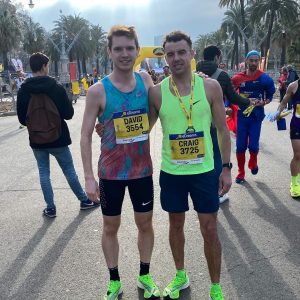 With both recording new half marathon PBs and enjoying a great night on the source afterwards, it was an excellent trip for Dave and Craig