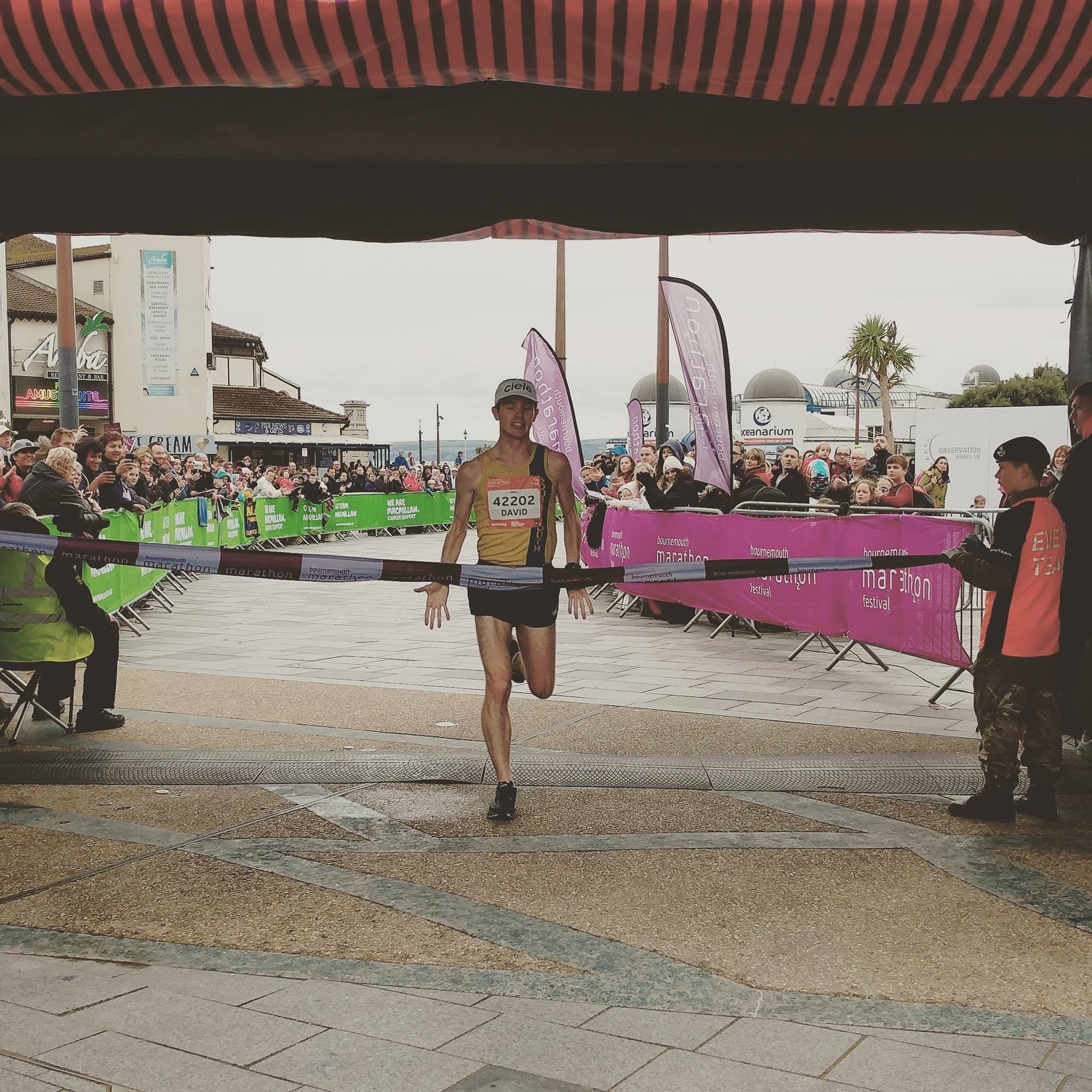 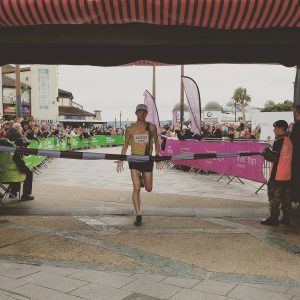 The increasingly popular and eagerly anticipated Bournemouth Marathon Festival kicked off at 4pm on Saturday 6th October with the Supersonic 10k.

As you would expect in a local event of this magnitude, a healthy contingent from Bournemouth AC were present in the race, as they were across each different distance over the weekend.

After a miserable morning of persistent rain and generally grey and uninspiring weather, the rain finally ceased just before the 10k race was set to get underway.

That came as a massive bonus to the participants who were probably considering getting their wet suits and flippers out before that.

It meant they could just focus their minds on one thing, and that was launching down the promenade as fast as they could to try to get themselves a PB, or in some cases, go for a high position.

As it panned out, it was a Bournemouth AC man who absolutely stole the show, as Dave Long shot off at the sound of the gun, leaving all the other competitors in the race for dust.

From that point on, it was really just Dave against the clock. It was just a question of what sort of time he would produce. It wasn’t a race that Dave had specifically targeted for any reason. It was simply a line in the sand at the end of a good, solid four week block of training. 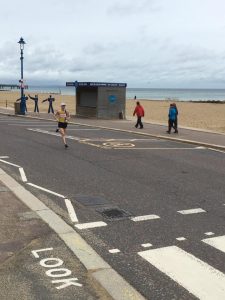 The training was really with a view to hopefully coming up with something special at the Great South Run, which takes place this coming weekend.

It came as a complete surprise to Dave when he actually crossed the line in an astonishing new PB of 30:42. Incredibly it was 12 seconds quicker than his time at the Highgate in the Night of the 10,000m PB’s which was on the track. It was also a new course record for the Supersonic 10k at the Bournemouth Marathon Festival, so a phenomenal result for Dave. 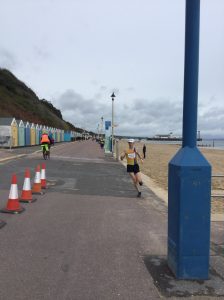 By the time he crossed the line, Dave had accrued a huge advantage over his nearest competitor, who was nowhere in sight. In fact, it was Nick Marriage took 2nd place in the end, arriving almost two and half minutes later. That’s quite an emphatic margin of victory for a 10k race.

It’s not surprising he head such a healthy advantage when you consider than his average pace for the run was an unbelievable 4:54 m/m. It was underlined the fact the Dave is currently in seriously good shape. 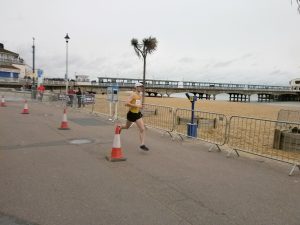 Following that up the next day by doing his last long run before tapering for the Great South Run, Dave racked up 18 and a half miles running with a friend who was racing in the marathon.

The race for the accolade of first female was hotly contested between Bournemouth AC’s Georgia Wood and Bethan Francis of Avon Valley Runners.

The pair were neck-and-neck for much of the race but in the end it was Bethan who prevailed, finishing in a time of 37:43. Georgia reached the line just a couple of seconds later to take a superb 2nd place in 37:45. 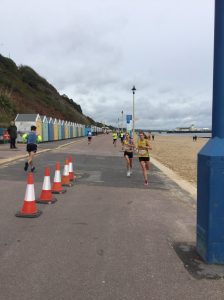 It was a terrific run from Georgia and, even though she came so close to the victory, she was really pleased with her performance. It certainly confirmed that she’s well on the way towards recapturing her best form.

Bethan was 27th in the overall standings, with Georgia placing 29th. That was out of 2,346 who completed the race, so a tremendous result for the top two ladies.

Serena O’Connor of Poole Runners wasn’t far behind either, taking the final podium spot by finishing in a time of 38:06. That put her in 31st place overall. 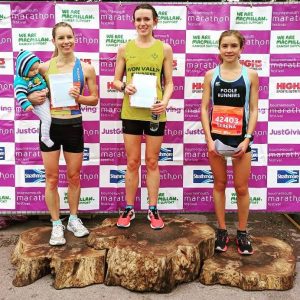 Also finishing quite well up in the field was Joseph Morrison who secured a brilliant new PB to finish in 46th place with a time of 39:05. 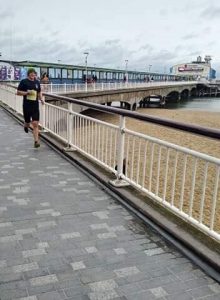 Considering that was off the back of very limited training, Joseph was really happy with that result, although he did find it tough pushing himself all way. 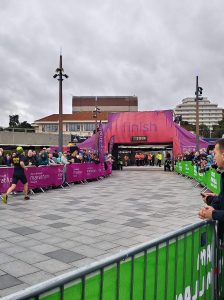 It was a brilliant new PB of 39:05 for Joseph which he was delighted with

Joseph finished just in front of his new Bournemouth AC teammate Matt du Cros, who was making his debut in the hallowed yellow and blue. Matt had an excellent run, taking 47th place in a time of 39:10. 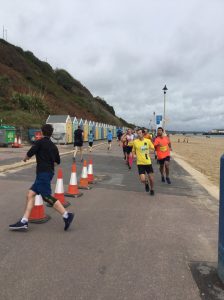 Matt du Cros had a stellar run in his Bournemouth AC debut finishing a time of 39:10

Another BAC member who ran well on the day was Simon Hearn, who bagged 62nd place finishing in a time of 39:51. Simon had trained hard for eight weeks in the lead up to the race in a bid to secure a sub-40 time so for him, it was mission accomplished. 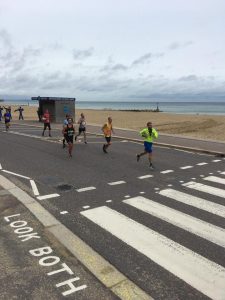 Simon Hearn had trained hard for a sub-40 finish and was determined to make it happen, whatever the weather

Before he started training for the race, Simon had seen his form dip slightly with the lack of a regular training programme and a clear goal to work towards.

He was determined to get back to full fitness though and once he got going in his new training regime, his speed began to come back. He set the pacer on his watch to 6:25 average pace and managed to keep to that target well. 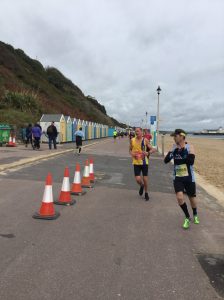 Reaching the turn on course for the time he was targeting, it was then just a case of maintaining it for the second half of the race for Simon

He felt really strong throughout the race and it turned out to be the best run he’s had for quite some time. At last year’s event he just missed out on a sub-40, so it was pleasing to meet that goal this time round. Impressively, Simon finished 2nd in 50-54 category. 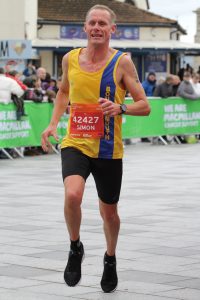 One man who has been running really well recently is Phil Cherrett. Phil’s rise up the rankings has been notable since he joined Bournemouth AC and started training with the club and now there’s no stopping him.

Phil was aiming a sub-42-minute finish, which would be his first ever and given his recent form, it was certainly well within his capability. The race went completely to plan for Phil and he managed to run a very consistent pace throughout, always managing to stay ahead of his split targets. 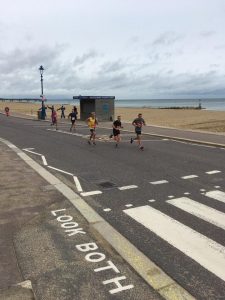 With 3k to go he was thinking he might be able to kick on and possibly even go sub-41 but his legs refused to go any faster. Although it wasn’t the speedy finish he was hoping for he’d done the hard work of the course of race and was still going to comfortably achieve his target.

Crossing the line in a time of 41:37, Phil had improved on his time from last year by exactly two minutes and it was a 47 second PB. This put him in 93rd place overall and made him 13th in the 40-44 category. It demonstrated the great progress Phil has been making over the year and no doubt there’s certainly more to come from him. 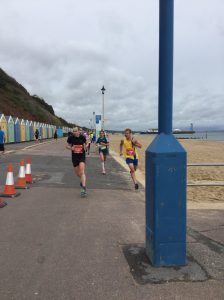 Making his debut in the Bournemouth AC colours, Wayne Walford Jelks had set himself a target of a sub-50-minute finish. He hadn’t got too much training under his belt going into the race so was really pleased to cross the line in a time of 44:40, which put him in 184th place. Wayne was 40th in the 35-39 category. 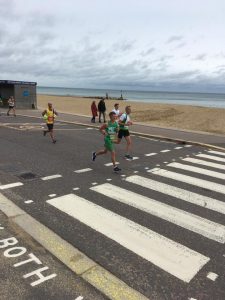 Tamzin Petersen decided to enter the race late on and she was very glad she did as she secured a fantastic new PB, getting under 45 minutes for the first time ever. In fact, it was the first time she’d ever been under 46 minutes! 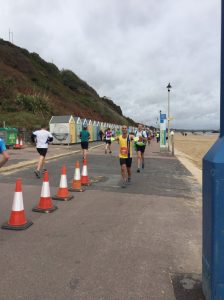 Tamzin has been in pretty good form of late, recently recording a new parkrun PB of 21:55, so she knew she was in good shape. Before the race she’d had a good four days rest, so she was feeling really fresh and ready to go when the time came. 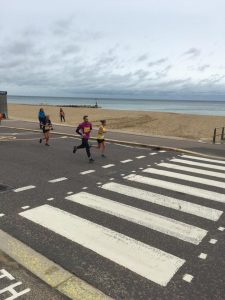 Finishing in a time of 44:59, Tamzin was 21st female over the line and placed 197th in the overall standings. The following weekend she had a very different race to look forward to as she prepared for the significantly more challenging Gold Hill 10k. 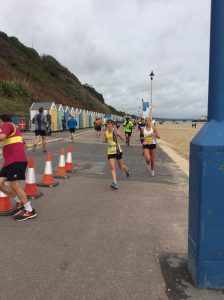 Some of Bournemouth AC’s younger members were in action in the Supernova 5k race that took place on the same day, at 7pm. Morgan Summerseth was the first of them to get to the line, finishing in 16th place with a superb time of 19:25.

Natalie Hayward came in as 26th placed female, crossing the line in a time of 24:16 which put her 126th in the overall standings. Emma Stonier finished in 442nd place, registering a time of 29:15, which made her 160th female.

The race provided quite a spectacle with most of the competitors wearing head torches and sporting lights or glow in the dark bands, along with luminous clothing, since it was beginning to get dark by that time.