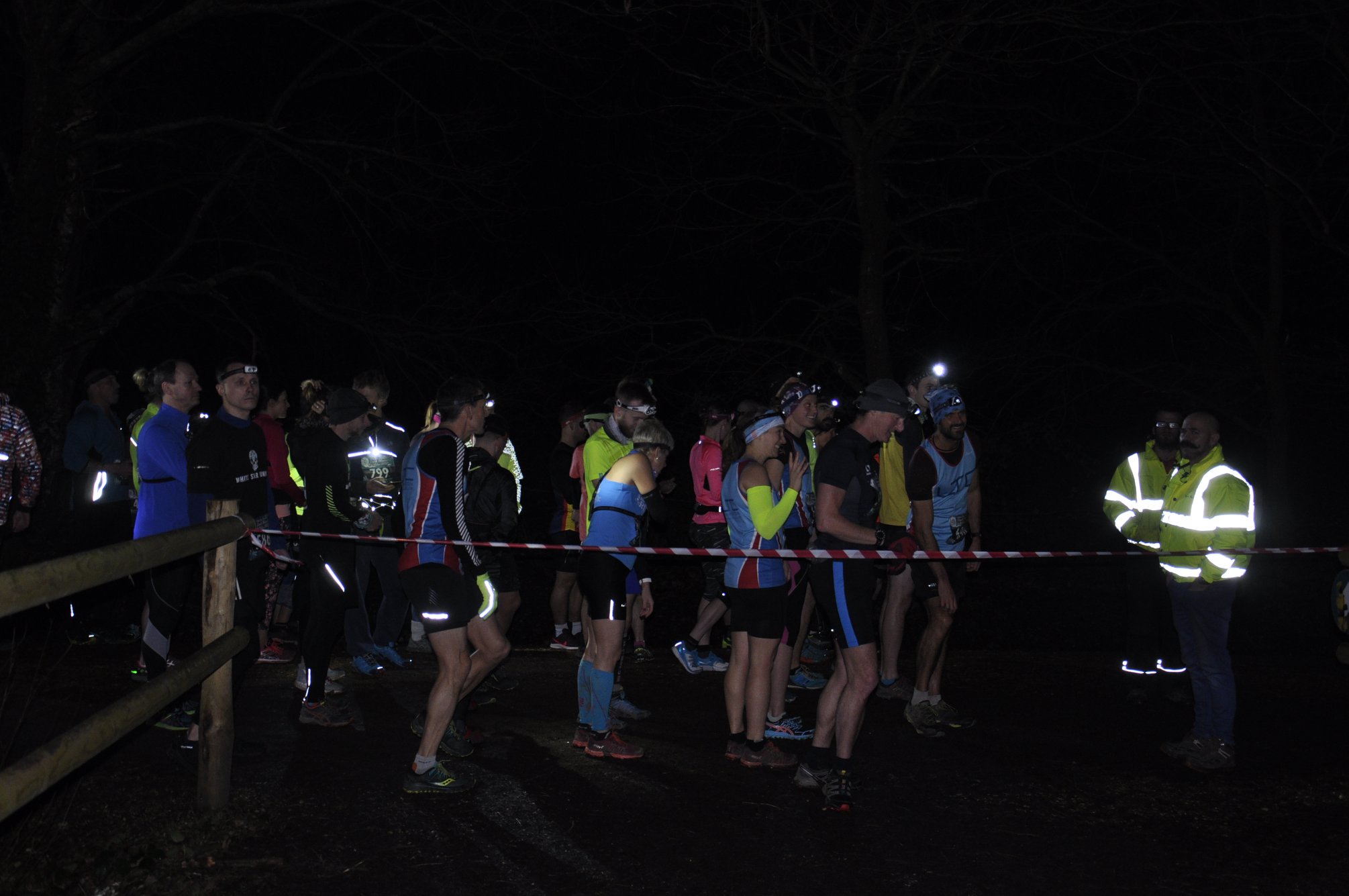 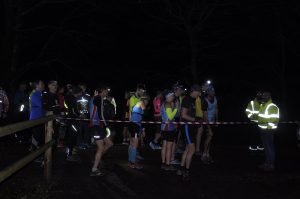 This time last year Mitch Griffiths was made his Bournemouth AC debut by taking the runner up spot to Paul Russhard of Lymington Tri Club in the Dark Moors 10-Mile race. He was back again in 2020, hoping to go one better and pick up the victory this time round.

Paul Russhard was back again to defend his title though and in last year’s event, he finished over three minutes ahead so there was a fair deficit for Mitch to make up if he was to have any chance of overturning that result.

Of course, a lot can happen in a year though so there were no guarantees either of them would be able to display to same form they showed in the 2019 encounter.

Mitch’s first year for BAC had it’s ups and downs. He picked up an achilles tendon injury in March that kept him out for a good few months. When he returned to action again in June, it took him a while to gain his fitness back and find the same level that he was on before.

Gradually he managed to pick his times back up though until he was in top form again around September time. After that he ran Poole parkrun in 17 minutes flat and posted a new 5-mile PB of 28:13 at the Littledown 5.

He’d certainly proved he was very accomplished at the 10-mile distance but could he carry that form into a night race, that was a the question?

The Dark Moors event is hosted by White Star Running and is held at Moors Valley Country Park, meaning it’s trails and woods all the way for the participants of both the 5-mile and 10-mile races. 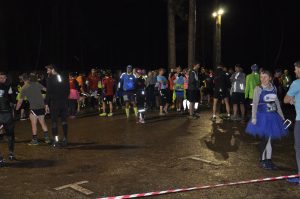 The runners gather at the start in the dead of night, ready to take on the two-lap, 10-mile route through the woods

Setting off at 6:15 minutes per mile pace for the first mile, even though it was mostly uphill, Mitch settled into a decent rhythm and went along at a similar pace for the next four miles.

The sixth mile was all uphill, so that was slightly slower but he picked the pace up again over the next two miles leaving him with just two miles left. He managed those at around 6:20 pace, giving him a finishing time of 1 hour 3 minutes exactly.

Considering it’s a trail race, at night, in the pitch black, that’s actually a very good time from Mitch. It eclipsed his time from last year by 22 seconds. However, it wasn’t enough to defeat Paul Russhard who was once again, the runaway winner.

This time he got round in 1:00:44, which was 43 seconds slower than what he did last year. But it was still a fantastic time that was way too quick for anyone else to content with, even Mitch.

The gap between the pair had closed though to less than three minutes this time round so that was something additional to take out of it from Mitch’s perspective. Adam Cox of Mendip Triathlon and Running Club took third place, coming in in a still very good time of 1:03:49.

Kari Mack of Bognor Regis Tone Zone Runners was first female, crossing the line in 12th place overall with a time of 1:09:29. That was enough to see off the challenge of Valeria Sesto of New Forest Runners who came in in 1:11:11 to take 14th place.

Then it was the Lymington Tri Club pair of Kelly Conrad and last year’s female winner Gemma Russhard who finished in 16th and 17th places in times of 1:11:48 and 1:12:06 respectively. A total of 364 runners successfully completed the course.

Mitch’s pace averaged out at 6:17 for his run and, although he’d been comprehensively beaten by Paul Russhard again, he still had fun out there and was pleased with the improvement over his time from last year.

At the end of the race he was presented with a rather nice hip flask as well for sealing the runner up spot which was a good bonus. If Mitch can steer clear of injury in 2020, he could well be in for a cracking year and no doubt has many more PB’s ahead of him over the coming months. 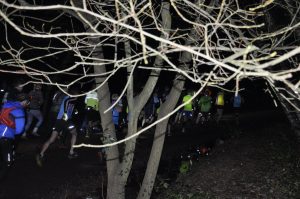