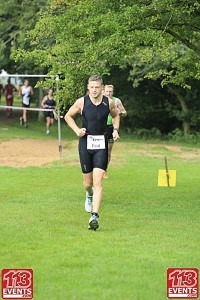 Congratulations to Pat Robbins, who won the Dorset Doddle, from Weymouth to Swanage, on Sunday August 23rd.  This event consists of a 32 mile course along the coast path, apparently very muddy this year in the early stages, and Pat‘s winning time was 4 hours 58 mins.  Readers will recall that, in April this year, Pat won team World and European Gold medals in the 24 hour World Championships in Turin, so is well prepared for events such as the Dorset Doddle.  Not that far behind Pat, in 4th place with a time of 5 hours 27 minutes, was Nick Kenchington, an excellent result, as also is Gemma Bragg‘s result.  Gemma was 7th equal – equal with Jezz Bragg, as Gemma and Jez both crossed the line in exactly 6 hours.  Never missing from events such as these is Andy Gillespie!  True to form, Andy was taking part, and, of the 162 finishers, Andy was a highly creditable 36th, in a time of 7 hours 36 minutes.

Meanwhile, on the same day, Paul Consani was competing in the Cotswolds Classic Triathlon, a ‘middle distance’ triathlon in which, of a total of over 600 participants, Paul was 20th in his category and 98th overall in 4.43.12. 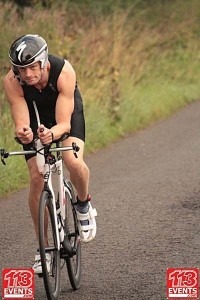 Rumour has it that Ross Smith and Caroline Rowley have also been competing in cycling/duathlon races, with Caroline winning her age category?  Any more details?

In the Bournemouth Parkrun on 22 August, the sole BAC representative amongst the 346 finishers was Steve Cox, but the picture was different the week before, 15 August, when Damian Boyle was 10th of a total of 396, and was joined by Joseph Henwood (2nd JM 11-14), Nikki Sandell, Jud Kirk, Ian White, Steve, Sarah Kearsley, Paul Consani and Cherry Cheffrin.  Phil Mosley appears to be returning to running, as he was 2nd at the Poole Parkrun on 15 August, and 3rd at Poole on 22nd.  Of the 659 participants on 15 August, Phil was the only BAC athlete present, but he was joined on 22nd by Simon Munro (10th of a total of 711), Brandon Meredith (19th) and Ross Smith (20th).  Jon Sharkey ran the Blandford Parkrun on 15 August for the first time – and won!  In 2nd place was Jez Bragg, with Gemma Bragg running a course PB to finish 9th, and 2nd lady, just 6 seconds behind the first lady!  Jon, flushed with success, returned to the Blandford Parkrun the following week, 22 August, and improved his time to win again! The Blandford Parkrun attendances are settling down at about 100, with 94 on 15th and 112 on 22nd.  Meanwhile, Andy Gillespie continues his regular participation in the Salisbury Parkrun, finishing 20th of 172 on 15 August, and 25th of 174 on 22nd.