Drinking and running… An Oxymoron, surely? 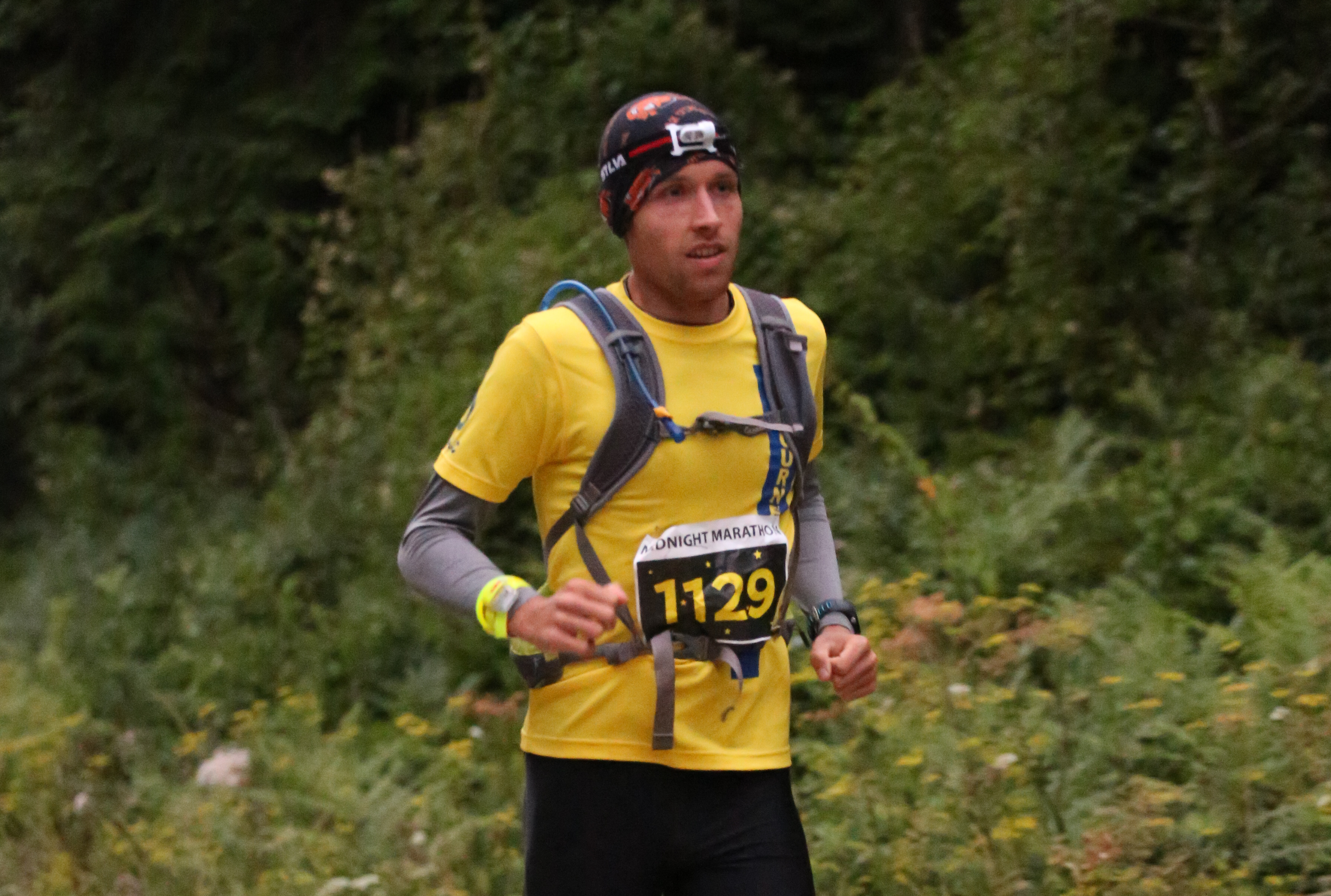 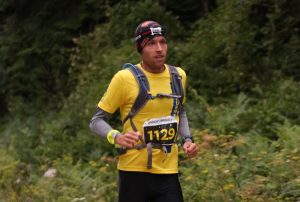 Stu Nicholas braved the woodland trails of the Dark Ox in the dead of night, armed with only a head torch and a pint of ale for a bit of Dutch courage

It would certainly be true to see say there are plenty of Bournemouth AC members who are obsessive about their running. It would also be fair to say there are there are some who like to enjoy a beer or two. But the two activities together – running and drinking – don’t typically go hand-in-hand, although Craig Palmer and Rob McTaggart might beg to differ on that front.

The two opposing past-times were combined for Stu Nicholas though when he competed in the Dark Ox Quarter Marathon which was part of the Ox Races weekender organised by White Star Running.

The Dark Ox Quarter Marathon was held on Friday night, taking Stu and his fellow competitors through Chase Wood on a rough, undulating trail with some steep curves in places.

Since there was no visible moon that night there were no concerns about Werewolves in the deep, dark woodland. There were plenty of other dangers though, such as falling over or running into things so the participants were told to enter at their own risk.

They were also informed there would be an ambulance on site to collect the wounded and White Star Running offered free corpse retrieval so bodies could be recovered before they began to decompose too much. That must have put the runners’ minds at ease at least.

Of course, a head torch is the one essential piece of kit that all runners must have before they set off. There would be no hope of navigating through the dark woods without it, that’s for sure.

There was also a beer mile within the race as well, so that was essentially a mini race within the main race. To qualify for that, the runners had to run the first mile, then drink a cup of ale before continuing on for the next five-and-a-half miles. 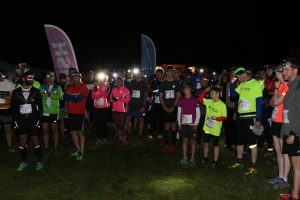 Completing the first mile in the lead and subsequently necking his cup of ale, Stu was the winner of the beer mile. He then continued on for the rest of the race.

Although it wasn’t fun running with ale sloshing around in his stomach, Stu pushed on and managed to build up a fairly sizeable advantage over his near rival Lewis Clarke of Lonely Goat RC.

Racing to a superb sub-45-minute finish, Stu claimed the Dark Ox Quarter Marathon victory, clocking am official time of 44:49. That put him 42 seconds ahead of Lewis who took 2nd place in 45:31. Third place went to Tom Dukes of Wells City Harriers. 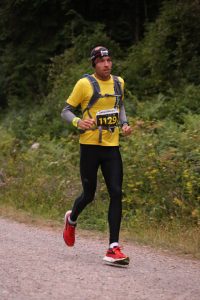 Stu won both the beer mile and the Quarter Marathon, registering an impressive time of 44:49

Stu’s partner Anna Trehane also took part in the race, completing the course in 1:10:23 which put her in 49th place overall and first in the F30 category.

A total of 187 successfully completed the Dark Ox race. The fun for the weekend didn’t stop there though. The next morning the Ox Frolic started off, with runners competing either as a solo, in pairs or in groups of three or groups of four. The aim for the game is to complete as many 10.5km laps as possible within the 12 hour time limit.

There was also a 50 mile race, where competitors had to run as many laps as required in order to reach the distance. Then the following day there was the Light Ox, which was a Quarter Marathon over the same route as the Dark Ox, but with the benefit of it being in daylight. Then there was the Ox Half Marathon, incorporating the valleys and the hills of Rushmore Estate. 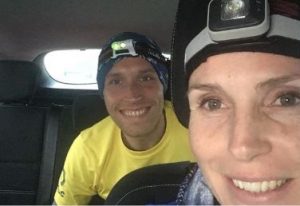