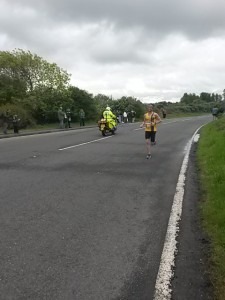 Steve Way was joined by Manol Dimitrov in the Edinburgh Marathon on Sunday 31 May, Steve finishing 5th in 2.29.29, and Manol 218th (of a total of 7151) in 3.07.47.  As we know, Steve has only recently been recovering from injury and, with a limited build-up, thought he might be in 2.20 shape, and all seemed to be well as he passed half-way in 70  minutes.  However, as Steve says: “I knew my legs weren’t happy, and, with just a head wind as company, I had a lonely, painful last 8 miles.”  With all this, Steve still ran a sub 2.30 marathon!  Conditions obviously weren’t ideal for marathon running, so hats off, too, to Manol on a time of not far over 3 hours. 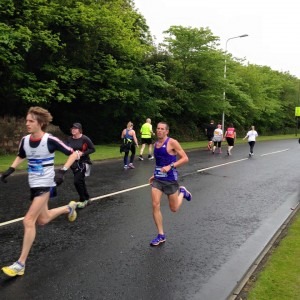 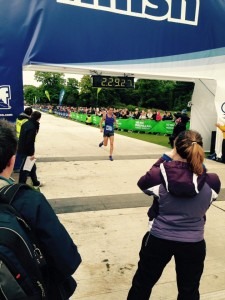 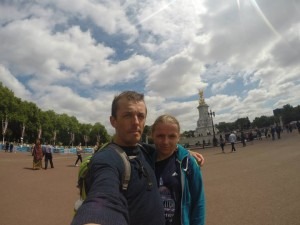 Jacek and Ela Cieluszecki sightseeing after the BUPA London 10k

Less than a week later, on Saturday 30 May, Jacek was the winner of the Poole Parkrun, in which Simon Munro was 7th of an astonishing field of 731.  At the Bournemouth Parkrun, 15th was Paul Consani, 22nd was Ian White (who competed the next day at the SAL fixture at the Mountbatten Centre, Portsmouth).  Also running were Jud Kirk and Steve Cox, whose finishing positions were much lower than usual for them, so, no doubt, they were supporting other runners.