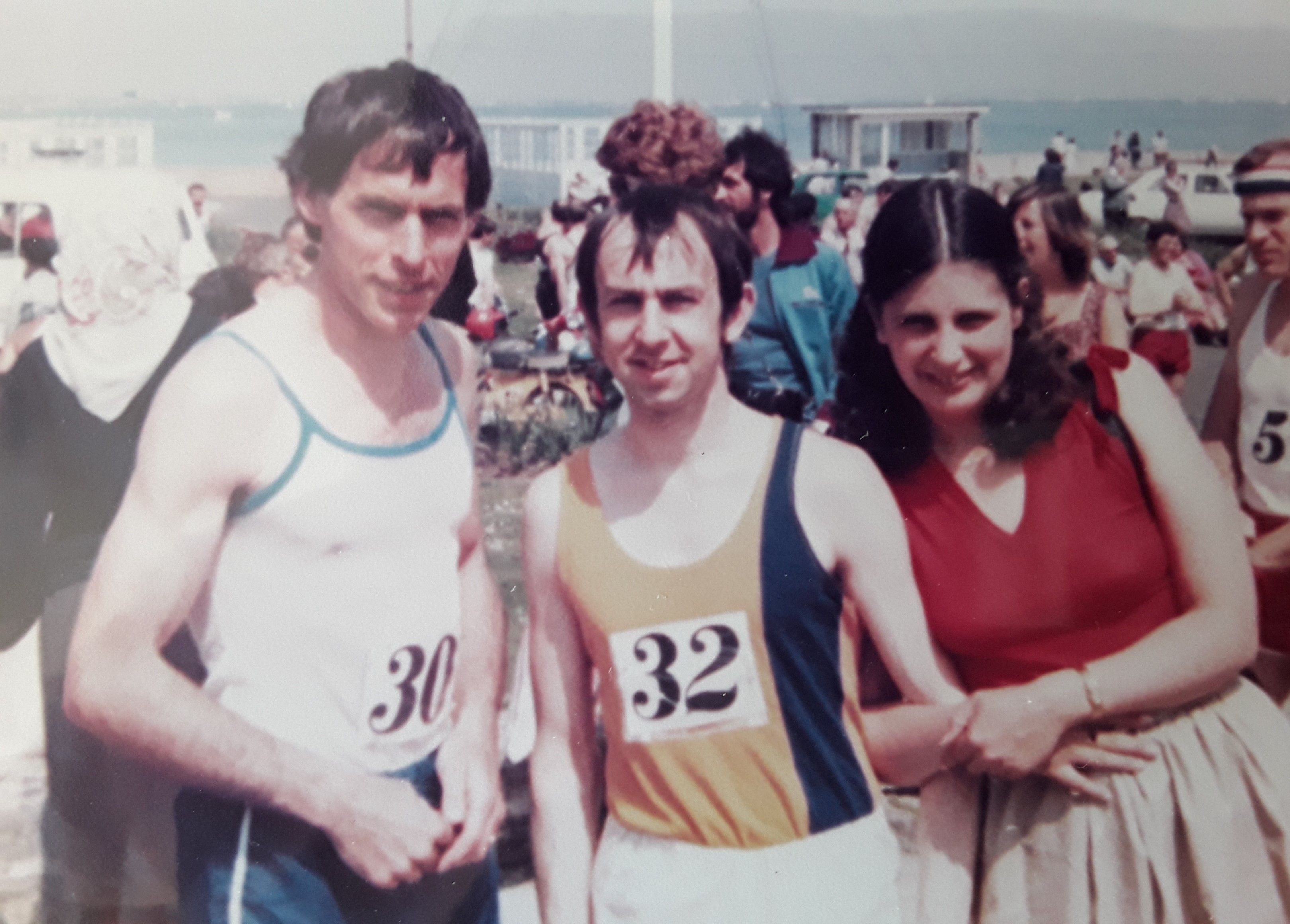 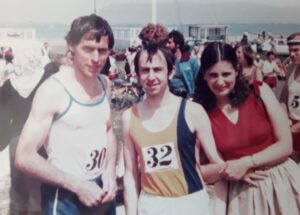 Dave Parsons (middle) is pictured here with his wife Sue and John Hurt (left) before the Isle of Wight Marathon in 1980. As you can see, they haven’t changed a bit since then!

With most races cancelled this year due to the pandemic, there have been far fewer events on which to report the successes of BAC athletes. It is perhaps interesting to look back to a previous time when there were far fewer events locally for our athletes to contest – before the London Marathon was conceived and the start of the running boom which resulted in a huge upsurge of road races in the area!

Trawling through my running archives accumulated during over 40 years of being a BAC member, I have come across a number of race results featuring some of BAC’s ‘stars’ of the day some 40 years ago in 1980.

Back in those days, results were obtained by leaving a stamped addressed envelope with the race organisers with a small sum of money, say 50p, and a type written copy of the results would be sent to you in the post. A far cry from today where, with chip timing, results are often up on the internet before you get home!!

I’ve managed to dig out the results of three races from 1980 that I competed in (apologies for the poor quality of the photos but the originals were often not very clear in the first place).

Here’s a bit of background on those races…

This was on the original tough course starting and finishing in Ryde which was used for over 50 years. Back in those days, it incorporated the Marathon Championships for Dorset, Hampshire and Wiltshire, there being no other marathons locally. This meant that quite a number of BAC athletes made the short trip across the Solent to compete over the magic distance of 26 miles 385 yards.

This year, one of the marshals wasn’t at his post half way up the long hill in the middle of Ryde shortly after the start and, as a result, the lead group of some 12-20 runners ended up some way off course and when we got back onto the correct course, found ourselves way back down the field.

Most of us did gradually make our way back up and finished in the top 20, however, it made quite a difference to our times, perhaps as much as a few minutes.

Star performer was BAC’s super vet John Hurt who, undaunted by going off course, moved right through the field and took first place in the very creditable time of 2:33.35 to finish the winner by one and a half minutes.

I also managed to recover well from the psychological blow of going the wrong way and worked myself up to 8th position in a time of 2:43:26 and 2nd place behind John in the Dorset Champs. Our 3rd man home was Chris Birch who finished 49th in 2:58:05.

The team results for the race were calculated by the combined times of the first three runners from each club and BAC finished with a combined time of 8:15:06, an agonising 53 seconds behind Epsom & Ewell whose total was 8:14:13.

There were 219 male finishers. Interestingly, back then, very few ladies ran marathons and their results are shown separately, with just 8 finishing!

The first lady was Lesley Watson from London Olympiads in the time of 3:11:09. Lesley was very well known in running circles and most people remember her for the fact that she always finished races looking absolutely immaculate with not a hair out of place! 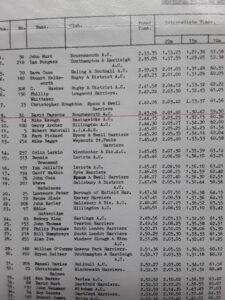 Isle of Wight Marathon results from 17th May 1980

This was another race on a very hilly course (this time ‘off-road’) and was very popular with those who like such courses. If my memory serves me well, it has three massive hills including ‘Hergist Ridge’ (Mike Oldfield fans will know of this).

Five BAC runners travelled up on the day to do this one and we all piled into John Hurt’s car for the long journey setting off at some ridiculous time in the morning. I remember we stopped at a service station just before the Severn Bridge and had a light breakfast which in my case proved a bad decision!

Although advertised as 15 miles, this isn’t an accurately measured course and with it being so hilly, times aren’t particularly relevant. The race was one by Mike Gratton (Invicta) in the excellent time of 1:27:39.

With three to score in the team event, BAC were winners with 26 points, ahead of Westbury Harriers on 45 and Leicester Coritanians on 53. I had a disappointing run suffering with stomach problems and made several ’pit stops’ (I blame the breakfast) and ended up 69th in 1:47:18 out of 247 finishers. A very successful day for the team though! 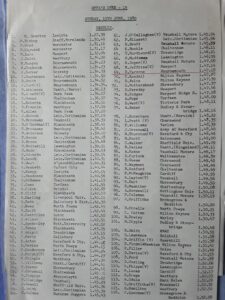 This was one of the races to do back in these times! Always a good quality field and a lovely picturesque course starting at Amesbury Abbey, following one side of the river Avon, back along the other side after half way and then climbing up to Boscombe Down with a fast, downhill finish to the Leisure Centre.

It was also well known for having lots of prizes, some of them quite unusual – Des White’s tennis racquet and my socket set being two that spring to mind.

In 1980, BAC athletes featured prominently near the front of the race which was won by Salisbury star Ian Ray in 79:20 with Marathon legend, Ian Thompson (Luton) second in 80:49. 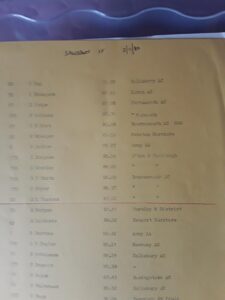 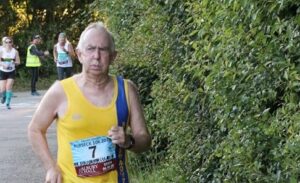 40 years on and Dave still loves to turn out and race for the club. Lets hope he gets another opportunity to do that again soon