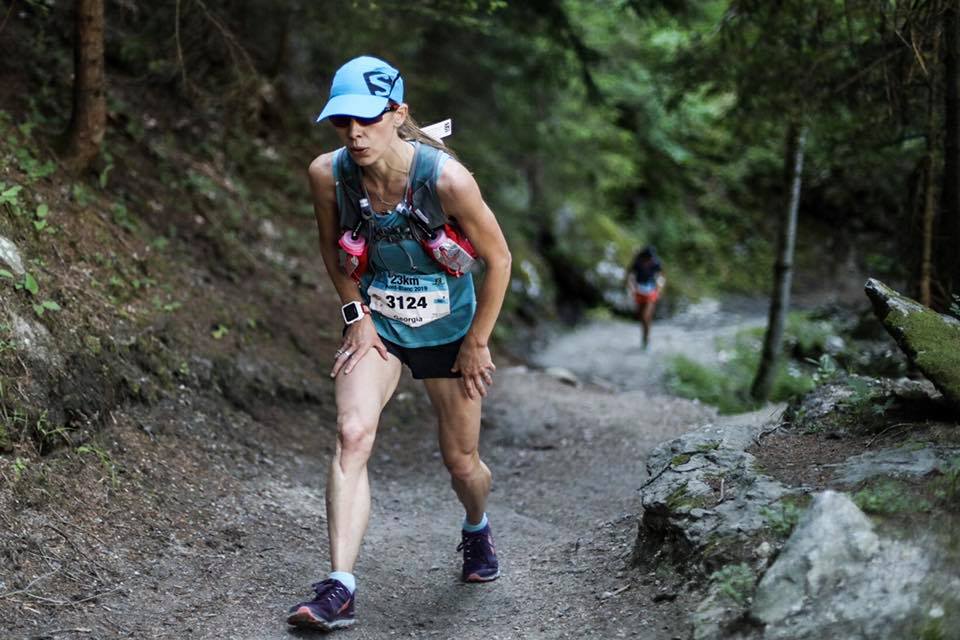 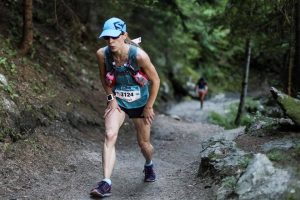 Incorporating an elevation gain of 1,680 metres, the Marathon du Mont-Blanc 23k would be more than enough to out any runner through their paces.

Of course, with it being set in Chamonix providing the runners with a chance to experience the Alps in all its splendour, the glorious views make the hardship and severity of the climbs that much more rewarding.

The build up to the race hadn’t been the easiest for Georgia, with several colds, viruses and a poorly baby resulting in very little sleep and some tough times to get through. For the most part she’d only really been training at sea level as well as that’s all she could fit in.

She almost didn’t make the trip in fact as her daughter Chloe had a fever right before Georgia and her partner Tom were about to travel. All that only served to make her more determined though to come home with something to be proud of. 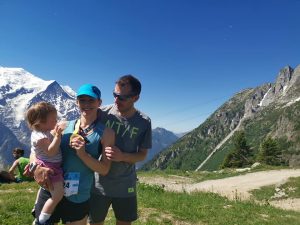 It was around the time when France were getting  some really hot weather so just to make it even more difficult, temperatures were soaring.

The climbs were quite technical, both on the way up and on the descent. Some sections were so steep that you couldn’t really run up them. At one point Georgia slipped on the snow as well, which was quite a strange concept as in 37 degree heat.

The support on certain parts of the course was amazing and because she had a flag on her number, some people cheered her on in English which helped.

Crossing the line in 2 hours 49 minutes and 3 seconds, Georgia was 3rd female to cross the line and 51st overall. In a race of this magnitude that was a fantastic achievement for her. 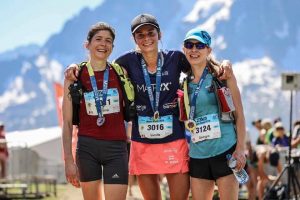 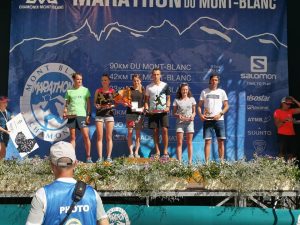 The last climb of the day for Georgia was when she stepped up onto the podium to collect her prize for her magnificent 3rd place finish. That was a very proud moment for Georgia and she was overjoyed to celebrate with Tom and Chloe afterwards. 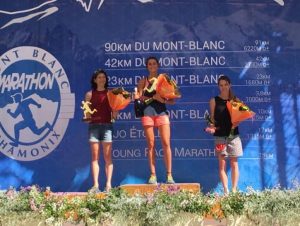 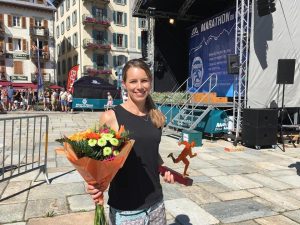