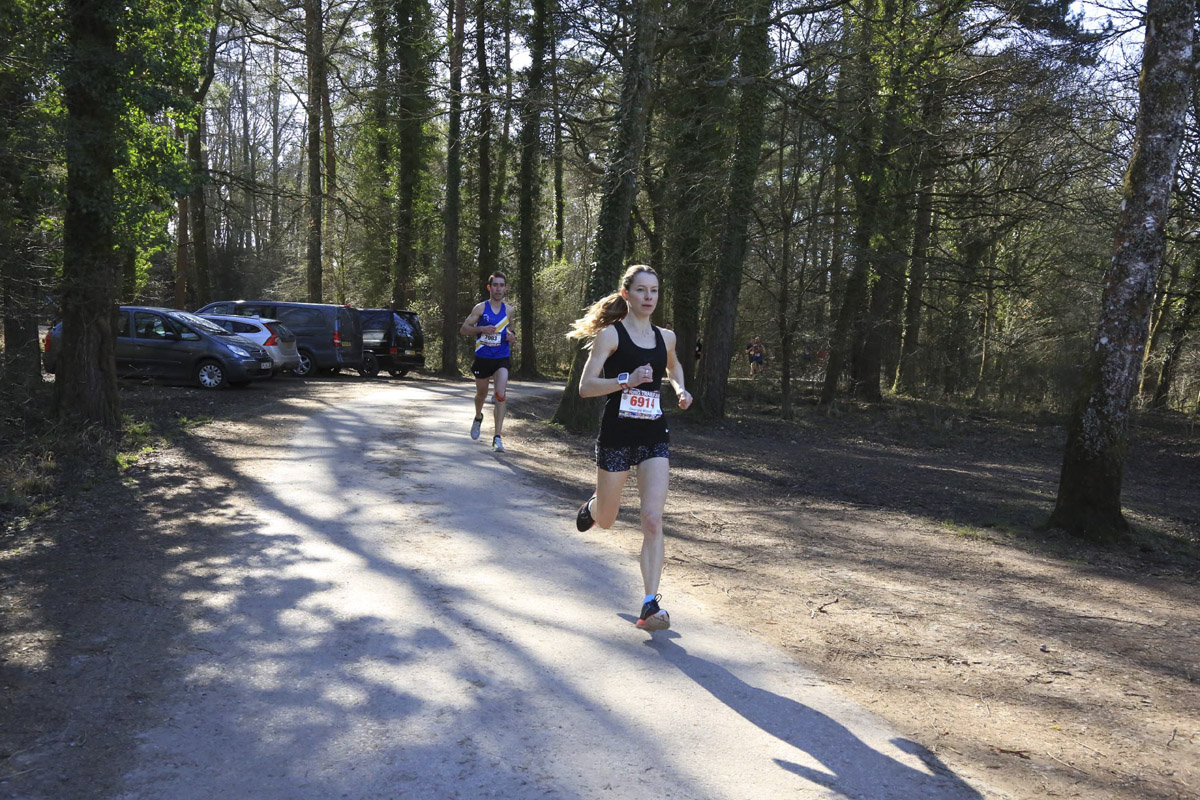 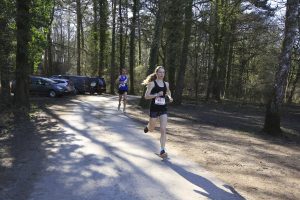 In a race that was the designated UK Trail ‘Short Course’ Championship, Georgia Wood was going out all guns blazing at the Forest of Dean Spring Trails Half Marathon, hoping she might be in with a chance of bringing home the prize.

Of course, with such a prestigious title up for grabs she knew she was likely to face some tough competition but she approached the event with focus and determination, planning run hard from the outset and hopefully maintain the pace as the race progressed.

Georgia is in fine form at the moment and had every reason to feel confident going into the race after an excellent performance at the Nation Cross Country Championships in Harewood House Estate, near Leeds, where she finished 83rd out of 1,034 runners.

The course started off at Speech House and followed the tails through the Forest of Dean in a clockwise direction, looping back to Speech House for the finish.

Whilst she was on the start-line, Georgia was lucky enough to be given a heads up that the second mile had a decent downhill section and there was a tricky climb 6 or 7 miles in. She’d also been informed that miles 11 and 12 were all uphill.

Knowing that information helped her formulate her race strategy and gave her a good inclination of what was coming and when she could afford to push hard and when to conserve energy. 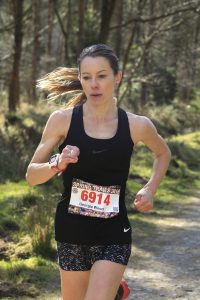 Georgia really enjoyed the route and found the Forest of Dean to be a delightful place to run. On the 10th mile there was some banging music which gave Georgia a real lift as she went past. It turned out to be a rave in the woods that had been going on for two days and, by the sound of it, was still in full swing.

Crossing the line in a stunning time of 1:21:51, Georgia was the first female to arrive at the finish, taking a mightily impressive 20th place overall in a field of 1,887 runners.

It was a truly magnificent display from Georgia and she’d won the UK Trail ‘Short Course’ Championship very emphatically, with the next lady, Emma Dalton of Westbury Harriers, reaching the finish 6-and-a-half minutes later in a time of 1:28:25.

That was a huge margin of victory for Georgia and she was certainly fully deserving of the gleaming trophy she was awarded at the presentation after the race.

Not only had she become UK Trail Champion, she’d also broken the course record, beating the previous best time set by Vicky Plume of Westbury Harriers back in 2010 by 49 seconds.

Needless to say, Georgia was over the moon with her performance and she’d certainly done herself proud in the event, making it a very memorable day. 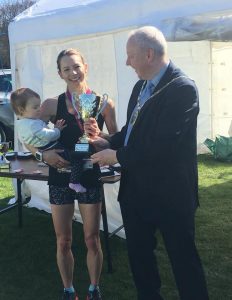 Multi-tasking as ever, Georgia holds baby Chloe in one hand and her brand new UK Trail Championship trophy in the other