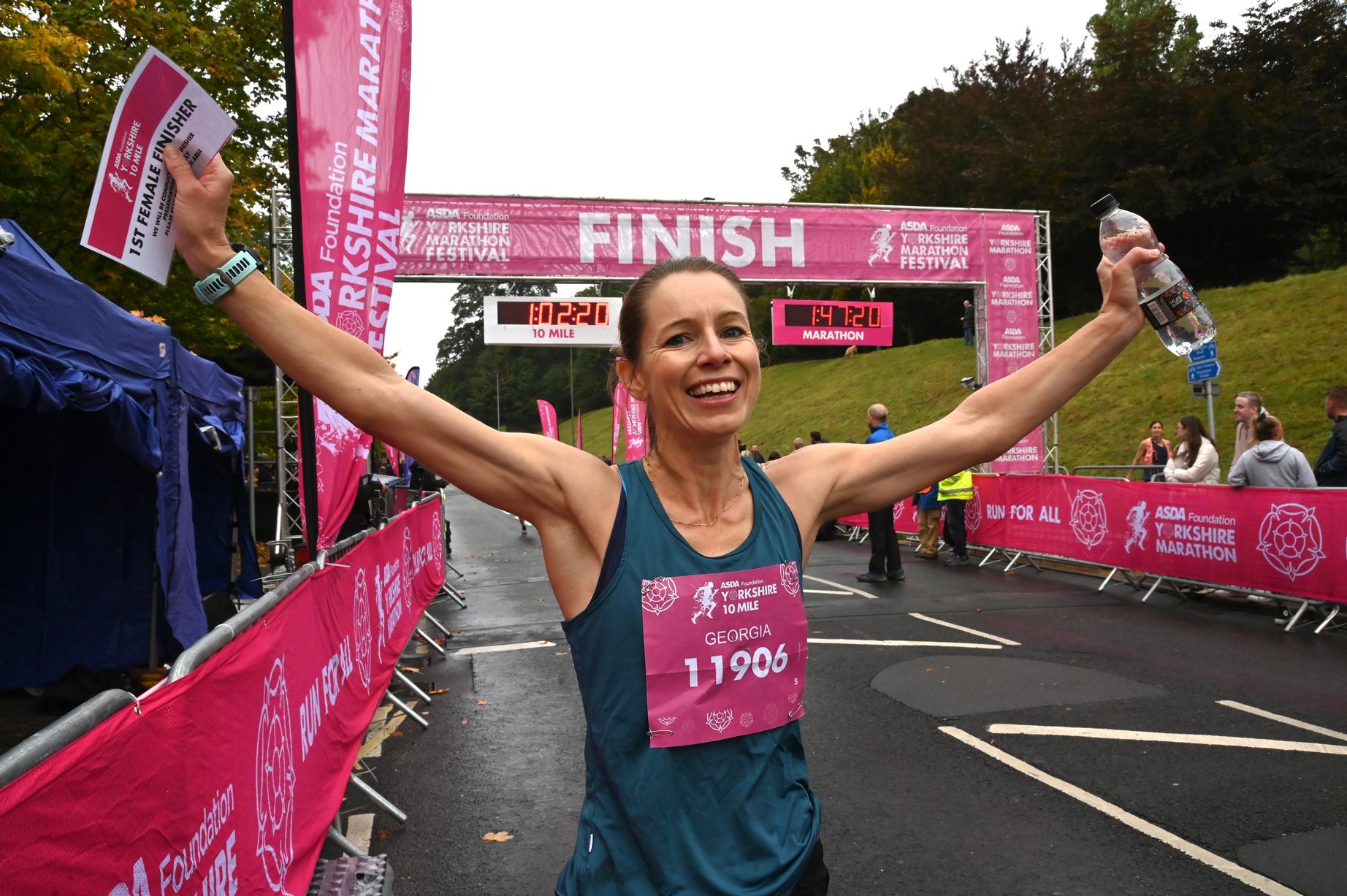 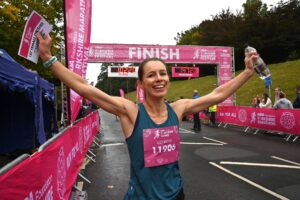 Up in the Yorkshire Marathon Festival, one of Bournemouth AC’s quickest ladies, Georgia Wood (middle), was going for glory in the 10 Mile race

The Yorkshire Marathon Festival had an unfamiliar Dorset twang to it this year, with a notable Bournemouth AC presence in the thick of the action.

BAC coach Tom Craggs had made the journey up to lead an England Athletics Masters team for the event and that team included Bournemouth AC’s very own Heather Khoshnevis  who was running the marathon.

Helen Ambrosen had also made the trip and was also competing in the marathon, knowing that it was a British Masters Athletics Federation race.

Meanwhile, in the 10 Mile race, Georgia Wood was in action, bringing a bit of southern flavour to the proceedings.

Georgia had finished 2nd placed woman and 10th overall in the Half Marathon race at the New Forest Marathon event in September and had also secured a solid sub-1:30 time in the Natasha Lewis Foundation Half Marathon in Bath earlier in the month.

But she was yet to reach her full potential in a race thus far in 2021. The Yorkshire 10 Mile represented a golden opportunity for her to do that.

When it came round to the day of the race though, Georgia almost opted not to run. She’d had such a lot going on that she wasn’t sure she was in the right head-space to fully commit to it.

In the end she decided to go for it though and that would turn out to be a decision she wasn’t going to regret. 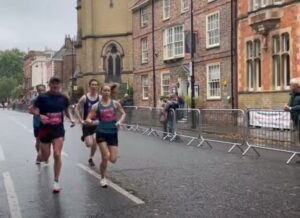 Starting off at a very quick pace, once she got into her stride, it was clear there was going to be no stopping her. Getting to the half way point in a time of 30:23, it was obvious that a cracking time was on the cards if she could maintain it over the second half of the race. 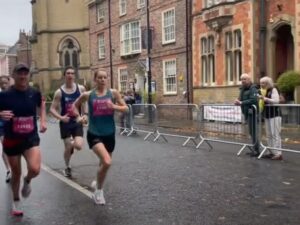 She did just that, demonstrating superb strength and stamina to get to the finish line in a time of 1:01:43. 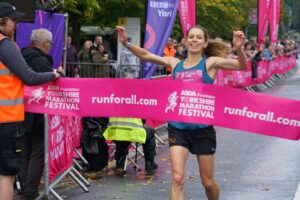 Georgia crosses the line to seal the 1st female spot

It was an excellent performance from Georgia and was enough to see her claim the 1st female prize and take 26th place in the overall standings.

That gave her a huge winning margin of 4 minutes, with the next female arriving in a time of 1:05:43. 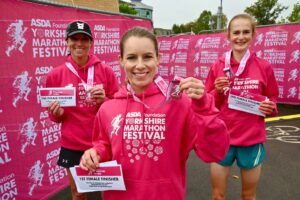 Georgia was head and shoulders above the rest on the day

It was an impressive and emphatic win for Georgia and she was very pleased when she came into the finish to have produced such a fine display. 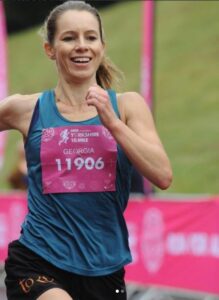 It was a great event and the local community had turned out in droves to offer support to the runners and generate a fantastic ambience. 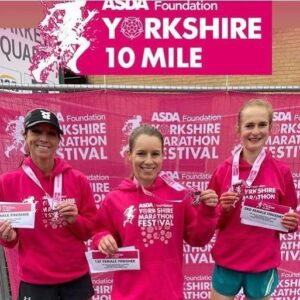