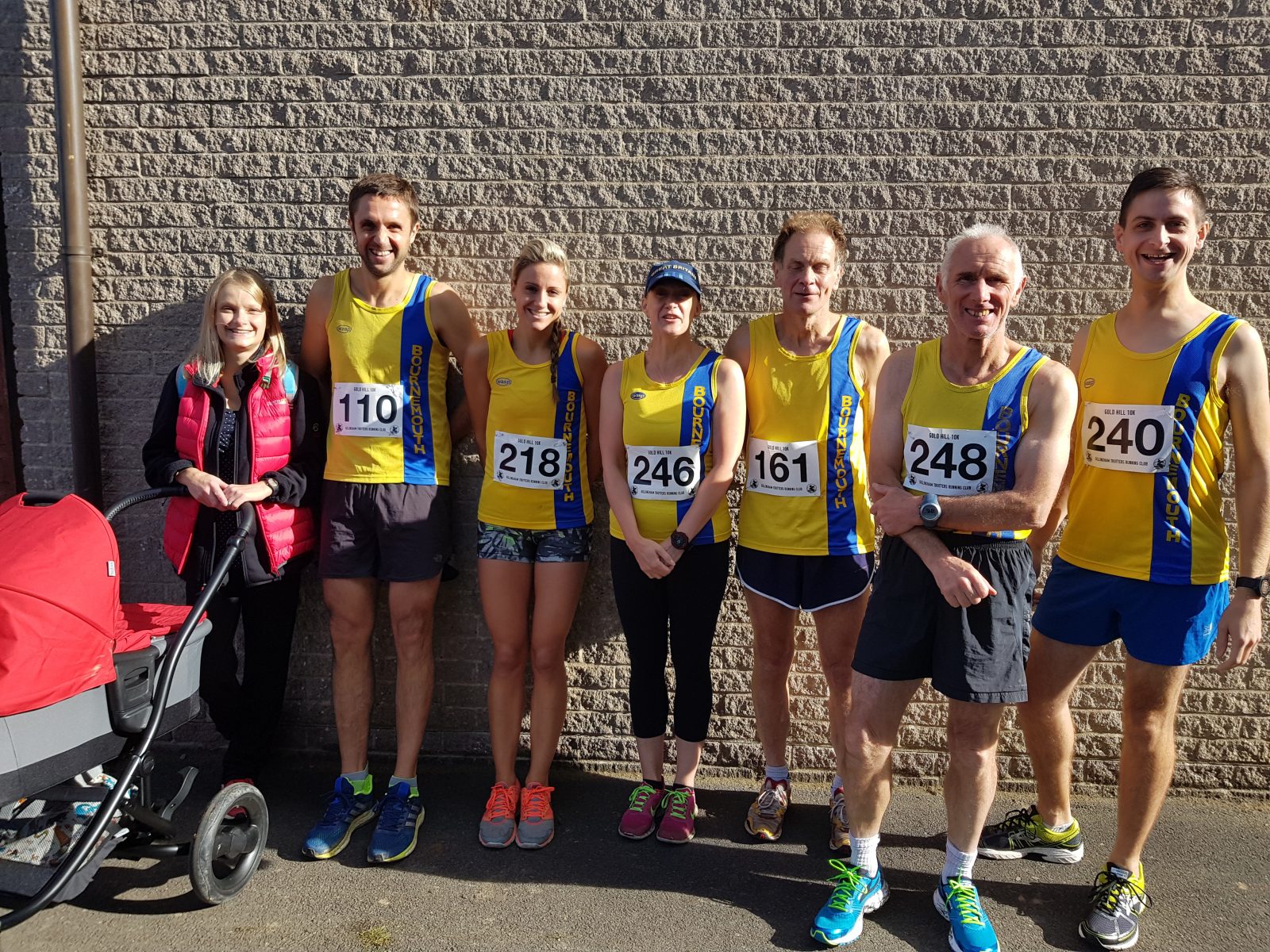 An unfortunate fixture clash placed the next Dorset Road Race League fixture, the Gold Hill 10k, on the same weekend as the Bournemouth Marathon Festival. That meant team captain Rich Nelson was set for another difficult task in getting a team together. Nevertheless, he did somehow manage it, with a team of five men and three ladies ready to brave the sumptuous slopes of Shaftesbury.

It would probably be a fair assessment to say that some BAC members were secretly glad they’d already pre-booked their races for the Bournemouth Marathon Festival given that the Gold Hill 10k is notorious for being one of the toughest local races around.

The course has a combined elevation gain of approximately 870ft and features a constant theme of undulation throughout. The route also incorporates the iconic Gold Hill, the setting from the famous Hovis advert of 1973 that was directed by Ridley Scott and was voted Britain’s favourite advertisement of all time. 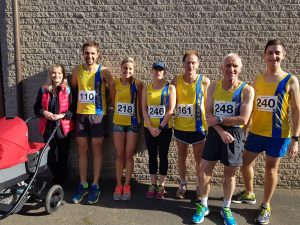 Hills like that are  bead and butter to Jez Bragg and he rocketed round the course in 38 minutes 46, earning him 8th place in the standings. Jez is renowned for pushing himself to the absolute limit, taking part of races like the Dragon’s Back, a 315km mountain ultra run over 5 days and featuring 15,500m of ascent.

For an athlete of Jez’s ilk to say that Gold Hill is a tough race says it all really. Although he’s used to ascents of biblical proportions, when you’re hitting them at 10k pace they smack you hard.

Jez admits that he set off a bit too quick and paid the price for that toward the end of the race. He was 4th going into the last kilometre but dropped a few places before crossing the line. He still managed to finish around a minute quicker than he’s done the course before so it was still an excellent performance.

Another man who is no stranger to tough races is Pat Robbins. Pat competed in the 24 hour World Championships earlier in the summer where he covered almost 150 miles. Gold Hill is a very different kind of tough though and Pat had to use all of his tremendous talent and tenacity to do as well as he did. Pat was pleased with his time of 40:45 which put him in 14th place.

The BAC member over the line was Jud Kirk who took 52nd place in a time of 45:50. Given the profile of the course, Jud was quite pleased with the way he ran in a race where it was really a huge sense of achievement just to finish.

Heading up the proceedings for the ladies’ team was Harriet Slade who came in 55th place in a time of 45:59. Harriet had been ahead of Jud for most of the race but in the end he just pipped her to the post.

As fourth placed female overall, Harriet made another valuable contribution to the scoring for the ladies who are still hopeful of winning the league if they can get enough interest from the two remaining fixtures. Her teammates will certainly be hoping Harriet joins them for more road races in the near future.

Taking 2nd place vet lady for the second year running, Yvonne Tibble finished in 69th place overall in a time of 48:14. Yvonne enjoyed the race, taking in the stunning picturesque views as she scaled the heights.

Having ran it last year, she was fully aware how tough the hills were and didn’t let the memories from her previous experience deter her and she had decided she would be prepared to take on for the team on this occasion. She also managed to acquire a second rather pretty hand painted, glazed bowl to go with the other she won in the previous year, meaning she now has a matching pair. 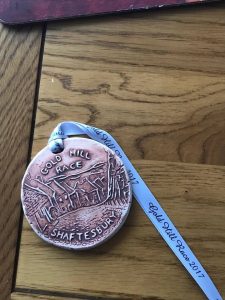 “Absolutely horrific was Steve Parsons synopsis of the race. He found the relentless hills very tough going and found that when he wasn’t running up a steep hill he was coming down one, which wasn’t much better.

The second half of the race was virtually all uphill and felt extremely demoralising to Steve, particularly when having to drop down steeply, knowing you would be having to climb all the way back up again.

The gradients were pretty crazy and the last hill right at the end of the race felt ‘like torture’ to Steve. The constant up and downs made it very difficult to maintain a rhythm during the run. He recalls one section of the course where he came hurtling down the hill flat out only to be greeted by a really steep climb immediately after, forcing a difficult change of pace.

Steve finished in 79th place with a time of 50:54, having completed the first 5k in 23:15 and the second half in 27:17. That gives a good indication of just how much tougher the second half of the race is.

The last hill sticks out in Steve’s memory was the final hill at about 9.5k, which was ‘like a wall’. He finished in 79th place with a time of 50:34. With very sore legs after the race, in particular his calves, Steve was finding getting down the stair extremely difficult.

In the immediate aftermath he said he’d never do it again, but after falling the wrong side of 50 minutes, he might be tempted to give it another go once the memory of it has faded a little bit.

One man who has done the race more than once is Ian Graham. He’s done it a few times in fact, but always seems to have managed to forget how hard it is until he’s back in the thick of it again.

It was Ian’s first race for six months or so, having spent a significant amount of time on the side-lines  through injury. It was good to see Ian back in action and he was indeed the rock holding the team up, finishing in 126th place with a time of 56:06

Third across the line for the BAC ladies was Samantha Laws, who came in 215th place with a time of 1 :11:01. Sam found the race challenging both mentally and physically but in the end completed it in a commendable time.

She was particularly keep on the medals that were handed out to all the finishers. They were actually all hand made from clay, making them rather unique in comparison to the standard bling you normally get.