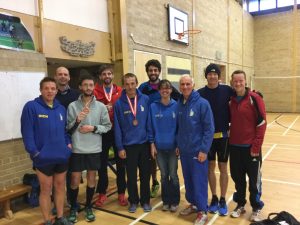 There were a number of BAC successes on Sunday 9 October, including individual wins in the 60th Isle Wight Marathon (Peter Thompson) and in the Studland Stampede (Phil Mosley), but, from the club’s point of view, perhaps the most spectacular result was at the Gold Hill 10k, where Jacek Cieluszecki and Toby Chapman led a BAC charge of individual and team wins and trophies. 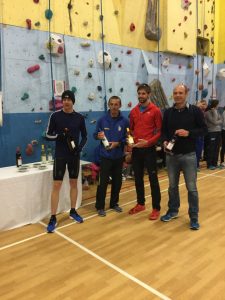 The Gold Hill 10k race, held in glorious weather starting and finishing in Shaftesbury, was particularly important as it was the tenth of the twelve Dorset Road Race League events for 2016, in which BAC‘s men and ladies are defending their Division 1 titles of last year.  So it is very pleasing to report that the first four athletes to cross the line were wearing BAC vests, namely Jacek, Toby, Ross Smith and Alex Goulding, who made up the winning Open mens’ team of the day.  Not far behind Alex was Tom Paskins, completing the winning DRRL team.  Leading the ladies’ BAC DRRL team was Nikki Sandell, supported by Yvonne Tibble and Joy Wright.  BAC more or less dominated the prize giving, with very attractive and unique ceramic bowls going to Jacek and Toby as 1st and 2nd males, Alex as 1st veteran male, Nikki and Yvonne as 1st and 2nd female veterans, and bottles of wine each to Jacek, Toby, Ross and Alex as the winning team.  In addition, the opportunity was taken to present Jacek and Toby with their London Marathon medals, and Nikki with her Hampshire Cross Country League trophy.  Jacek and Toby were part of the BAC team which achieved third place in the England Athletics Marathon Championships held in conjunction with the London Marathon in April, with their times of 2.28.27 and 2.31.38 respectively.  The third member of the team was Steve Way with a time of 2.20.50.  Nikki won the trophy as 4th veteran lady in last season’s Hampshire Cross Country League – no mean feat in a league of this quality.  No fewer than 13 BAC athletes made the journey to Shaftesbury, with Ross cycling all the way there and back from Poole, Toby travelling from his home in Taunton, and Marcus O’Toole, who had an appointment in Scotland the next day in connection with his work, driving to Shaftesbury, running the race, and then continuing his drive to Scotland!  It was a very enjoyable and successful day at this race for BAC, contributed to by everyone, winners or not, who took part. Please see below for the full BAC results and more photographs……………………………… 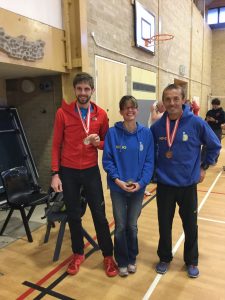 Meanwhile, across the Solent, Peter Thompson was competing in, and winning, the longest continuously running marathon in the UK, the Isle of Wight Marathon.  This year was special, as it is exactly 60 years since the first.  The IOW Marathon was also always regarded as one of the toughest, starting in Ryde with a course over some of the hills in the east of the island, but, to take advantage of quieter roads, the marathon now starts and finishes in Cowes, with a course taking in the west of the island.  Still tough though, and Peter ran very well to finish the first of 240 competitors in 2.40.28.  Having won the New Forest Marathon as recently as 11 September, Peter is developing a habit of winning marathons!

Back on the mainland on the same day, 426 athletes completed the 7 mile, approximately, Studland Stampede, an off-road race starting and finishing on the beach at Studland, won by our very own Phil Mosley in 46.42, and in 11th place was Max Catterall (51.37), followed by Joe Price, 54th in 59.03.

Over the weekend, Andy Gillespie was taking part, as he does every year, in the Atlantic Coast Challenge, a gruelling event over three days, from Padstow to Lands End, a total of 78.6 miles, made up of a marathon a day.  It is described as “wild and rugged, steep climbs and descents” and even counts as a qualifier for the North Face Ultra – Trail du Mont Blanc.  Unfortunately, Andy suffered severe asthma attacks during the first day, Friday 7 October, and received very firm medical advice (and urging from his wife!) not to participate in days 2 and 3.  In the circumstances, Andy did very well to complete day 1 in 5.45.27, to finish 90th of a total of 238.  As the event counts as three separate marathons, with an overall result for those who complete all three, Andy‘s achievement counts as a perfectly valid result.  Andy says: “I will regroup and be back”!  Hopefully it won’t be too long.

The first Wessex Cross Country League fixture of the season also took place on 9 October at Canford Heath.  As yet, the results haven’t been published, but in due course this report will be updated with any BAC participation. 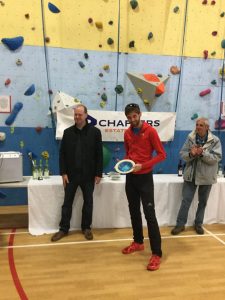 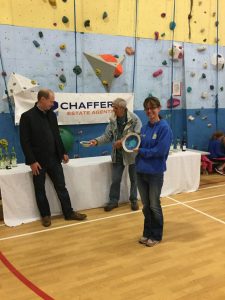 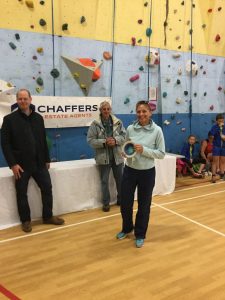